From Motel to Museum: The National Civil Rights Museum in Memphis 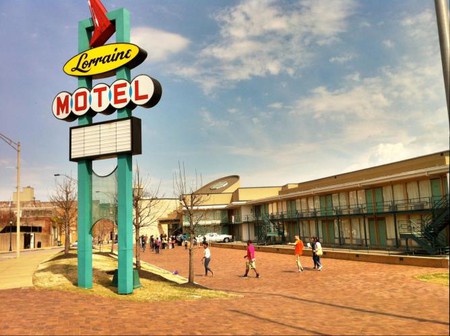 The National Civil Rights Museum in Memphis, Tennessee, is set in the modest yet deeply significant building of the former Lorraine Motel. American civil rights leader Martin Luther King Jr stayed in Room 306 of the motel in April 1968; it was here, on the hotel balcony, that King was assassinated. Since 1991 the motel-turned-museum has documented the long struggle against racial discrimination in America. 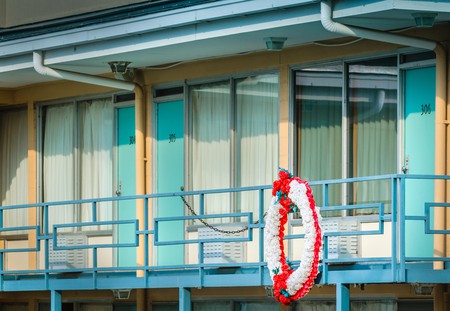 By 1968, the American Civil Rights movement had already achieved major victories through non-violent civil disobedience; the Civil Rights Act of 1964 banned discrimination “based on race, colour, religion, or national origin” in federal employment; the Voting Rights Act of 1965 protected voting rights of the predominately black minority. Yet de facto segregation persisted in cities across America. So in April 1968, Dr King and his associates travelled to Memphis to support the strike of sanitation workers pushing for an end to discrimination and poor working conditions.

Despite death threats, King delivered his ‘I’ve Been to the Mountaintop’ speech on April 3 in Memphis. On April 4 1968 Martin Luther King Jr – clergyman, Nobel Peace Prize laureate and leader of the American civil rights movement – was gunned down on the balcony of the Lorraine Motel in Memphis, Tennessee, just before having supper with a few close friends. 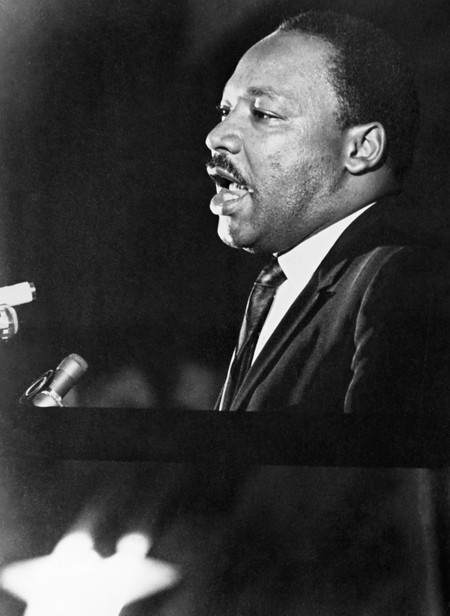 Martin Luther King Jr was in electrifying form when delivering his ‘Mountaintop’ speech at the Mason Temple in Memphis, Tennessee. | © Granger/Shutterstock

The next morning, newspapers across the country announced the news to a shocked nation. ‘Martin Luther King is Slain in Memphis; A White is Suspected; Johnson Urges Calm’ read the headline of the New York Times on April 5 1968. As people across the nation mourned King’s death, and racial riots sprang up in major urban centers across the country, the Lorraine Motel became a horrifying focal point of the civil rights movement.

Following King’s death, Room 306 of the Lorraine Motel became an unofficial memorial to King, yet continued to serve as a motel until 1988 in preparation for its transformation into a civil rights museum. Dedicated on July 4 1991, the National Civil Rights Museum opened its doors to the public on September 28 of the same year.

The National Civil Rights Museum traces the history of the civil rights movement in America, from the introduction of slavery in 1619 to Jamestown, Virginia, through the great struggles of the 1950s and 1960s to the present. Not only serving as a memorial to Dr. King, the museum is now dedicated to educating the public about the American Civil Rights movement as well as linking the struggle to human rights movements on a global scale. 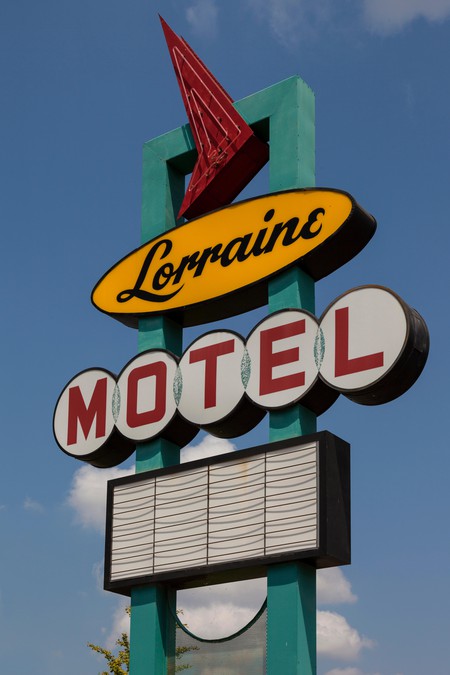 The National Civil Rights Museum at the Lorraine Motel in Memphis, Tennessee. Since its opening, the neighborhood has transformed into an arts hub | © Galit Seligmann Pictures / Alamy Stock Photo

Visitors to the museum can see a replica of the bus used during the 1955 Montgomery Bus Boycott, during which Rosa Parks, alongside residents and key members of the civil rights movement, famously protested against racial segregation in Montgomery, Alabama. Around the corner a ‘whites only’ lunch counter from the sit-ins in Greensboro, North Carolina, commemorates the non-violent protest against segregated seating.

Other exhibits at the National Civil Rights Museum focus on the historical significance of the Lorraine Motel building itself. During segregation, the motel accommodated musicians travelling to Memphis, including Ray Charles, Aretha Franklin and Otis Redding. As the site of Dr King’s assassination, the museum traces the history of the investigation into King’s murder by James Earl Ray as well as the numerous conspiracy theories that have arisen since. More recent exhibits at the museum link the American Civil Rights movement to global human rights struggles and also reflect on the role of African American women in the fight for equality and freedom.

The National Civil Rights Museum is located in the historical art district of downtown Memphis. Since the opening of the museum, the area around the former Lorraine Motel – once a predominately working class black neighbourhood – has controversially been transformed into a hub of the arts in Memphis. In 2001, the museum was expanded into the old boarding house across the street from the Lorraine, and in 2013 and 2014 the museum underwent a major $27.5 million renovation. Meanwhile, Lorraine Motel’s former housekeeper Jacqueline Smith, who was evicted in 1988 when the was motel closed, has been holding an ongoing one-woman protest against the museum for over 30 years.