A Tour of "Nashville's" Filming Locations 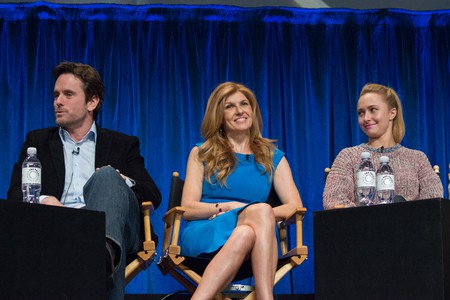 Since 2012, Nashville has captured the hearts of viewers by following the interwoven lives of country music singers. The filming is as authentic as it gets, shooting in some of the most famous spots in Nashville. Here’s where you can relive all of your favorite moments from the ABC/CMT show.

In East Nashville, there’s a section where five streets meet; it’s known as “5 Points,” and it’s where you’ll find several bars, boutiques, and cafés where locals in the eclectic neighborhood frequent. In season 5 of Nashville, Clayton Carter played music on a sidewalk at 5 Points.

One of the most prominent and well-known music venues in Nashville is The Bluebird Cafe. Songwriters perform at open mic night, and many successful country artists got their start by playing at the café. There’s a full dinner menu, along with drinks, and live music every night. This legendary venue is where everyone on Nashville has performed. It’s also where Gunnar encourages Scarlett to pursue a career as a singer-songwriter.

Located close to Vanderbilt University on West End Ave., the Loews Vanderbilt Hotel is a high-end venue with club level rooms and suites, a restaurant, a bar and a convenient location just minutes from downtown. In season 2 of Nashville, all the hotel and bar scenes in episode 7 were shot here.

Nashville’s premier park is home to a mile-long walking trail, an arts activity center, a dog park, and the Centennial Art Center. This park is also where you’ll find the Nashville Parthenon, which is a full-scale replica of the Athenian temple in Greece. In the first episode of Nashville in season 2, Juliette performs a concert at The Parthenon. This spot by the pond is also where Gunnar proposed to Scarlett at the end of season 1. 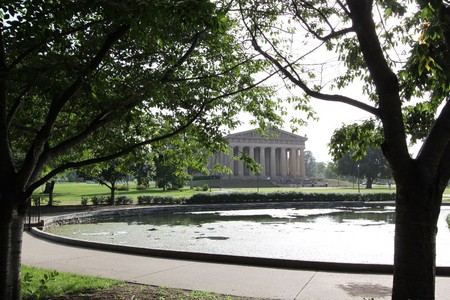 Originally a grocery store, then a pharmacy, and now a soda shop, this Nashville spot is on the National Register of Historic Places. With a ‘50s diner vintage vibe, Elliston Place Soda Shop is open seven days a week for breakfast, lunch, and dinner. Scarlett and Gunnar dined here in season 5 of Nashville.

With three levels and a building that dates back to 1892, Merchants Restaurant is located downtown. The first floor is a bistro that serves standard fare and cocktails; the second floor is only open for dinner with more refined meal options, and the third floor is a private dining space. During season 3 of Nashville, this is where Layla and Jeff met a blogger for an interview with Layla. 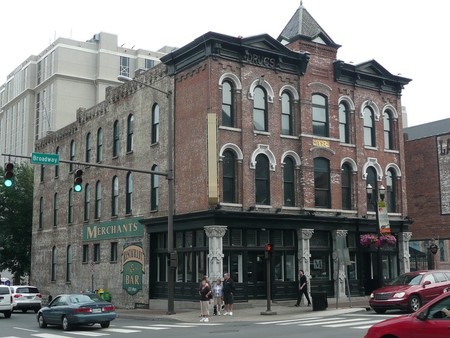 Established in 2010 in the Edgefield neighborhood of East Nashville, Sky Blue Cafe serves breakfast and lunch all day, every day. Local coffeehouse Drew’s Brews provides all the coffee, and Bagel Face Bakery, down the street from the café, makes all the bagels. Juliette and the musical quarterback ate here in season 1 of Nashville, and Scarlett met Deacon for coffee here in season 5.

I Dream of Weenie

Located in East Nashville’s 5 Points area, I Dream of Weenie is a modified VW bus/food truck that serves charcoal-grilled hot dogs. The “weenery” offers all beef weenies, turkey weenies or tofu weenies. A scene from Nashville was filmed outside here during season 3. 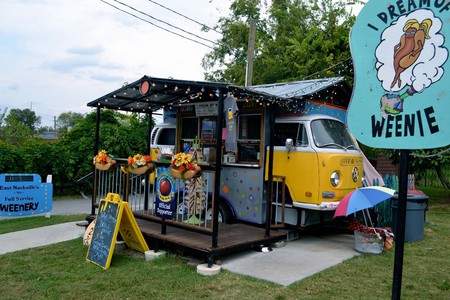 A bluegrass music venue located in “honky tonk central,” Layla’s Bluegrass Inn plays live music seven days a week. This venue appears on the TV show when Scarlett goes with Hailey to get over Avery and sings Johnny Cash’s “Ring of Fire.”

At Watermark Restaurant, you’ll find American fare with Southern flair. The fine-dining establishment has floor-to-ceiling windows, a gorgeous view of downtown Nashville, and a dinner menu with exquisite cuisine options. This restaurant is where Scarlett and Gunnar had dinner with their publisher.

A post shared by Watermark Restaurant (@watermarkrestaurant) on May 6, 2016 at 12:04pm PDT