A Brief History of How Nashville Became "Music City" 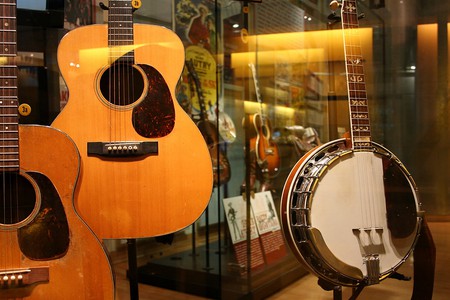 Anyone who’s been to Nashville has probably also heard it referred to as “Music City.” But there isn’t much said about the moniker unless you’re familiar with the history. Here’s how it earned the famous nickname, according to legend.

The history of music in Nashville dates back to the late 1700s when the settlers celebrated with fiddle tunes after arriving on the shores of the Cumberland River. Nashville eventually became a national music publishing hub, thanks in part to the Fisk Jubilee Singers, an a cappella singing group made up of African-American singers who hail from Fisk University. Founded by the American Missionary Association, the predominately black college set the goal of educating freed African Americans. In conjunction with this mission, the Fisk Jubilee Singers set out to raise money for the university.

Lesson in BHM! ✊🏾✊🏽✊🏿 Remembering & honoring The #FiskJubileeSingers! In the 1870s these phenomenal college choir traveled around the world spreading the Gospel of Christ with song. With their #NegroSpiritual sound they were invited to the White House to sing for President Ulysses Grant! 👏🏾 Wow! What a great legacy! 💯 #BlackExcellence #BlackHistory #SwingLowSweetChariot #LoveMyPeople

One theory regarding the start of “Music City” involves the Fisk Jubilee Singers. During a tour of Great Britain and Europe in 1873, the group performed several songs for Queen Victoria. Among those songs were “Steal Away to Jesus” and “Go Down Moses.” After hearing the singers, Victoria was so impressed that she supposedly said they “must be from the music city.” However, the Jubilee Singers’ director, Paul T. Kwami, does not believe that story to be true, instead claiming that the name “Music City” can be attributed to a radio DJ who referred to Nashville using that name. 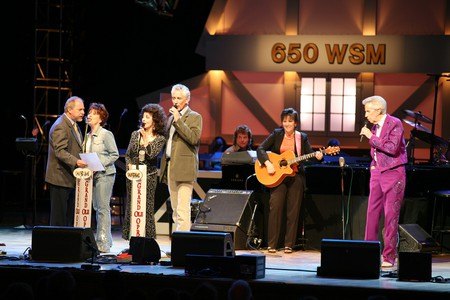 The DJ that Mr. Kwami is referencing is David Cobb. In 1925, Nashville radio station WSM-AM, along with its broadcast, The Grand Ole Opry, was formed, and rumor has it that Cobb referred to Nashville as “Music City” during a 1950 broadcast. Today, the Opry is America’s longest-running radio show.

While either of these theories, or even both, could be true, there’s no doubt that Nashville continues to be a city with a thriving music scene. Every day, live music is played in the dozens of venues across town, boasting the sounds of music from every genre. Local, national, and world-renowned musicians grace the stages of these establishments, securing the city’s reputation as the most musical spot in the South.