The Best Hotels to Book Near Fort Sumter, South Carolina 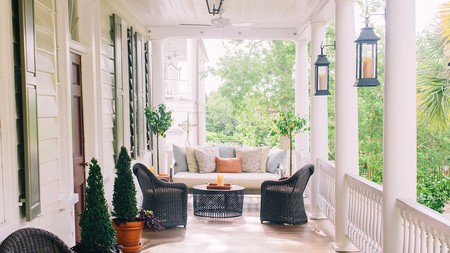 This Charleston landmark is alive with history and essential viewing. Book a hotel near Fort Sumter via Culture Trip and you’ll be all set up for sightseeing.

Charleston, South Carolina, is a city jam-packed with history. Beyond its colonial beginnings, Charleston was also known for its key role in the slave trade and as a Confederate stronghold – this is perhaps the most evident at Fort Sumter, just off the coast of Charleston, where the Civil War’s first shots rang out. The fort has now been converted into a national park – along with nearby Fort Moultrie, on Sullivan’s Island – and can be reached by ferry from mainland Charleston or from Patriots Point Naval & Maritime Museum in Mount Pleasant. If you’re looking to visit the old fort’s grounds while in town, you’ll want to stay at a hotel nearby: read on for our top picks in Charleston, South Carolina, near Fort Sumter. 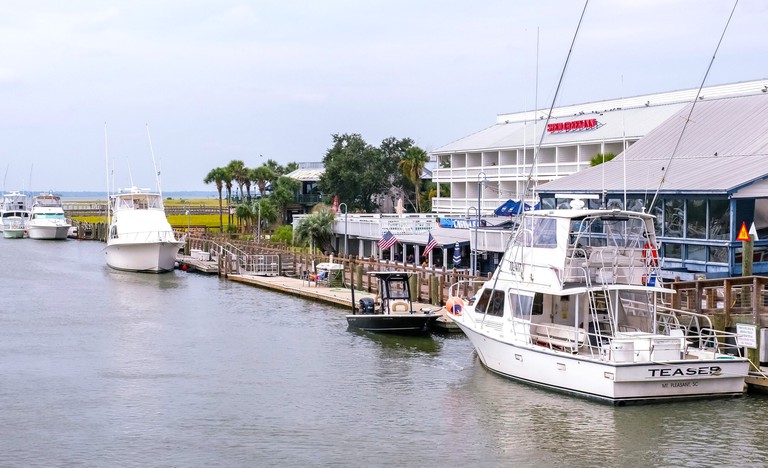 Courtesy of Fort Sumter, South Carolina / Expedia
If you’re looking to spend your vacation, as well as the journey to Fort Sumter, on the water, then Shem Creek Inn in Mount Pleasant is just the place. It’s the only hotel on the Shem Creek waterfront, and you can easily kayak or boat up and down the channel. It’s close to some killer seafood spots – try the shrimp or scallop baskets at Red’s Ice House for a no-frills, down-’n’-dirty dinner, or the raw bar at the French-inspired NICO for a more refined evening. And, best of all, it’s just a short drive from the Fort Sumter ferry leaving from Patriots Point. 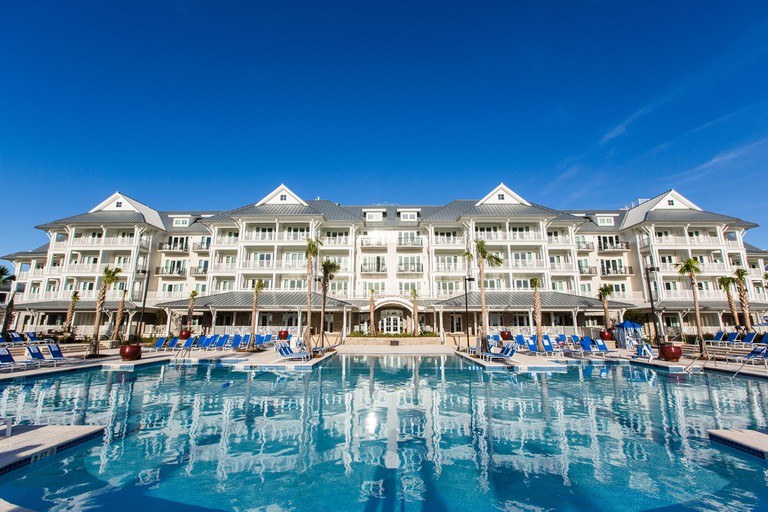 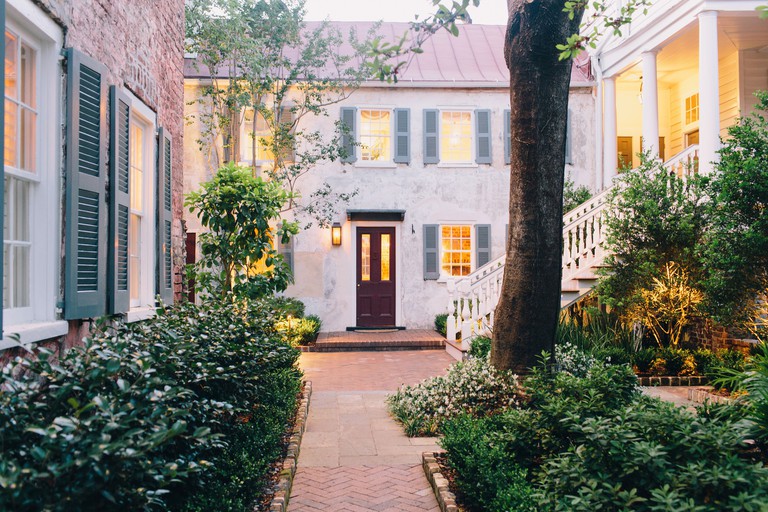 Courtesy of Zero George / Expedia
Yes, that is the hotel’s real address – the early-1800s buildings that make up Zero George predate just about anything else on the block. Comprising three former homes and two carriage houses, Zero George and its suites draw heavily on European inspirations, including hand-laid marble and tile floors, hand-carved armoires with separate parlor and study areas. Conveniently enough it’s just steps from Bay Street, and is handy for Charleston’s Marion Square along King Street, Gadsdenboro Park and the ferry from the Fort Sumter Visitor Education Center. 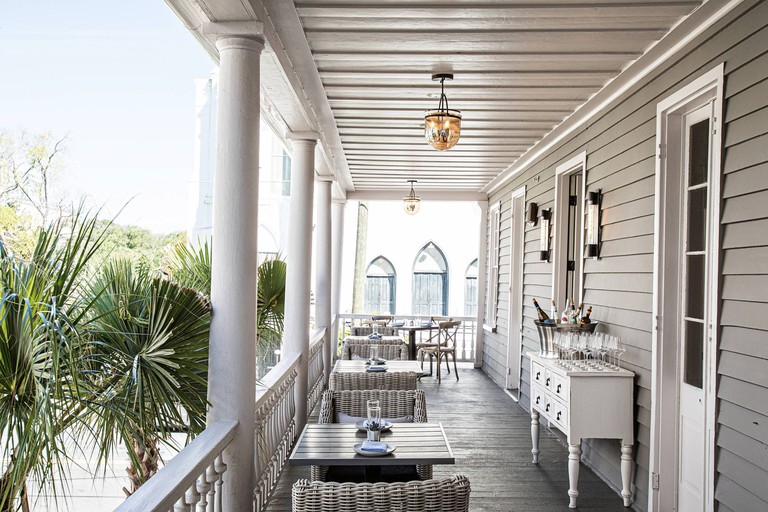 Courtesy of Hotel Bella Grace / Expedia
This boutique hotel has the cosiness of a historic bed and breakfast with all the benefits that come with being a Marriott property – plus you can use your points here. Rooms are sleek and modern, with marbled wallpaper and stainless-steel appliances and are tailor-made for extended stays. Here, you’ll be close to King Street, just under two blocks away, and a 10-minute walk from the ferry that serves Fort Sumter; not to mention you’ll be right next door to the International African American Museum when it opens in 2022. Don’t forget to try out the Delaney Oyster House back at the hotel, where you can slurp down freshly caught bivalves and chomp down on a crispy fish-fillet sandwich. 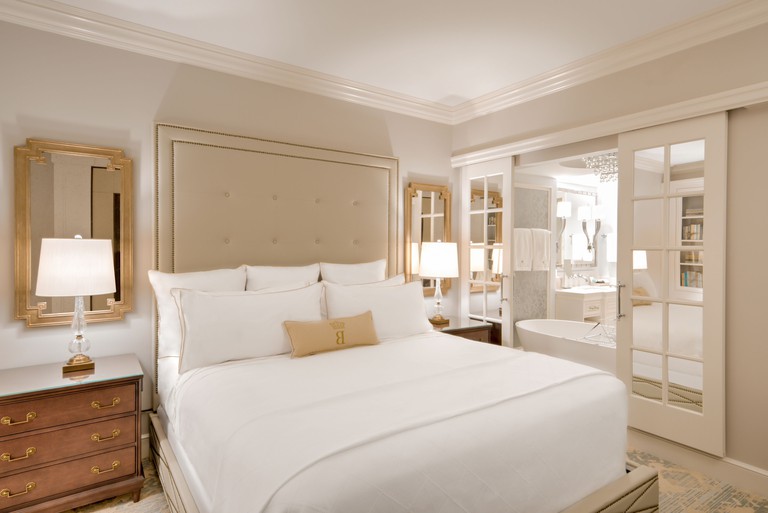 Courtesy of Hotel Bennett / Expedia
You’ll be right in the heart of the action at Hotel Bennett, just off one of Charleston’s biggest highlights – Marion Square. Gaze over the leafy park below from your room, which is stuffed with amenities including a soaking tub, floor-to-ceiling armoires and built-in bookshelves. Opt for the King’s Club experience to be thoroughly pampered – rooms come with a terrace view of King Street, food and drinks from the chef de cuisine arrive all day, and your itinerary will be fully customised from the moment you arrive. 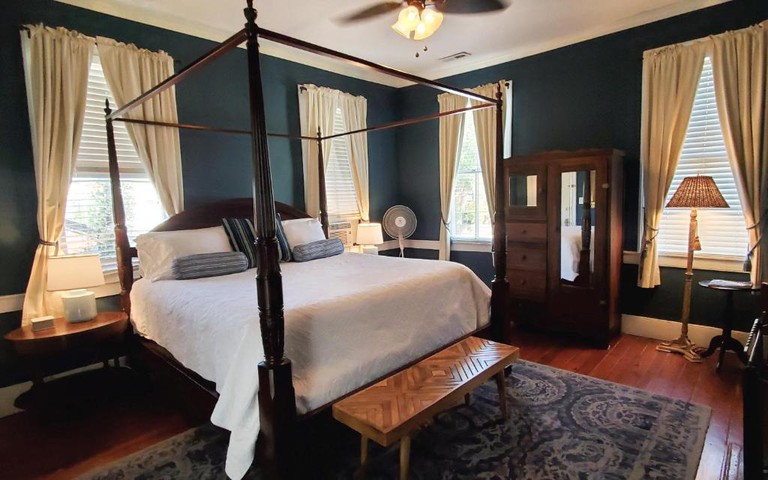 Courtesy of Bijou Boutique Inn / Booking.com
This quaint bed and breakfast – a mid-19th century inn – is full of history, with five rooms named after the local flora. Elegant, time-honoured details include four-poster beds, woven rugs and even the old fold-up ironing board in the bathroom. Before you head out for the day, grab breakfast downstairs; besides the standard fare – piping hot coffee, warm bagels and fresh fruit – the breakfast bar includes homemade goodies like chocolate-espresso banana bread. After you’ve eaten, you’re easily within walking distance of the Fort Sumter ferry to the north and Joe Riley Waterfront Park to the south. 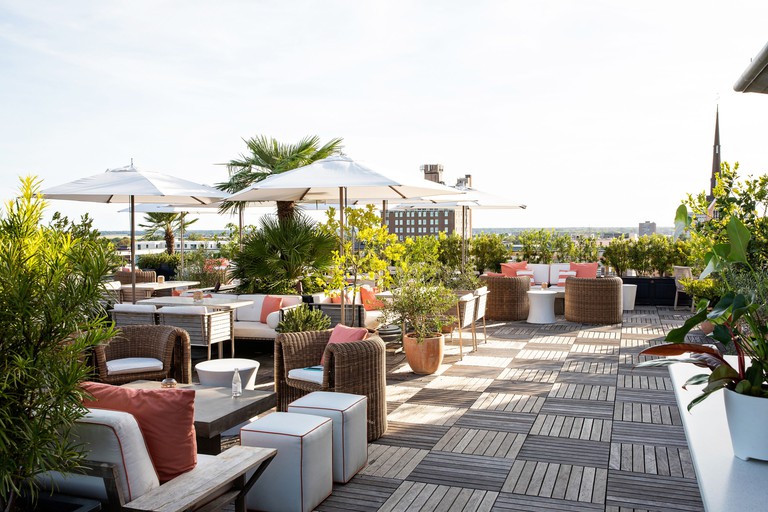 Courtesy of The Dewberry / Expedia
A stay at the Dewberry makes getting around Charleston a breeze – forget the fuss of parking garages or meter-feeding. Here, you can opt for a spin on one of the hotel’s 21-gauge bicycles, or book one of the house cars for the evening. Back at the room, it gets even better – The Dewberry drew heavily on mid-century design when renovating the old 1960s federal building that once inhabited the space. Expect rooms with floor-to-ceiling windows, cast iron tubs and attractive gold accents. On the rooftop, the Citrus Club – the highest terrace in town – whips up fruity cocktails from brunch to well past sundown. 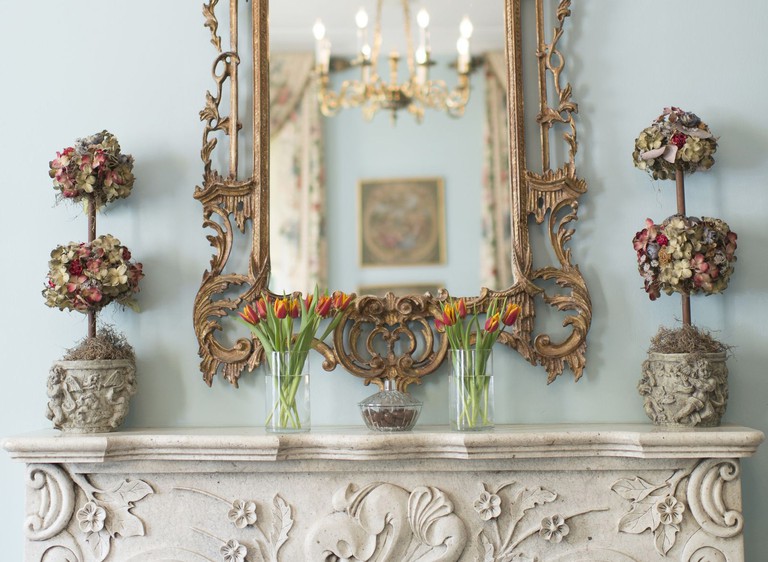 Courtesy of Barksdale House Inn / Expedia
This classic bed-and-breakfast is in the heart of Charleston’s Historic District, and it’s a local landmark for good reason. Most likely built in the late 1700s, the inn has retained many of its age-old details, such as the original wood floors, 18th and 19th century fabrics and sculpted plaster moldings above the chandeliers. Depending on which of the 14 rooms you choose, you’ll find four-poster beds, ornately upholstered loveseats and dark wooden armoires. Conveniently enough, you’ll be just two blocks south of Marion Square and a few blocks over from the Fort Sumter ferry. 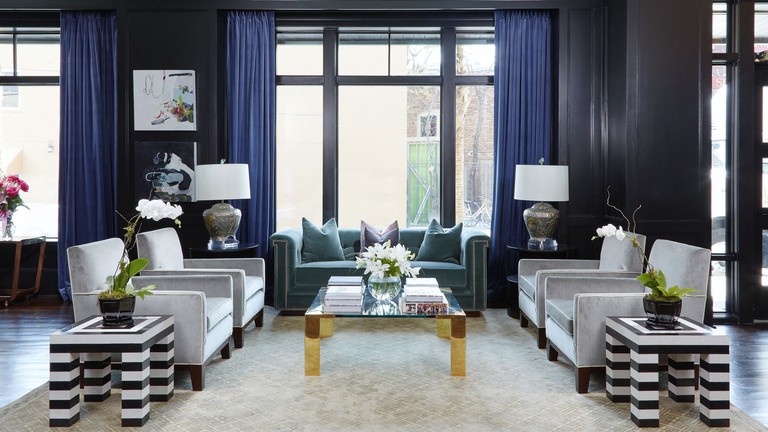 Courtesy of The Spectator / Expedia
Just off Market Street downtown, The Spectator bills itself as “Southern allure meets Jazz Age exuberance”. This translates into rooms full of art deco-informed details: blue-velvet headboards, gold-accented light fixtures and slick black-and-white custom-made closets. The Spectator’s biggest selling point though? A personally appointed butler, who can handle all kinds of tasks during your stay – from shoe-shines to ironing that dress shirt that got wrinkled in your suitcase. You won’t even need to get out of the bed in the morning, as breakfast is delivered straight to your doorstep. For a nightcap, head to the bar for a few Prohibition-era cocktails. 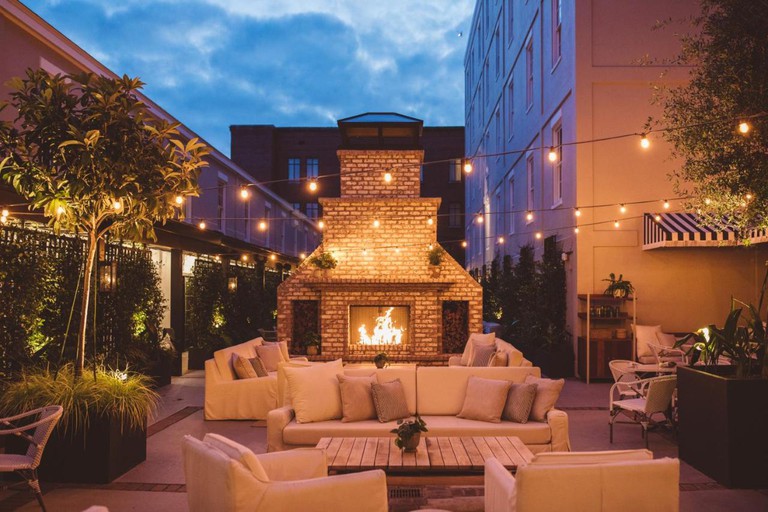 Courtesy of Hotel Emeline/ Booking.com
Constructed in 1852 as a wholesale grocery store, 181 Church Street has led many lives. The most recent is Emeline: a svelte boutique hotel overlooking the Historic Charleston City Market. Rooms are painted a rich blue-green and furnished with mid-century-style buffets and built-in closets. Luxurious touches include custom-embroidered pillows, vanity sets sculpted by a local artist and a sparkling-water dispenser. In the morning, grab a cold brew (or a soft-serve cone) from Clerks Coffee Company downstairs. Explore Fort Sumter in the afternoon, hopping aboard the ferry along the way. After dark, return to Emeline to check out the saloon-style bar and freshly caught fish at Hank’s Seafood Restaurant next door.

For more excellently located Charleston hotels, see the best hotels near the City Market, bookable through Culture Trip. If you want to stay in South Carolina while also keeping in touch with the great outdoors, check out the best campsites in the state. Find out where to see fall foliage, too. Alternatively, be a dark tourist by daring to see the most haunted spots in Charleston.