The Best Hotels to Book in Philadelphia 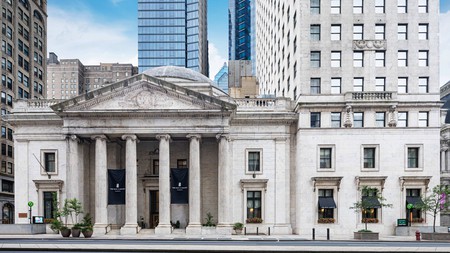 Known as the City of Brotherly Love, Philadelphia is full of American history – attractions like the Liberty Bell and Independence Hall draw millions of visitors every year. Dating back to the Colonial or Victorian periods, some of the city’s historic buildings have since been converted into beautiful hotels, offering guests unique accommodation. Make the most of a trip to Pennsylvania with our guide to the best hotels in Philadelphia, all bookable with Culture Trip.

The Ritz-Carlton, Philadelphia, for Neoclassical charm 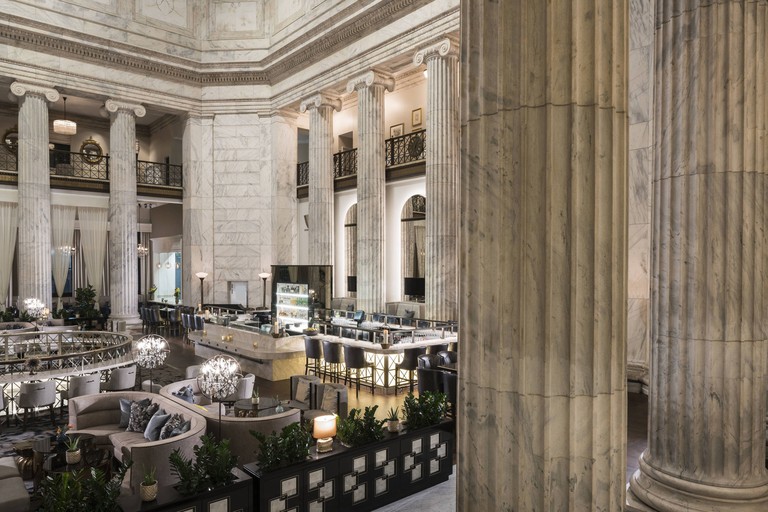 Courtesy of the Ritz-Carlton, Philadelphia / Expedia.com

Formerly a bank, this beautiful Neoclassical building modeled on the Pantheon in Rome dates back to the early 1900s. The Ritz-Carlton in Philadelphia looks like a stately government hall. Its interior is just as impressive as its columned exterior, with meeting rooms in the former vaults, grand ballrooms hosting many a wedding and a club lounge up on the 30th floor with a city panorama. The hotel’s Richel D’Ambra Spa is inspired by Balinese treatments, and the plush rooms are everything you’d expect from a Ritz-Carlton. Chef Richard Sandoval’s Latin-inspired menu at Aqimero focuses on a wood-burning grill and is served in an opulent dining room. 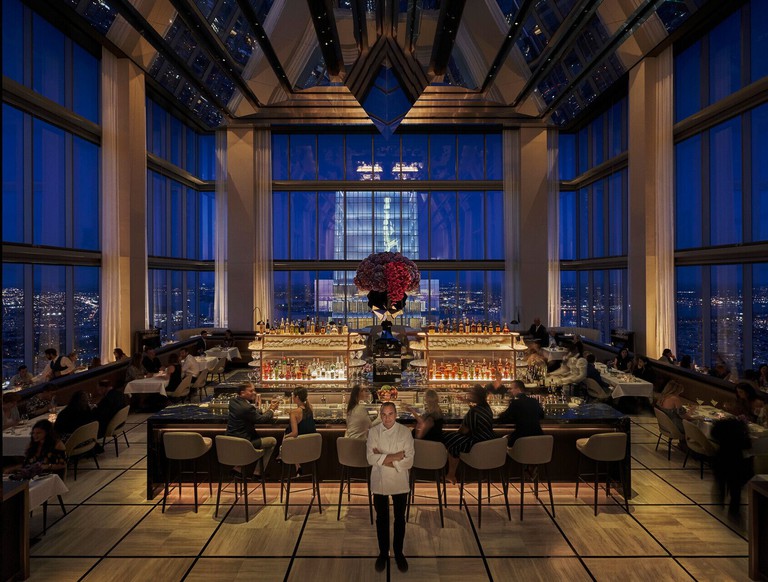 If the infinity pool floating above the city on the 57th floor doesn’t grab your attention, then perhaps the Michelin-star cuisine at Jean-Georges restaurant will pull you in. Smoked squab with a yuzu broth and seared beef tenderloin with an umami-rich miso glaze are served with a side-helping of city panorama. If seafood is more your thing, Vernick Fish has you covered with fresh oysters and tangy ceviche. Rooms are everything you expect from the five-star establishment, with floor-to-ceiling windows for city views, plush beds and sprawling suites on the top floors.

The Deacon, for minimalist modernism 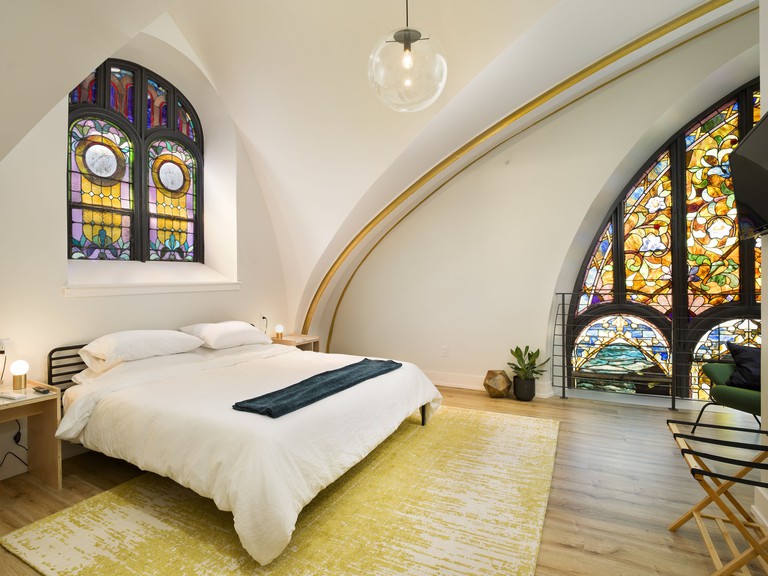 Courtesy of the Deacon / Expedia.com

This Philadelphia hotel was once a church and has been reimagined as a sleek, modern space. Design is predominantly minimalist – gallery-white walls and pristine linen – but Bauhuas-influenced touches bring the place to life. The original stained-glass windows and golden arches remain in some of the eight rooms. The streets around the hotel are filled with cafés, bars and restaurants, but there’s a social shared kitchen if you want to cook for yourself, and a lounge with a pull-down project for a quiet night in.

W Philadelphia, for the sleek spa 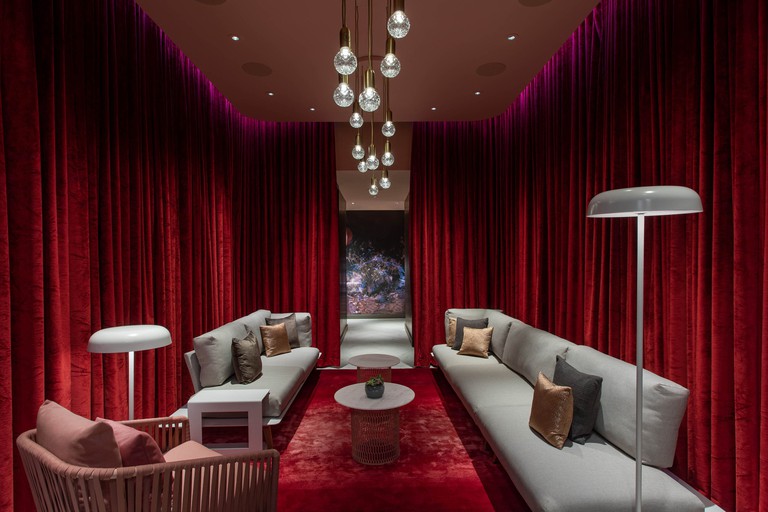 With Wow suites boasting skyline views and the most basic rooms labeled Wonderful, the W in Philadelphia is a slice of luxury within a towering skyscraper. The decor in sultry red, slate-grey and ink-black lend a sophisticated feel to every room, and floor-to-ceiling windows flood each one with natural light, giving way to sprawling city views. The spa is just as sleek, offering everything from body wraps to manicures. Come dinner time, Italian fare is served with pizzazz at Dolce; enjoy a nightcap on the roof terrace’s WET Deck Bar. 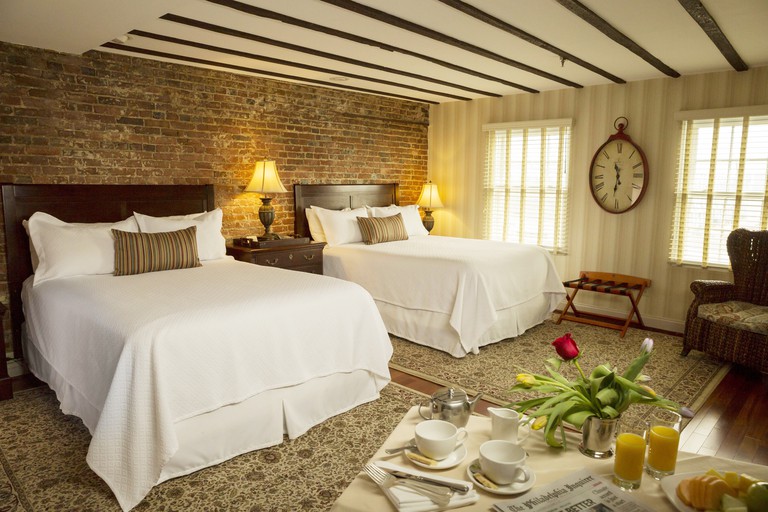 Courtesy of Penn's View Hotel / Expedia
Overlooking bustling Market Street and a short walk from Penn’s Landing and Independence Hall, this historic hotel is in a prime location for visiting the main sights. Many of the rooms at Penn’s View include exposed brick walls, balconies and fireplaces – plus guests have a view of the Ben Franklin Bridge from the hotel entrance. For convenience, the hotel provides a fitness room and a complimentary continental breakfast, while the on-site restaurant, Panorama, has won multiple awards for its extensive wine selection. 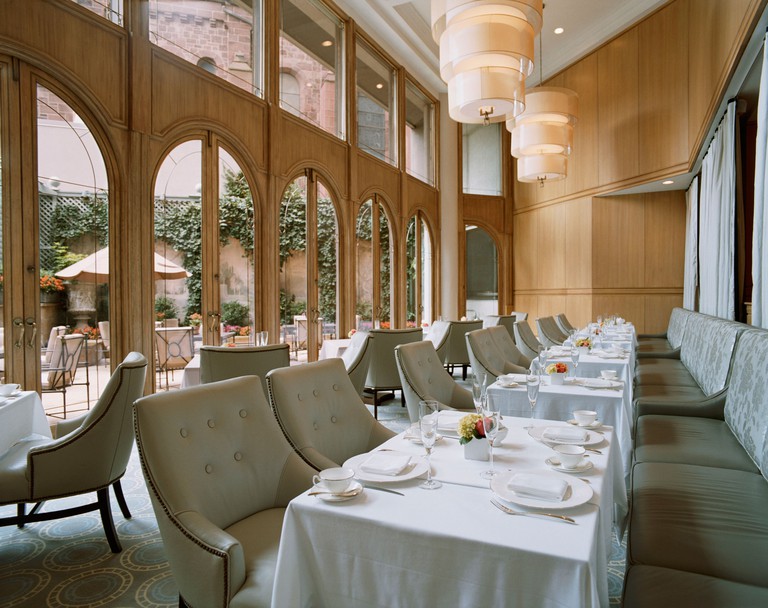 Courtesy of the Rittenhouse / Expedia
This AAA five-diamond hotel is full of lavish rooms and suites and is across the street from Rittenhouse Square Park. Several of the suites hold separate seating areas for prime relaxation, as well as fully equipped kitchens or four-poster beds. The Rittenhouse includes four different dining options, ranging from a simple cocktail bar to an upscale restaurant, in order to make any visit as comfortable as possible. 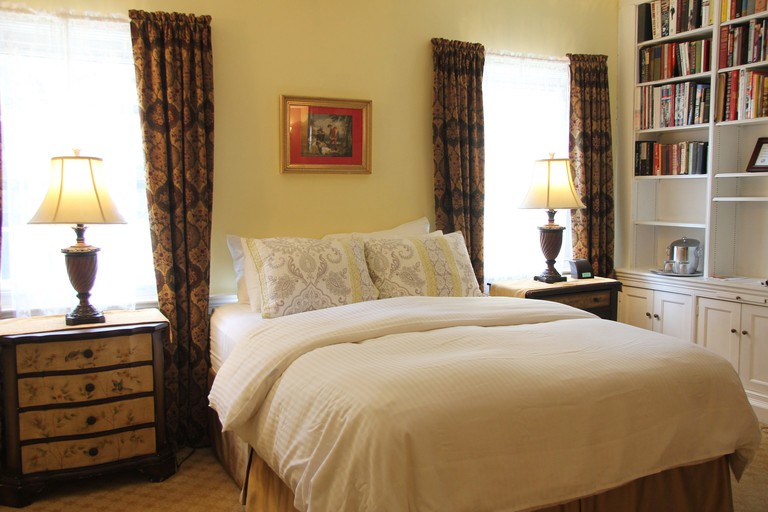 Courtesy of Morris House Hotel / Expedia
Originally the home of the Morris family during the Colonial period, the Morris House Hotel was built in 1787 and is now a National Historic Landmark. Guests can stay in one of the period-style rooms, complete with armoires and Victorian writing desks. Enjoy the weather in the outdoor garden of their on-site M Restaurant – which provides five-course meals, artisanal cheese platters and afternoon tea – to make the stay absolutely exquisite. 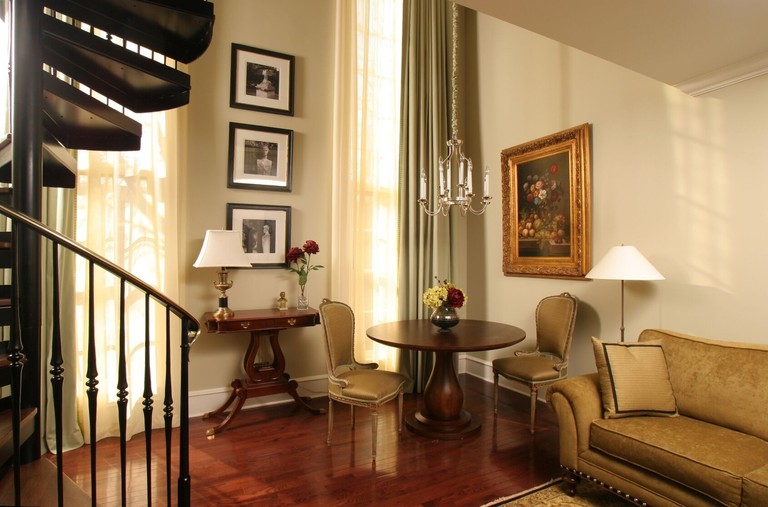 Courtesy of Rittenhouse 1715 / Expedia
A quaint little hotel built from a 1903 carriage house, Rittenhouse 1715 features Juliet balconies and period-style furniture. Many of the rooms in the hotel have marble bathrooms complete with rain showers, adding to a wonderfully relaxing stay. Guests of the hotel can also enjoy breakfast or afternoon tea in the charming dining area.

Le Méridien, for a romantic atmosphere 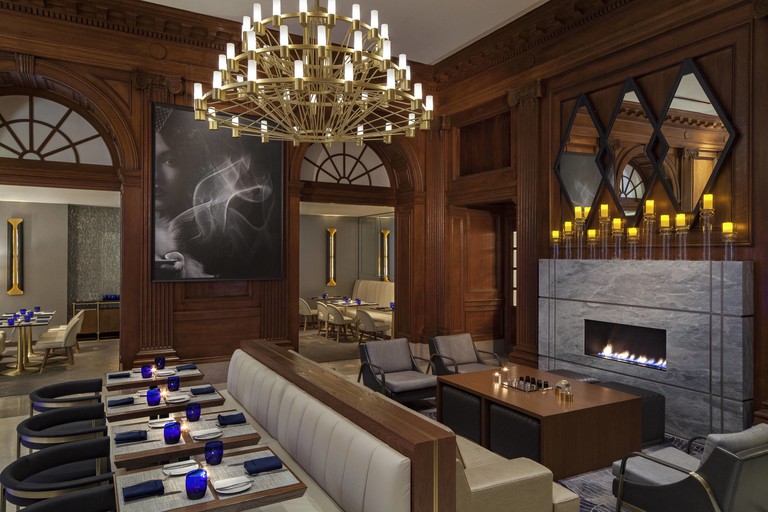 Courtesy of Le Méridien / Expedia
This hotel occupies a Georgian Revival building that was originally a YMCA. The interior is elegant with black-and-white decor and features a number of archways and detailed woodwork. There is also an atrium courtyard with a skylight, bringing plenty of natural light into the space. Le Méridien is located a short walk from LOVE Park and the Convention Center. 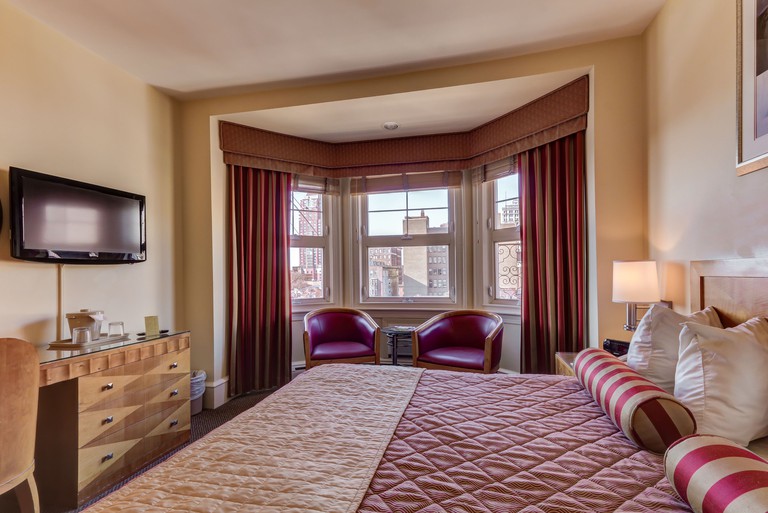 Courtesy of Alexander Inn / Expedia
This red-brick hotel, complete with stained-glass windows, features the original architecture from its construction in 1901. Comprising beautiful Art Deco-style rooms, the Alexander Inn is in an excellent location, just a short walk from Center City or Old City. The hotel provides a fitness center and a free breakfast buffet to guests, making for a welcoming and enjoyable stay.

Still looking for your perfect stay? Read our guide to the best luxury hotels in Philadelphia, and book your stay now on Culture Trip.