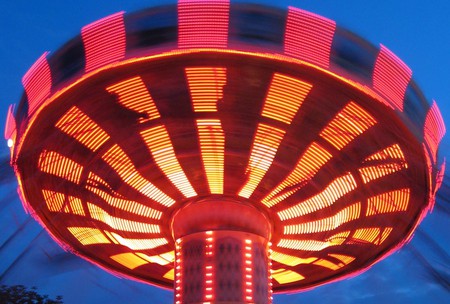 Cincinnati’s Kings Island Amusement Park is the biggest amusement and water park in the Midwest and one of America’s favorite theme parks. If you’re planning a trip to the park, you’ll need to know what to expect. Our guide will help you know when and how to get there and how to plan your day.

Kings Island Amusement Park is the largest amusement park, spanning 364 acres, in the Midwest and one of the most popular theme parks in the U.S. The park opened in 1972 and lies in Mason, Ohio, 24 miles (38.6 kilometers) northeast of Cincinnati.

Cincinnati’s Kings Island Amusement Park is open daily, beginning in late May and continuing throughout the summer. After that, the park is open on select days and for seasonal events.

Check out Kings Island’s variety of savings opportunities and season passes if you plan to visit the park more than once.

Rides are available for every age level and desired “thrill quotient” at Cincinnati’s Kings Island Amusement Park. Roller coasters are a big draw, including Mystic Timbers, which was voted the Best New Ride of 2017 by Amusement Today magazine. If you’re into adrenaline rushes, you’ll want to try The Beast, which is listed in the Guinness Book of World Records as the longest wooden roller coaster in the world. And if you consider yourself fearless, take a ride on Diamondback, the fastest and tallest roller coaster at Kings Island.

Other thrill rides at Kings Island Amusement Park include the 26-story Drop Tower, the world’s tallest Gyro drop, and the park’s fastest ride, Slingshot. At Soak City, Kings Island’s water park, kids will love the water slides and other big-splash favorites like the massive waterfall ride, Congo Falls. If you’re bringing little ones along (or if you just prefer a milder day at the amusement park), you’ll want to check out the many gentler rides, including the Grand Carousel and the K.I. & Miami Valley Railroad. And if it’s a view of the park you’re looking for, bring the whole family to the to-scale replica of the Eiffel Tower that you can climb together. 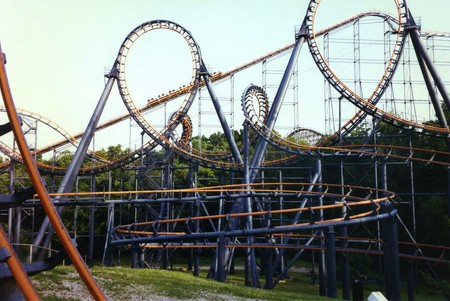 There’s a variety of live entertainment at Kings Island Amusement Park every day. The live shows include animal shows, mini-musicals featuring trained actors and singers, live musical performances, and circus-themed special events featuring acrobats and cirque performers. During the holiday season, you can sing along to your Christmas favorites with the park’s performers. Kids will also love meeting their favorite Charlie Brown characters and other costumed friends throughout the park.

Cincinnati’s Kings Island Amusement Park has a variety of options for snacks and sweets, as well as sit-down breakfasts, lunches, and dinners. In addition to the park’s famous blue soft serve, which is sold throughout the park at places such as Planet Snoopy Ice Cream, quick bites are also available at fast-food spots like Chick-Fil-A and Auntie Anne’s.

The park also boasts many Cincinnati food favorites, including the famous Skyline Chili, the Cincinnati Reds-themed Reds Hall of Fame Grille, and Graeter’s Ice Cream. You can also find craft beers, frozen alcoholic drinks, and wine at the Coconut Cove Bar and Bier Garten, or sit down with your family for full-service dining at Festhaus.

Cincinnati’s Kings Island Amusement Park makes for a great family holiday trip, as the park hosts a range of seasonal events at Halloween and throughout the month of December.

WinterFest is one of Kings Island’s most famous attractions and draws thousands of visitors every year. On certain nights in November and December, the park transforms into a winter wonderland. Your family can sample holiday treats such as baked goods and hot chocolate, buy holiday gifts from artisanal vendors, take in live shows like Charlie Brown’s Christmas Spectacular, sing along with carolers, go ice skating, and gaze at millions of sparkling lights.

Where to Stay Nearby

The Great Wolf Lodge is positioned adjacent to the park. Great Wolf is a family-friendly indoor waterpark resort with a variety of attractions of its own, including pools, live shows, glow-in-the-dark miniature golf, family bowling, and water slides. A variety of discount packages will help you save on parking, food, and accommodations if you want to combine your stay at Great Wolf Lodge with a visit to Kings Island Amusement Park. 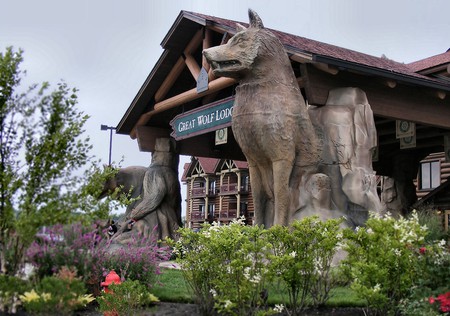