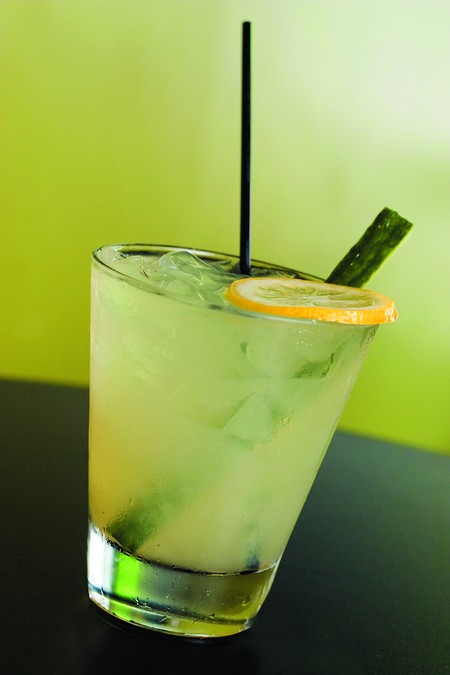 The Duck Island Club is an unassuming little bar tucked into a nothing-to-see-here corner between Cleveland’s Ohio City and Tremont neighborhoods. But behind its lackluster exterior is one of the best-loved, most eclectic lounges in Cleveland.

There’s a reason that Cleveland’s Duck Island Club doesn’t have a flashy storefront: It started out as a speakeasy during the Prohibition era. Rumor has it that an entrepreneurial local named Margie opened a speakeasy on the lower floor of her home and allowed gangsters, moonshiners, and bootleggers smuggling booze from nearby Canada to do business there.

Since then, the Duck Island Club has gone through a number of transformations, and still provides the intimate, cozy feel of a speakeasy as an alternative to Ohio City’s much louder bro-bar scene. The club is regularly named one of Cleveland’s best bars, boasting plenty of regulars and an eclectic crowd. Local Clevelanders especially appreciate the laid-back atmosphere and everybody-knows-your-name feeling that the club has spent years cultivating.

The Duck Island Club is home to three separate mini-venues, each with their own vibe. The patio, with a massive tree covered in twinkling lights, is great in the summertime or for a quiet conversation away from the crowd. The bar is the club’s mainstay, where music booms and shots and beers flow. It really gets hopping after 10 p.m., when local and regional bands and DJs start playing.

The lounge, meanwhile, has sleek couches and a more intimate vibe, making it a perfect place to slip away with a date or gather for a birthday party. The walls are lined with local art, and on less crowded nights, dart boards and pool tables are available for a laid-back game.

The menu at The Duck Island Club is as straightforward and unsnobby as its clientele. Both standout craft beers and inexpensive classics are on tap, as well as any shot or liquor you could think of. Cocktails aren’t the bar’s forte (though Tuesdays are $5 martini nights), but most of the bartenders will make you anything you want if you help them out a bit.

The Duck Island Club is located on Freeman Avenue and is open until 2 a.m. seven days a week.