This Is Why New York City Boasts the Best Bagels 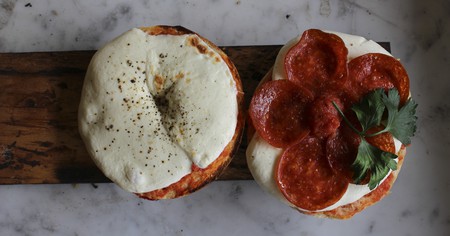 Any New Yorker will delight in telling visitors that bagels are not really bagels when they’re made outside the five boroughs. But why are New York bagels so distinctly different from the flat, hard and dry varieties (inaccurately called ‘bagels’) found elsewhere?

There are other reasons why New York is home to the best bagels, of course – high-quality ingredients, decked-out ovens, the practice of boiling the dough and the persistence of decades-old family businesses. But for the many bagel maestros scattered across the five boroughs, there’s an undeniably heavy reliance on New York water, the crucial ingredient that ultimately creates the chewy yet doughy product all New Yorkers have come to expect. 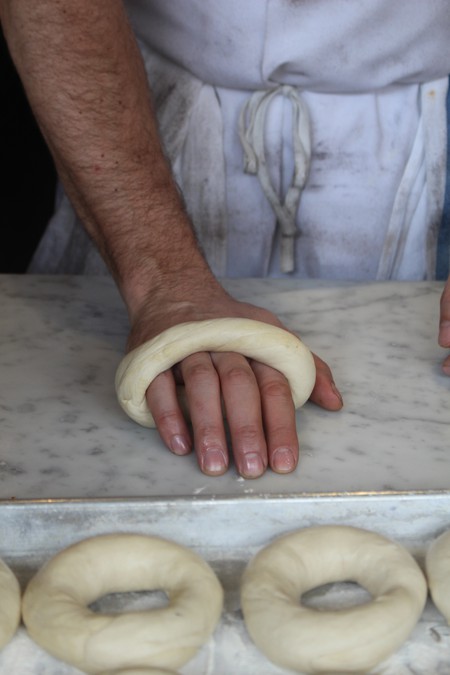 A baker rolls out the bagel dough | © Alex Ostroff

The journey of this sacred water begins upstate in the Catskills, and from there it floats down to the Central Park reservoir through a series of tunnels, picking up minerals like copper, iron, calcium and heavier elements that are embedded in the walls of the tunnels. By the time it reaches Manhattan, the water is rich in these materials, having subsequently morphed into a heavily coveted commodity.

According to Dianna Daoheung, executive baker at Black Seed Bagels, some bagel shops around the country often opt to ship New York water to their stores or install filtration systems to mirror the pH levels, attempting to replicate New York-style bagels as closely as possible.

“I like to use the analogy of champagne: You can’t call it champagne if it’s not made in Champagne (France),” says Daoheung.

Something similar is certainly said when it comes to bagels. The New York variety is chewy on the outside yet reliably soft and doughy on the inside, normally sporting a puffed-up, browned top and a small, pinky-size hole in the middle. Wander into nationwide chains or bagel shops elsewhere in the country, and you’ll notice almost immediately that the breads are flatter, a light tan rather than a deep shade of brown, and consistently all the same shape and size – a telling sign that the dough has been rolled out by a machine and not by hand. 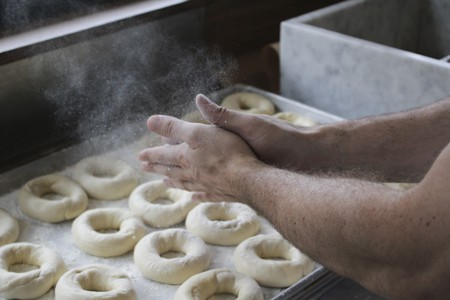 While machine-rolled bagels are cheaper and arguably less labor intensive, not every shop in New York hand-rolls its goods. Plenty do – like Tompkins Square Bagels and Black Seed Bagels – and although the hand-rolling lends itself to an assortment of wonderfully oblong finished products, bagels won’t necessarily taste bad when rolled out by a machine. What does matter, though, is the boiling process.

“Once you get out of New York, a lot of places skip the step where you actually boil the bagels,” Pugliese says, explaining that bagel makers instead shuttle the bagel dough directly into ovens.

Water may be a key to a bagel’s success, but the practice of boiling bagels separates the real deal from the phonies. Boiling ultimately gives bagels that chewy, dislodge-your-teeth kind of quality. Plus, bakers will add sweeteners like barley malt (a thick syrup by-product of molasses) or lye to the water –an old-school New York trick –transforming an otherwise simple dough into a sweetened, more pliant version. The bagels will float in this treated water, resting at the top of the barrel for a couple of minutes, then will be sprinkled with seeds or kept plain before being carted off to the oven to bake.

Taste, shape and baking process aside, New York is historically a city so deeply rooted in this prolific bagel culture –a culture now inextricably bound by Saturday mornings spent peeling back tin foil, unveiling bacon, egg and cheese sandwiches or cream cheese and lox, peppered with capers and ribbons of red onions.

“People often forget what a huge history bagels have in New York City, with the Polish-Jewish community bringing this unique bread over when they immigrated to the US,” Daoheung explains. “Orchard Street and Delancey Street were covered in bagel shops back in the day.” 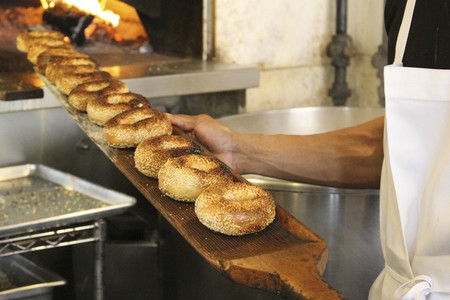 ‘The Polish-Jewish community [brought] this unique bread over when they immigrated to the US,’ Daoheung explains | © Alex Ostroff

Not much has changed these days. New Yorkers still take for granted that bagel shops and bodegas slinging toasted, buttered sandwiches are littered on just about every street corner, a ubiquitous yet quintessentially New York luxury, readily available at any time of day.

So next time you’re munching on an everything bagel, swiped with a towering schmear of vegetable cream cheese, just remember how lucky you are to be in a city so perfectly suited to the terroir of bagel-baking. After all, New York simply wouldn’t be New York without a little help from bagels. 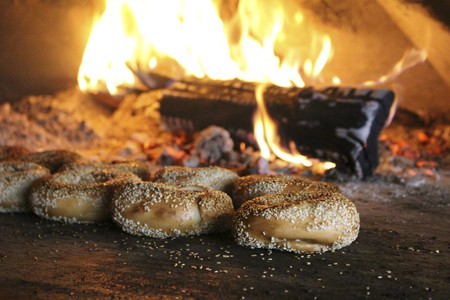 ‘Once you get out of New York, a lot of places skip the step where you actually boil the bagels,’ Pugliese says | © Alex Ostroff

“The subway system, many New York buildings and the Brooklyn Bridge were all built by bagels,” Pugliese says with a laugh. “All those people were eating bagels.”