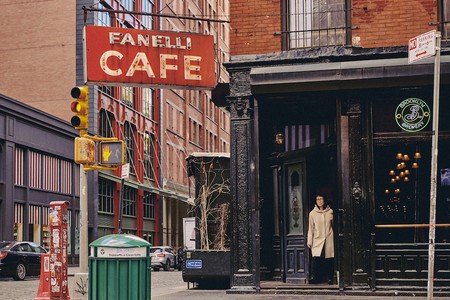 New York native Yukie Ohta safeguards history. Through the SoHo Memory Project, the artist and archivist collects stories from her neighborhood’s colorful past to preserve them for future generations.

A few moments after I press a gray buzzer of a former industrial building on Mercer Street, doors swing open to reveal a petite woman smiling from behind chunky black glasses and a short blunt fringe. “This used to be a freight elevator,” she says, beaming. “Since you can’t change the outside of buildings in SoHo, they couldn’t add a door or change the original entrance.” She brings me down to her studio and office space – the home of the SoHo Memory Project – one floor below street level. 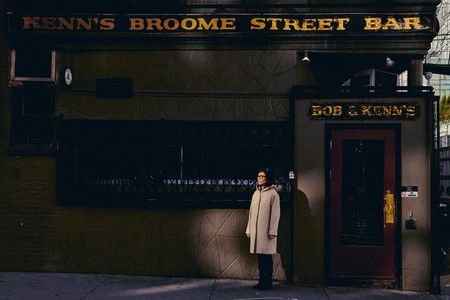 Yukie Ohta first began collecting memories of her neighborhood for a blog in January 2011. An archivist, artist and writer, Ohta started the SoHo Memory Project in her spare time. “Originally I was only thinking that my family, friends and people in the community would read it, because I didn’t really have ideas about how it would expand in the future,” she says. “And now, it’s grown into so many different things.” Her project has evolved into a massive, curated archive of photographs, legal documents and audio sessions that date back to colonial times and tell the histories of SoHo’s residents, past and present.

“It’s the stories of the everyday lives of regular people that are so compelling,” Ohta says. “The idea is that all of these collections of individual stories make up a collective memory. In a sense, it’s a historical society, which SoHo does not have.” 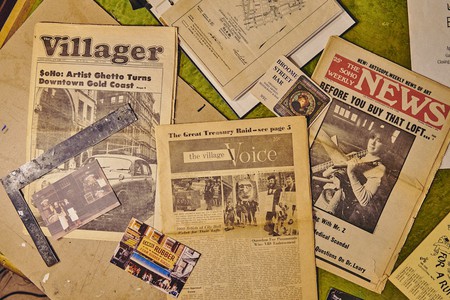 A sampling from the archives | © Louise Palmberg / Culture Trip

From Crosby to Mercer Street

Ohta and her family have lived in this four-story Mercer Street building for nearly 45 years. Ohta’s father came to the US from Japan to carve out a new life after visiting the World’s Fair in Queens in 1964, a time when America was particularly optimistic and infatuated with the future. “My father was an artist. He grew up during the war, and there was no place in post-war Japan for artists,” Ohta explains. “They were pretty much like, ‘Rebuild this country and work hard.’ There wasn’t any time for art. So he left.”

Her mother was a member of the Communist Party in Japan, against which fears were being stoked towards the end of World War II. “She used to show these propaganda films. She was a nurse, and one day she went back to her room and it had been picked through by the police. She got really scared and thought, ‘OK, it’s time to go.’ She came here to be with my dad, but the impetus was she was not feeling safe.” 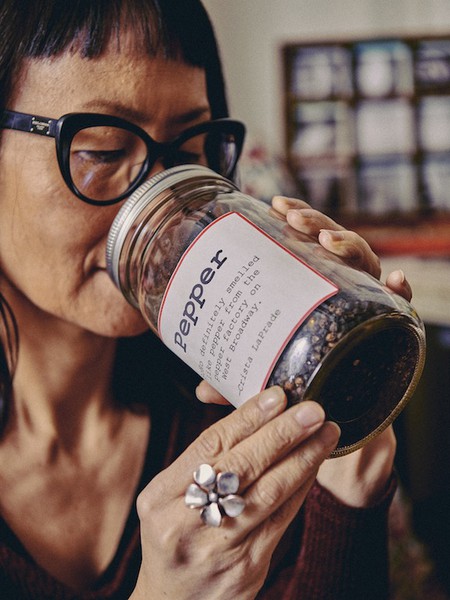 They originally lived in a drafty loft on nearby Crosby Street, with soot-covered windows, no heat after 5pm and no trash pick-up, before moving to the loft on Mercer in 1975. “When I was a kid, it really felt like a small town – or what I imagine a small town would be like,” Ohta recalls. “We didn’t have a single traffic light in SoHo. The kids played on the street, as there was no fear of getting hit by a car. We played on the loading docks, and there was a big doll factory here that would put out doll parts as garbage, so we’d find stuff and play with it. There were also a lot of fabric and textile places, so we would find cardboard tubes and do sword fighting, and get into boxes.”

In November 2018, Ohta launched a new website (sohomemory.org) to house the entirety of her archival collection, including restaurant menus, city-planning reports, personal narratives and more. Visitors can follow the thread of interconnected stories that spell out SoHo’s history, resulting in what Ohta calls a “singular experience” of the neighborhood. For instance, if you are interested in exploring the history of loft living, you can read a feature on its history and dive further into the subject via archival documents, photographs and oral histories, as well as through the site’s mapping feature. 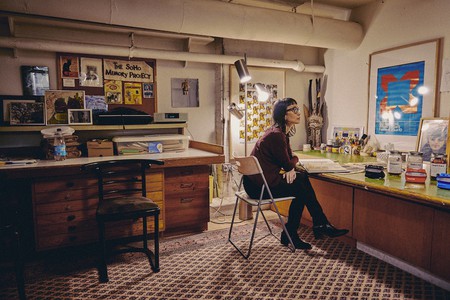 For Ohta, the SoHo Memory Project is a labor of love | © Louise Palmberg / Culture Trip

In addition to the website, Ohta uses a pop-up museum to educate the public about SoHo’s history. The mini-museum includes a diorama of a SoHo loft, photo albums and videos, and has been shown at block parties, public plazas and various arts organizations, including the Judd Foundation at 101 Spring Street. “It’s like a box on wheels that I can push through the street. I can open it anywhere I can push it to,” she says. “Kids can engage with it, as can adults and senior citizens. People can learn about the way things are now, and they can remember the way things were back then.”

The archive – which Ohta refers to as an “infinite virtual rabbit hole” – highlights the complexity of documenting any neighborhood’s history: historical change is not exactly linear, but rather a series of deeply interwoven and interconnected events and movements. The idea of adaptive reuse, for example, emerged in SoHo in the 1960s and ’70s as a result of shifting demographics and changing needs: the area’s original cast-iron buildings made loft living – a New York City phenomenon that eventually spread to the rest of the world – possible for artists. “No other neighborhood in the US had outlived the usefulness of its original built environment and adapted itself entirely to a new purpose,” Ohta says. 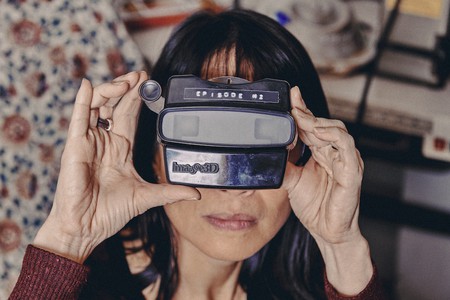 SoHo artists and the benefits of loft living

The lofts also offered a new kind of living arrangement, one that seamlessly blended the spheres of work and life. “Artists were living and working in the same place. The art was also part of their social life. It just kind of spilled into each other,” Ohta explains. “Then galleries started opening closer to the artists, people started coming to the galleries, and people started opening restaurants. [Then other] people wanted to live in these big spaces – like the artists – because it was so cool and appealing.”

One of the residents featured in Ohta’s archive is Rebecca Kelly, who owns a prominent ballet studio with her husband that has served as their work/live space since 1974. “When we arrived here, this was a fantastic neighborhood: it was cheap, it was empty, the rent was affordable if you split it, and the space was big enough that you didn’t mind living with so many people. It was very doable for young artists – or at least we thought it was.” Ohta’s site also showcases the work of photographer Allan Tannenbaum, who documented the area’s art scene in the 1970s. “He’s photographed everyone from Nelson Mandela to the Clash to Jimi Hendrix, but he also photographed a lot of SoHo and all the significant happenings [at the time].”

Ohta notes the importance of artists such as Kelly and Tannenbaum in shaping the neighborhood into what it is today. “There were so many world-renowned artists that came out of SoHo, starting early with people such as Robert Rauschenberg (1925-2008), but then later with Jean-Michel Basquiat (1960-1988) and everyone in between,” she says. “How that neighborhood was able to incubate so much creativity at once is very interesting. People try to replicate it, but you can’t, because there were all these factors, including urban planning and the economy, that played into it.” 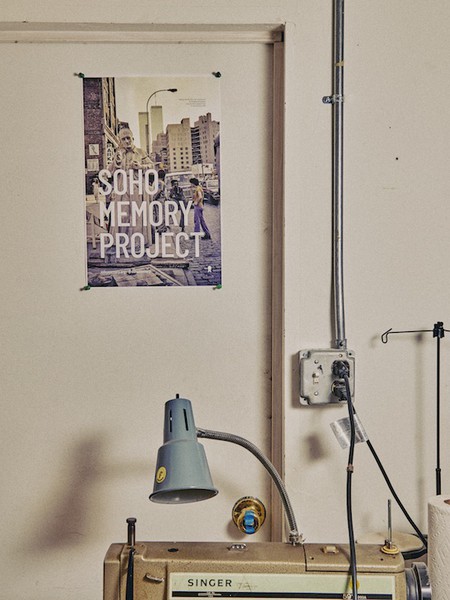 SoHo, then and now

But Ohta isn’t saying that SoHo used to be better – rather that it’s constantly evolving. “SoHo has such an important history. I know, because I lived it. In a way, I was the perfect person to do [this archive], but I was surprised that no one had done it before,” she says. “SoHo was industrial before it was ‘artist SoHo,’ it was a red-light district before that, a shopping district before that, and before that it was country houses and farmland. Before that it belonged to freed slaves from the Dutch colonies,” she says.

And while change is certain in SoHo, at least one person will be there to preserve its collective memory, documenting every twist and turn. “New York changes so much, it’s like instant nostalgia,” she says. “It keeps changing in little ways and big ways. Everybody has their own New York, so that’s why I’m asking for everybody’s stories, because it’s not just one story. The SoHo that my daughter is growing up in – she’s going to be nostalgic for this.”