The Technology That Changed New York City: The Subway 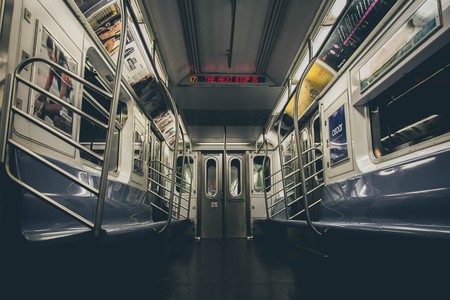 New York's subway system is one of the largest in the world. | © Pixabay

New York City’s subway is one of the oldest, largest, most-used – and most-complained-about – metro systems in the world. Since the turn of the 20th century the clattering underground cars have transported New Yorkers about the city. But it all may never have happened were it not for a major storm forcing mass transit underground in the Big Apple.

That evening, the subway opened to the public, and 100,000 people paid a nickel each to use the new transport system. That grand opening was the result of years of hard work by thousands of people, and its origins owed more than a little to a great storm that had crippled New York 16 years prior.

The blizzard of 1888 was so severe it was given the nickname The Great White Hurricane. On the morning of March 12, torrential rain turned to snow and brought with it unparalleled whiteout conditions.

“Then began the great storm that is to become for years a household word, a symbol of the worst of weathers and the limit of nature’s possibilities under normal conditions,” The New York Sun wrote the next day. “It was a visible, substantial wind, so freighted was it with snow. It came in whirls, it descended in layers, it shot along in great blocks, it rose and fell and corkscrewed and zigzagged and played merry havoc with everything it could swing or batter or bang or carry away.”

By the end of the day, between two and five feet of snow (0.6 to 1.5 meters) had fallen, causing drifts to pile up as high as 30 feet (nine meters) in some areas of the city. The next day the East River froze, meaning New Yorkers could walk from Brooklyn to Manhattan.

At this time New Yorkers relied on elevated trains to get them around the city, and it was thought no weather could disrupt the towering tracks. But the Great White Hurricane proved those theories wrong, and all business and travel was brought to a complete standstill. Transportation and city officials finally realized the benefits of an underground transport system, and an idea that was once rejected was put into action. 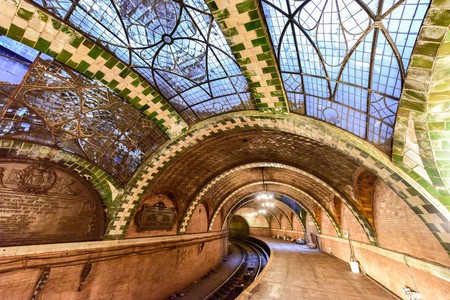 Alfred Ely Beach built the city’s first subway system in 1869. His Beach Pneumatic Transit was 312 feet long (95 meters) and located under Broadway in Lower Manhattan. However, a larger version of the concept was turned down for both financial and political reasons, and construction on an underground railway wouldn’t begin for more than 30 years.

In 1900, work began on the Interborough Rapid Transit (IRT) project. Approximately 7,700 men were involved in the system’s construction, which used a variety of methods to dig underwater, including hydraulic shields and digging a trench in a riverbed then sinking a tunnel roof through it. It was four years until McClellan would take the first ride up Manhattan underground.

The IRT traveled just over nine miles (14.5 kilometers) under the busy streets of Manhattan, running from City Hall to Grand Central Terminal in Midtown. From there it moved along 42nd Street to Times Square before heading north up to 145th Street. This first line ran through 28 stations in total.

From there, the subway system grew. The IRT service expanded north to the Bronx in 1905, to Brooklyn in 1908 and Queens in 1915. In 1968, the subway changed hands to the Metropolitan Transportation Authority (MTA) and now has 27 lines and 472 stations in operation. As of 2016, when the last figures were available, over 1.7 billion people used the subway system annually.

The New York City subway has encountered problems in recent years, with Governor Andrew Cuomo declaring a state of emergency over the condition of the trains in 2017. But without it, the city would be a different place. New Yorkers may curse the trains when they run late, shudder at the late-night sights and cringe at the bacteria-laden interiors, but for over a hundred years they’ve relied on the trains for work, business and tourism. That may well continue for another century.