The Best Hotels to Book Near the Metropolitan Museum of Art, New York City 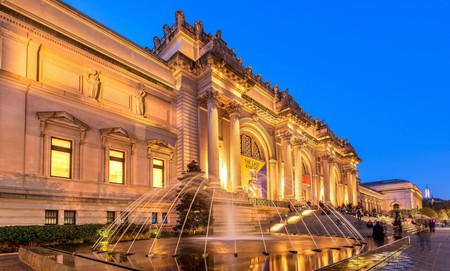 Book your hotel with Culture Trip and settle in for a cool, cultural stay in New York City.

Incurable art-lovers could easily spend a week in New York’s hulking Metropolitan Museum of Art and not see everything. So base yourself close, by in the Upper East Side, and revisiting will be a cinch. You’ll also be near other great cultural attractions such as the Guggenheim and the Museum of the City of New York. This is a fancy part of town, a little more relaxed than Midtown, which is a quick subway ride away. Central Park is right alongside, too, so you can relax in the sunshine. Here are the best places to stay in the area, now bookable with Culture Trip. 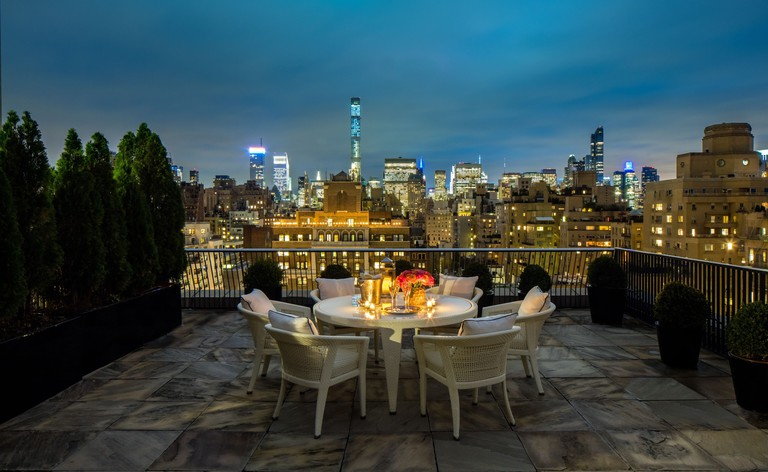 © The Mark Hotel / Expedia
This glorious five-star hotel will cost you a pretty penny, but it’s worth it for an iconic slice of Upper East Side glamor. The hotel’s many suites have garden terraces and splendid city views, with interiors from French designer Jacques Grange. The hotel has an exceptional range of amenities, from a world-class gym to an in-house shoeshiner, pedicabs to chauffeur you to nearby shops or sights, and custom-made bicycles to hop on for your own personal NYC tour. The in-house restaurant, also called the Mark, caps it all off with market-focused European classics on a menu by French wonder-chef Jean-Georges Vongerichten. 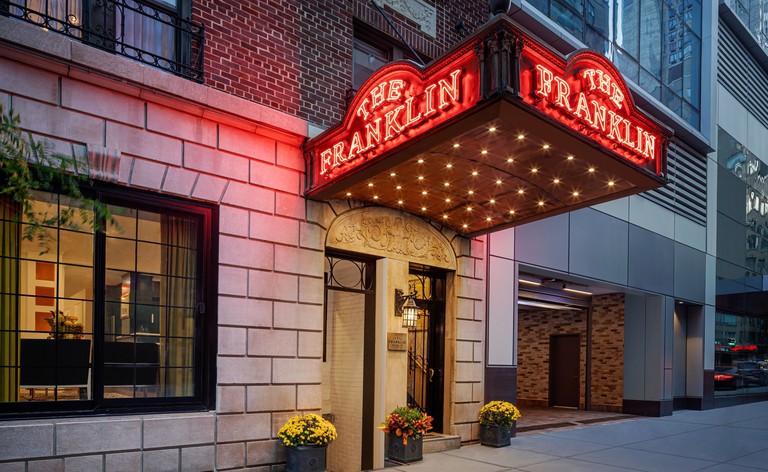 © Voco The Franklin New York / Expedia
A historic brownstone building is the setting for this highly desirable property, about seven blocks from the Met and four from the Guggenheim. It’s a charming, understated place to stay, set on a leafy Upper East Side street. Its rooms feature bright, color-blocked design with lush white beds, and a vast selection of restaurants is yours for the picking right around the corner on Second and Third Avenues. Amenities include a fitness center and a (paid) parking garage right by the hotel – not blocks away, as is common in the city.

The Carlyle, A Rosewood Hotel 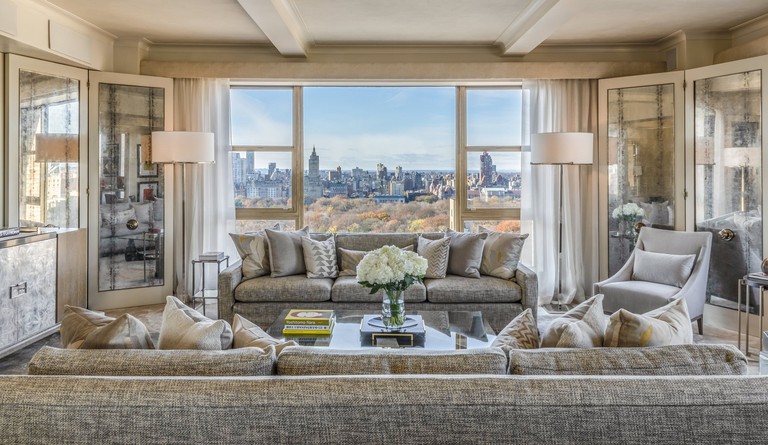 © The Carlyle, A Rosewood Hotel / Expedia
Another five-star destination, the swanky Carlyle is just one block away from Central Park, located amidst the high-end boutiques of Madison Avenue. With lavish art-deco design touches, it’s a glimpse of opulent, early 20th-century New York City, and its timeless, classy rooms boast views south over the city and west to Central Park. While you could spend all your time in the luxurious rooms here, be sure to schedule in cocktail hour at the Carlye’s elegantly bohemian Bemelmans Bar, a low-lit affair lined in glorious cartoon wallpaper. 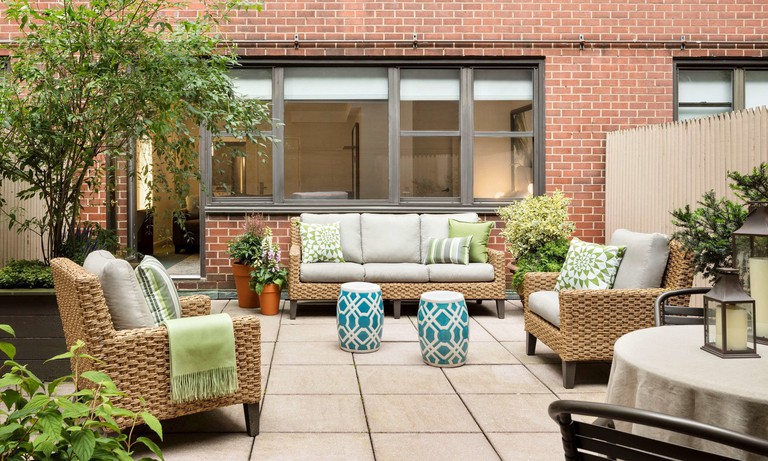 © Gardens Suites Hotel by Affinia / Expedia
As the name implies, suites – strictly not rooms – are the unique selling point at the Garden Suites Hotel. Whichever you reserve can accommodate at least four people, which explains its success particularly among small groups. The largest options can fit up to eight people. With a special kids’ program, it’s also family-friendly. The hotel is a little further from the Met, so factor in a quick subway ride, or a leisurely 25-minute stroll – always a pleasure in New York. 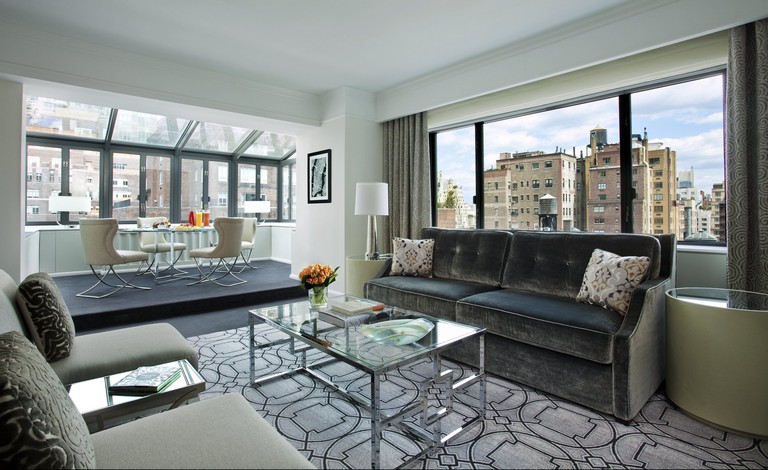 © Loews Regency New York / Expedia
Very close to the stellar shopping of Madison and Fifth Avenues – and just a short subway ride from the Met – is the sumptuous Loews Regency, with almost 400 rooms. They’re all modern, and many have spellbinding city views. Its thoughtful amenities include complimentary shoe shines, coffee to-go in the morning and a fitness center with Peloton bikes. Consult the exceptionally helpful concierge service – they’ll be happy to assist with anything from dinner recommendations to securing Broadway tickets. 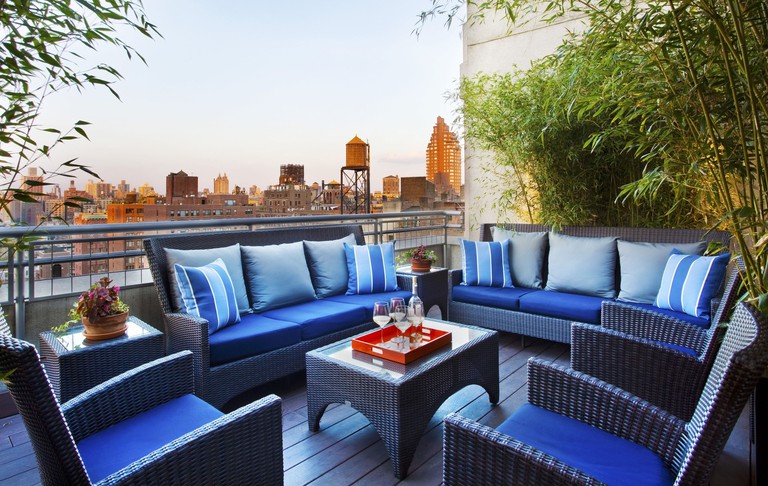 © Arthouse Hotel / Expedia
The Arthouse Hotel is a more affordable option – surprising, considering its prime location on the slightly more-artsy Upper West Side. A 10- to 15-minute walk through Central Park will put you on the Met Museum’s doorstep – which should be no issue after a good night’s sleep in the hotel’s boldly designed rooms with their hardwood floors and exposed-brick accents. There are two restaurants on site, including modern Chinese go-to RedFarm, as well as an atmospheric, speakeasy-channelling bar. 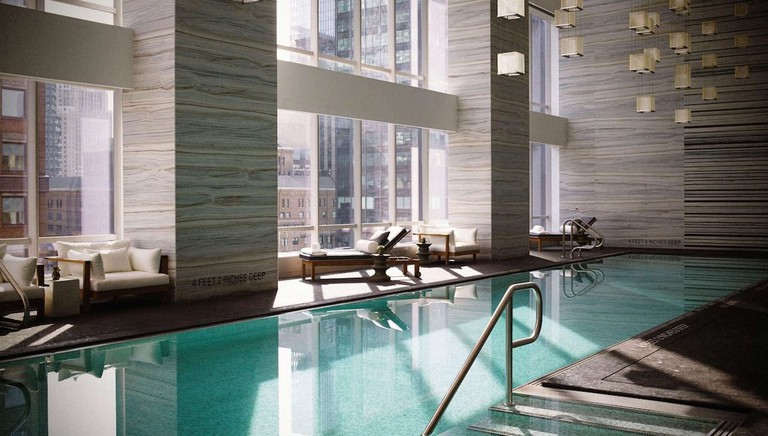 © Park Hyatt New York / Expedia
This classy five-star has 210 spacious rooms and suites fitted out with furniture that nods to mid-century-modern, as well as views of Central Park or the cityscape. Bathrooms are resplendent with monsoon showers and marble bathtubs. Even if you’re not a gym bunny, consider using the fitness center for its views over Manhattan. Otherwise, there’s an indoor pool overlooking Carnegie Hall, a eucalyptus steam room and a hot tub all on site. Staying here you’re just two minutes from the south end of Central Park. The Met is a short subway ride away – or a longer, casual stroll through the park. 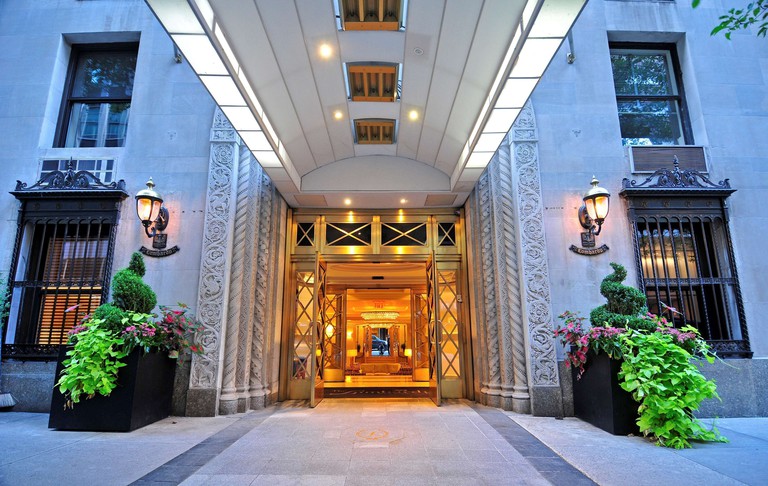 © The Lombardy NYC / Expedia
Enjoy an upscale New York experience minus the rates neighboring hotels charge. The Lombardy NYC has attractive, eclectic design touches that highlight the building’s century-long history at the heart of Manhattan – every room features a different design. Families and groups are well-served by the hotel’s suites with their full kitchens and overall space – you can book up to three bedrooms. Best of all, it’s just off Park Avenue, close to Midtown, which means the Metropolitan Museum is just three stops away by subway.

For more excellently located NYC stays, see the best hotels near the Manhattan Bridge and the best hotels near Central Park – they’re bookable now through Culture Trip. Travel sustainably using this greener guide to New York. Once there, fill up your days by taking a TV and movie tour of the Big Apple, then refuel by enjoying an authentic local foodie experience.