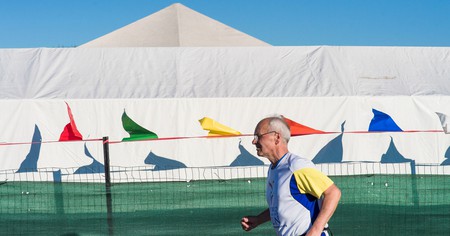 The world’s longest ultramarathon is a 3,100-mile (4,989-kilometer), 52-day race around a single block in Jamaica, Queens. Now in its 23rd year, the Sri Chinmoy Self-Transcendence Race is as much an act of spiritual devotion as it is a feat of endurance. 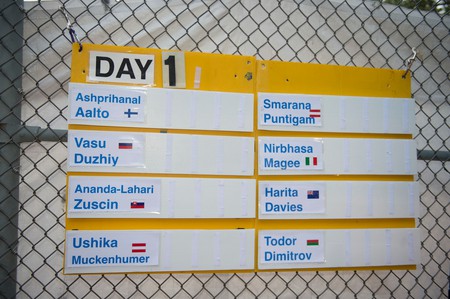 It’s 4pm on a steamy July afternoon in New York. At a children’s playground, on an unassuming block in Queens, kids are splashing through cool water spouts while their parents sip iced coffee in the shade. On the street side of the fence, a runner slick with sweat passes this oasis-like scene for approximately the 60th time that day. His name is Todor Dimitrov, he’s a Bulgarian navy officer, and he’s competing in the world’s longest ultramarathon – a race conceived by a guru from India named Chinmoy Kumar Ghose, better known as Sri Chinmoy. 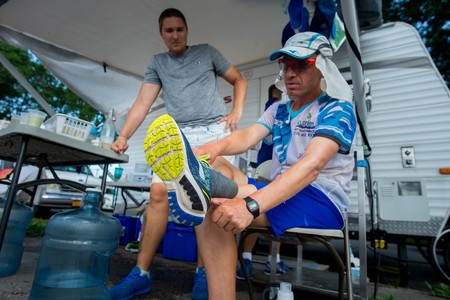 The Self-Transcendence Race asks competitors to repeat the same 0.5478mi (0.8819km) loop past a high school in Jamaica, Queens (where the guru resided before his death in 2007), for 3,100 grueling miles. For context, you could traverse the United States from east to west at its widest point and still fall short of the distance by 420mi (676km). 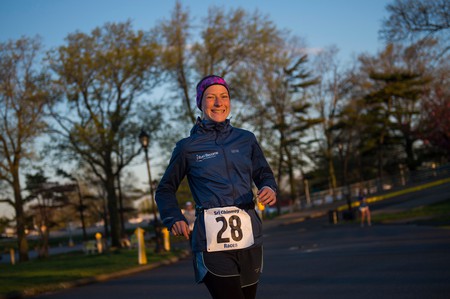 Sri Chinmoy believed that sport could be a tool for inner transformation. As an athlete and avid long-distance runner, he taught that pushing the limits of what we think is physically possible helps us achieve “self-transcendence” – his word for self-improvement. The guru, who oversaw meditation centers in 52 countries, founded many ultramarathons and multi-day races to facilitate his followers’ quest for self-transcendence. However, the 3,100mi race (a distance inspired by his year of birth, 1931) is in a league of its own.

Dimitrov is one of seven competitors who started running on June 16, 2019. All are practiced ultramarathon runners (for obvious reasons no amateurs can enter) who have made huge sacrifices personally and professionally to enter the self-transcendence race. As a professor at a national defense college in Bulgaria, Dimitrov worked overtime through the spring to make sure he had everything prepared, enlisted colleagues to cover his workload during his absence and used vacation time for the 52-day duration of the race.

The competitors begin their days at 6am and have until midnight to log a daily average of 59.6mi (95.9km) in New York’s suffocating summer humidity. Then they bathe, tend to their injuries and hope to get five hours of uninterrupted sleep at accommodations nearby before their alarm signals it’s time to run again. These disciples will repeat this same routine day in and day out, aiming to complete the 3,100 miles within the allotted time of approximately two months. There is little time to recuperate or have an off day. 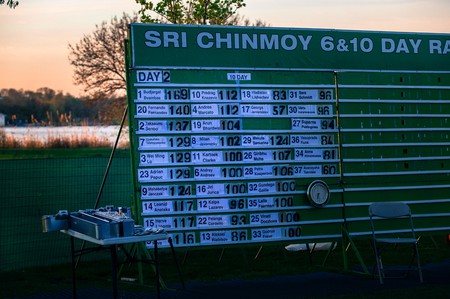 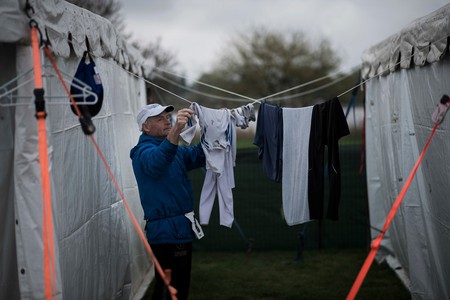 “At the start of the race, I slept something like one or two hours a night,” Dimitrov says, “and the next day I had to run 18 hours. It was absolutely amazing that I survived. It felt like pushing against the river flow, and if you go into that game against your mind, it’s really threatening.”

While all the competitors are seasoned distance runners, they admit that it’s virtually impossible to train for the self-transcendence race. Even the most stellar fitness levels can only help so much when you’re asking your body to endure such extremes. What enables them to continue despite their achy knees, painful shin splints and oozing foot blisters is mental conditioning, specifically meditation – another tenet of Sri Chinmoy’s teachings. 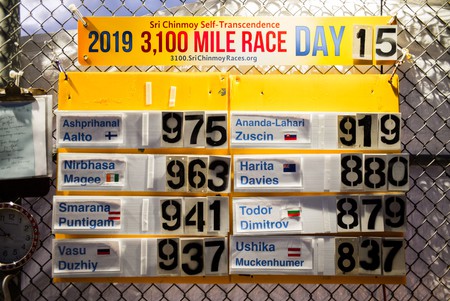 “The mind is limiting, and if you can quiet the mind, you can listen to a more infinite source that’s inside you,” explains Bipin Larkin, a student of Chinmoy’s and one of four race directors who take shifts overseeing the marathon each day. “The runners reach that point of being in extreme discomfort. You have to strengthen the mind just like a muscle, and at a certain point, you have to let go, and then there’s a lot of energy that can come through.”

Boredom and negative thought loops are the enemies of the self-transcendence runner. Besides approaching their jogging as a kind of moving meditation, the competitors listen to uplifting music and absorbing audiobooks – anything to keep their focus off the monumental challenge ahead of them. 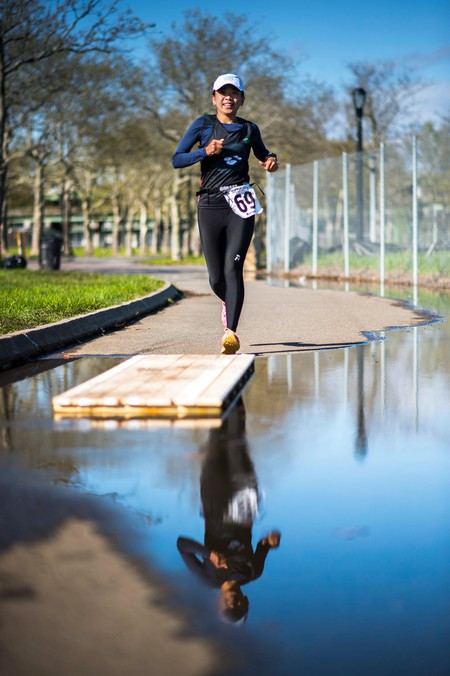 “The mind always wants to focus on the problems. Like, ‘It’s too hot. My legs are sore. I feel sick. I’ve got no energy. I’m exhausted. My stomach hurts,’” says Harita Davies, a New Zealand native based in Queens who is running the race for the second time. “I always try and bring it back to a more optimistic, faith-based approach. The mind is tricky with us, so in return, we should try to trick our minds into seeing all of the possibilities of the things that can go right, instead of the things that can go wrong.” 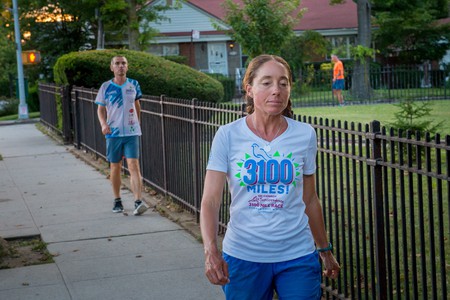 The Sri Chinmoy team delivers vegetarian meals to the runners several times a day, and snacks and energy drinks are always available in the small convoy of RVs on site. Runners burn approximately 10,000 to 12,000 calories a day, and some try to put on a few extra pounds of fuel before the race begins, knowing how reluctant they will be to run on a full stomach. Just in case, there are weekly weigh-ins to guard against any extreme drops in body mass. However, the biggest risk, given that New York summer temperatures can reach 100F (37.8C), is dehydration. Each competitor has a helper on site – often a friend or family member from home – to hand them fluids after every lap of the block. 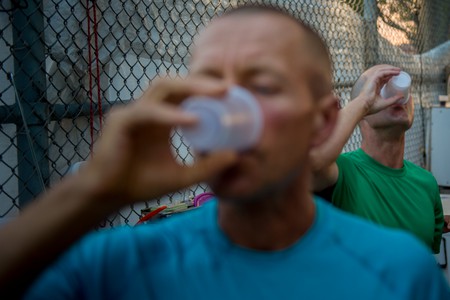 Besides the encouraging presence of the helpers and race team, along with the occasional curious onlooker, the course is quiet. There are no cheering crowds or home-made banners with messages of support; this is a mostly lonely journey. A 3,100mi race is not a bucket-list achievement the same way a marathon is. The only way to endure it is to embrace it as an act of devotion – to the guru and to oneself.

For first-time competitor Dimitrov, that means being emotionally invested in every step. “Even though it’s the first time for me, I try to be in the race not only with my body but with my heart,” he explains, “because it’s really difficult if you try to push the concrete with nothing but your legs.”

Dimitrov tries not to think about the end of the race (besides imagining himself plunging into the ocean for a celebratory swim) because how can someone predict whether they will finish a feat so huge, and one with so many unpredictable factors? The only way to get through two months of running for 18 hours a day is just to keep putting one foot in front of the other without getting invested in the outcome. Regardless of whether you complete the full distance, chances are you will prove to yourself that you’re capable of more than you ever thought possible. You will successfully self-transcend. 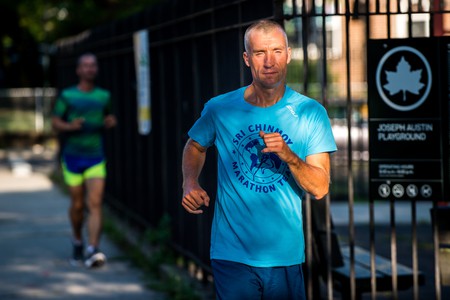 “As long as I can make progress and hopefully give other people some inspiration to also extend themselves in some way, then it’s fulfilling,” says Davies. “You’re doing it for your own transformation, but really it’s for all of humanity. You really feel that if you can do this, there’s so much more we can all do. So in a way, it gives you tremendous hope in the potential of humans and gives us a glimpse of this ultimate capacity that we all have.” 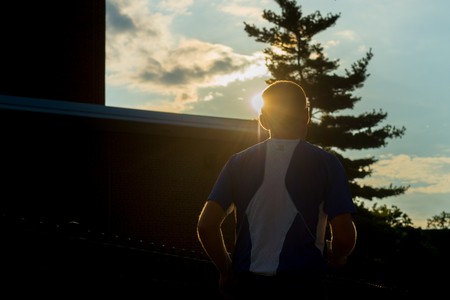