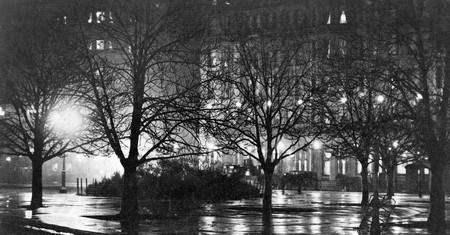 They’ve captured the weird, the wonderful, the beautiful and the sublime, from major cultural icons to the quietly disenfranchised, architectural wonders and modern marvels. Here are 10 of the most important photographers associated with New York City.

One of the most distinctive photographers of the 20th century, Diane Arbus (1923-1971) seized otherwise fleeting moments in the beautiful, bizarre and unsettling lives of ordinary, famous and marginalized New Yorkers. After initially venturing into the fashion-photography business with her husband, actor Allan Arbus, she studied with the likes of Richard Avedon and Lisette Model, whose instruction significantly influenced her subsequent aesthetic. In the late 1950s, Arbus began pursuing solo work characterized by surreal black and white portraits of transvestites, circus performers, children and celebrities. Through the portrayal of controversial subjects from seedy hotel rooms and city streets, Arbus exposed an obscured and largely unexplored side of New York City.

New York native and cultural icon Robert Mapplethorpe (1946-1989) was undoubtedly one of art history’s most influential photographers. He studied at the Pratt Institute in Brooklyn shortly before meeting punk rocker Patti Smith in 1967; she became his collaborator and life-long friend. Mapplethorpe photographed artists, musicians, porn stars and socialites – his work explored the beauty of nature and the human form. In the 1970s, Mapplethorpe became increasingly interested in New York’s underground S&M scene, and produced a series of controversial photographs that remain jarring to behold but are technically masterful. Throughout his career he pushed the boundaries of photography, widening the scope of his vision but steadily maintaining a classical technique. In 1988 he established the Robert Mapplethorpe Foundation to promote the photography industry and fund HIV/AIDS research. He died from the disease in 1989. 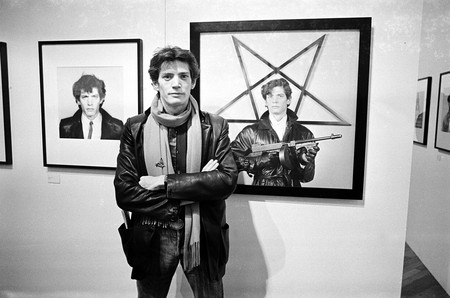 One of the most essential figures in the 19th- and 20th-century art scene, Alfred Stieglitz (1864-1946) not only captured the city through his own lens but actively promoted the art form over five decades. In 1902 he founded the Photo-Secession Movement, which aimed to integrate the medium into mainstream art culture by emphasizing photographic beauty over strict documentation. In 1905, Stieglitz took over photographer, artist, gallerist and curator Edward Steichen’s former studio at 291 Fifth Avenue and turned it into one of the city’s most buzzing locales, offering American audiences an exclusive glimpse of the work of Henri Matisse and Pablo Picasso, among other artists and photographers. In short order the gallery proved too small, prompting expansion to the space next door. Stieglitz honored the gallery’s humble beginnings, however, by calling it 291. In addition to his exhibition spaces and personal photographic contributions, Stieglitz also introduced photography publications Camera Work and Camera Notes. 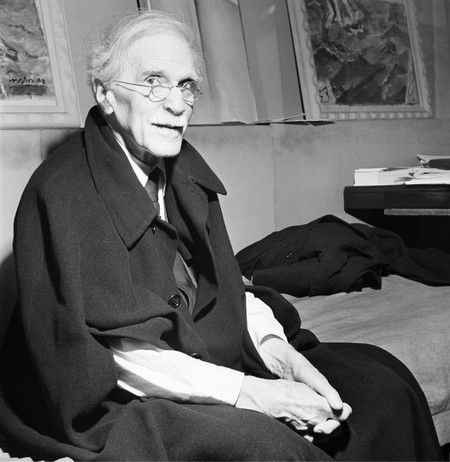 Before finding immense success as a street-fashion photographer for The New York Times, Bill Cunningham wrote for The Chicago Tribune, where he introduced foreign labels like Jean Paul Gaultier to the American public. He took his passion to the streets of New York City and began candidly photographing passers-by. In 1968, Cunningham produced an innovative photo series titled Facades, in which he dressed his models in vintage clothing and posed them in juxtaposition to New York City’s historical landmarks. The photographs echoed relevant social concerns about urbanism and cultural preservation. Viewing personal style as an influential cultural structure and a form of communication worth listening to, Cunningham documented five decades of street fashion in New York City. His death in the summer of 2016 sent shock waves through the fashion editorial world and remains a great loss to street photography. 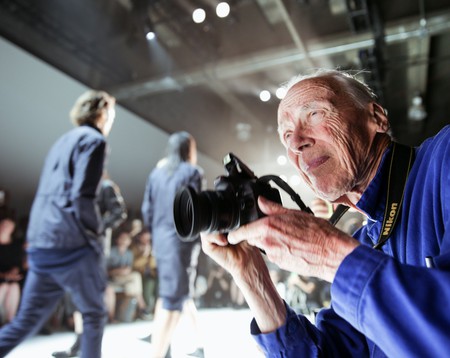 One of the leading female photographers of the 20th century, Berenice Abbott (1898-1991) garnered international acclaim for her arresting photographs of New York City landmarks and local streets. While living in Paris, Abbott fortuitously crossed paths with the great Dada and Surrealist photographer Man Ray. She would become his assistant, and experimenting with the medium under his mentorship, she developed a particular fascination with street photography. Upon moving to New York in 1929, Abbott documented the city’s vast industrial transformations, from feats of engineering to scenes of poverty brought on by the Great Depression. This dynamic environment prompted the 300-plus photos in her famous series Changing New York. In the 1940s Abbott shifted to science photography, capturing stunning images of natural reactions. 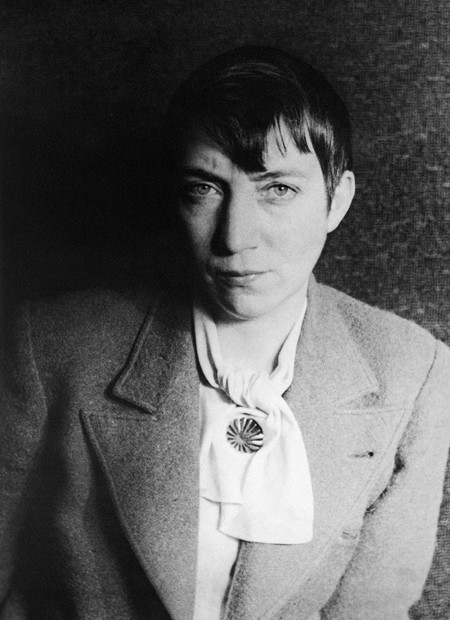 Nan Goldin’s (b. 1953) seminal work captured numerous arresting images of New York City’s post-punk and LGBTQ subcultures. Her best-known series, The Ballad of Sexual Dependency, proved intensely controversial, as her artful depictions of drug addicts and violence inadvertently glamorized her subjects’ struggles. But Goldin remained an integral part of her own work, and her series also served as a personal narrative. Goldin’s photography is intensely impactful and remains a key contribution to the medium. 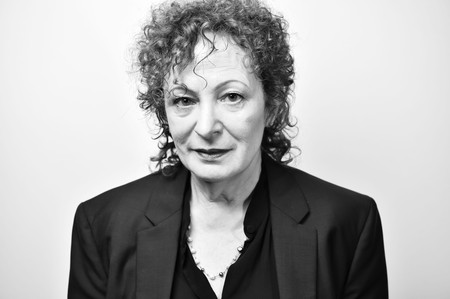 Paul Strand (1890-1976) was born and raised in New York City, where he studied with esteemed photographer Lewis Hine at the Ethical Culture Fieldston School. Strand was first introduced to Modernist artworks on a field trip to Alfred Stieglitz’s groundbreaking 291 gallery, which inspired the abstract nature of his work as an adult. He focused on themes of progress and urbanism, photographing automobiles, rushing businessmen and poor immigrants. Strand used photography as a means of advocating for social change and helped found the politically oriented Photo League in 1936. He went on to direct several films into the 1940s. For his work covering the human condition in America, Africa and Europe, Strand remains one of the most significant photographers of the 20th century. 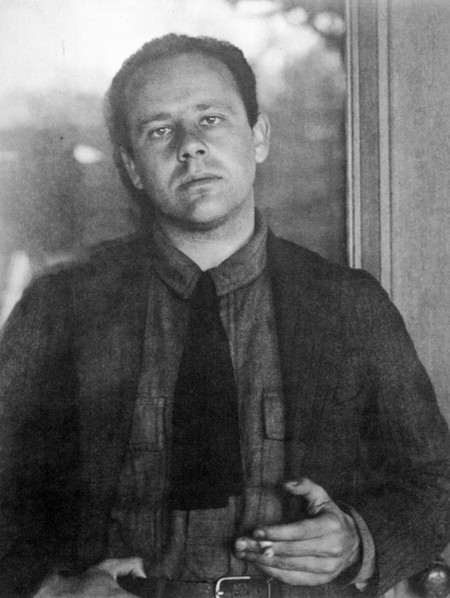 Bronx-born Garry Winogrand (1928-1984) is best known for his energetic photographs set in Manhattan during the 1960s. Primarily a street photographer, Winogrand used ordinary people, celebrities, hippies, politicians, protesters and animals as his subjects. His photographs possess a life force indicative of the promise and anxiety of post-war America. Winogrand was extraordinarily productive during his lifetime but favored his craft over its commercial side. When he died at the age of 56, he left behind many thousands of undeveloped and unpublished images; thus while he is considered one of the leading photographers of the 20th century, Winogrand’s work has been only partly explored. Nonetheless, he is highly regarded for preserving vital moments in the lives of the American people during an era as turbulent as it was hopeful.

Born and raised in the Bronx, Richard Avedon (1923-2004) was a fashion-photography pioneer. While others covered runway shows and on-set photo shoots, Avedon showcased the latest collections outside the limitations of a studio. He placed high fashion in real-world settings like cafés and city streets, and he made history in 1955 when he photographed a Dior-clad model posed between two circus elephants (an image now in the Whitney’s permanent collection and on view in New York City). By the mid-20th century, Avedon had established himself not only as a photographer but as an artist. He later experimented with black and white portraiture, uncovering character nuances in the faces of culturally relevant figures such as Marilyn Monroe, Martin Luther King Jr and Bob Dylan. Avedon remains one of the most influential photographers of the modern age. 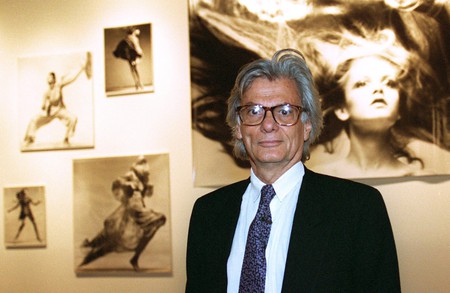 Born in New York City in 1928, William Klein turned to art as a creative outlet in childhood to escape the burden of anti-Semitism. He eventually left home to study at the Sorbonne in Paris, where he developed an interest in abstract Modernism and the German Bauhaus movement permeating Europe at the time. Klein moved back to New York City in the 1950s and began experimenting with photography through the use of odd subject perspectives and unusual lighting. He produced a series of arresting photographs that captured the city in all its post-war grit, and turned the sequence into a book titled New York. In the 1980s, Klein experimented with film, using the same technique and aesthetic found in his photographs. Klein has exhibited in galleries all over the world and continues his work from Paris. 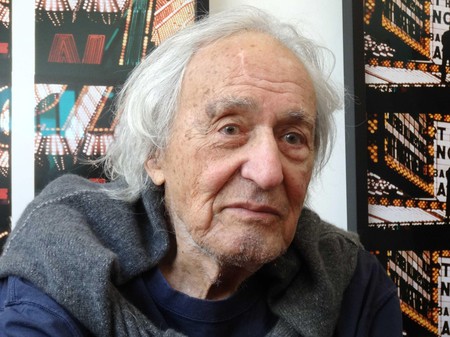