Pride in Place: Iconic LGBTQ Locations Around the Globe 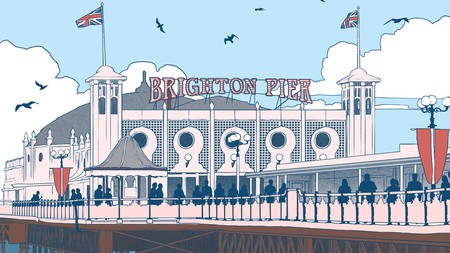 This year is the 50th anniversary of the Stonewall Riots in New York City that ignited the international Pride movement. From the Greenwich Village bar where it all began to the Gay Village of one of Asia’s most progressive cities, take a tour of the neighbourhoods and venues vital to the LGBTQ community’s political struggles and cultural achievements.

Often referred to simply as the Stonewall, this Greenwich Village bar today draws crowds with dance parties, drag bingo and ’90s-themed karaoke nights. Back in the 1960s, when the Mafia owned the joint (and ran it without a liquor licence), this was one of the few places in the city where people could dance, make out and hold hands with others of the same sex, behaviours that were illegal at the time. Unsurprisingly, it was a frequent target for police raids. During one such raid, in the early hours of 28 June 1969, the bar’s patrons and sympathetic bystanders gathered defiantly in the street. Ultimately, six days of rioting birthed the Pride movement. The first parades took place on the anniversary of the riots, in New York City, San Francisco, Los Angeles and Chicago; in the decades since, events have been established in cities around the world, giving people the opportunity to declare their sexuality publicly and demand an end to discrimination. 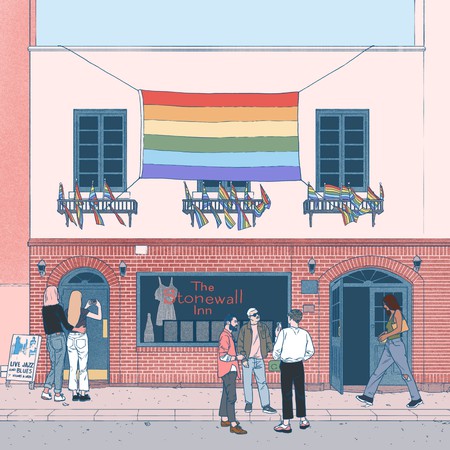 The Green Door Store and The Camelford Arms – Brighton and Hove, UK

Brighton and Hove is home to one of the UK’s most established LGBTQ communities. Held every August, Brighton Pride sees the city at its most flamboyant; this year’s theme, Generations of Love, honours the 50th anniversary of the Stonewall Riots. As always, the parade floats will wend their way from Hove Lawns to the main festival at Preston Park, cheered on by a 300,000-strong crowd. But the parade also has a political edge, seeking to promote diversity and global LGBTQ rights. Earlier in the year, in July, the city hosts Trans Pride, a celebration of trans, non-binary, intersex and gender non-conforming people, at Brunswick Square. Brighton’s laid-back vibe is ever-present along its seafront and labyrinthine side streets, not to mention in its pubs and clubs. Live-music venue the Green Door Store, tucked under Brighton Railway Station, and perennially popular boozer the Camelford Arms (AKA The Cammy) are two excellent places to start any night on the town. 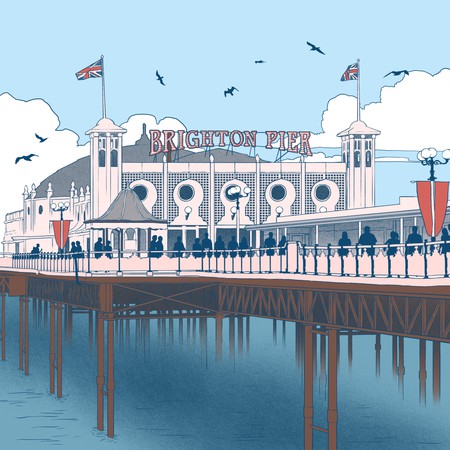 Since day one, this hip pub and basement nightclub in Haggerston has been a magnet for fans of unabashed camp. With trashy 1980s retro de rigueur among its East London crowd of creatives, who hail from the edgier fringes of the fashion and art worlds, expect to hear histrionic pop diva Bonnie Tyler belting out Total Eclipse of the Heart at some point in the night. The Glory’s appeal rests partly on the reputation of drag star co-owners Jonny Woo and John Sizzle. An interior festooned with plastic flowers, a stage lined with a shimmering wall of tinsel strips and a pervading spirit of uproarious irony provides the perfect ambience for legendary annual drag competition LIPSYNC1000, as well as Man Up, a contest for drag kings (typically female performers in male drag). The Glory also nurtures local talent, offering drag make-up classes, queer life-drawing classes and a Sunday salon presided over by London DJ Princess Julia. 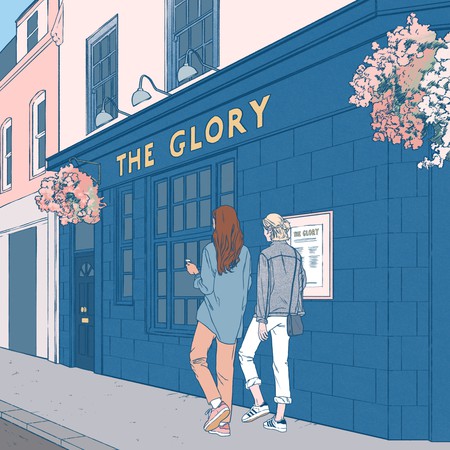 Back in the 1980s, so-called lipstick lesbians were derided by contingents of the queer community, accused of dipping in and out of lesbian culture without committing to it. Thankfully, such antiquated thinking is alien to habitués of Music City’s Lipstick Lounge, where a nod to Salvador Dalí’s Mae West Lips Sofa sits out front, set off by the building’s violet clapboards. Some claim Nashville is losing its authenticity as a centre for live country music, with karaoke clubs replacing the spit-and-sawdust honky-tonks of yore. But at the Lipstick Lounge the acoustic tradition is flourishing, thanks to bedenimed singer-songwriters and their guitars. Not that this is a camp-free zone: the bar’s pluralist attitude ensures karaoke and gay-trivia quizzes are also on the menu. The Sunday brunch, which features all-American burgers and Tex-Mex dishes such as huevos rancheros, is also lip-smackingly good. 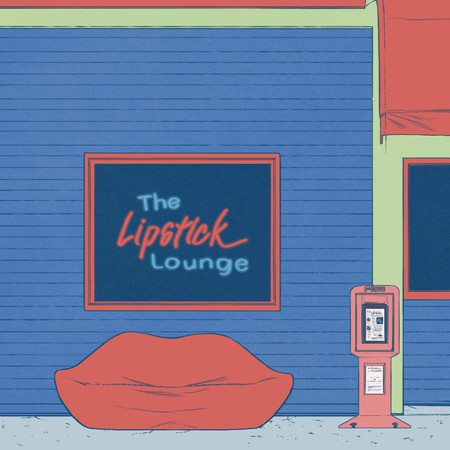 Lockout laws introduced by the New South Wales government in 2014 to stem alcohol-fuelled violence have put a considerable dampener on Sydney’s hedonistic nightlife. While several bars have closed, nothing can totally quash Sydneysiders’ passion for partying, amply evidenced by the revelry of Darlinghurst’s Oxford Street. Southwest of here is the Imperial Erskineville, one of the city’s oldest LGBTQ institutions. Unlikely concepts collide at Drag ’n’ Dine nights at Priscillas, the venue’s restaurant, where veggie and vegan grub is served with loud and lairy performances by Australia’s foremost drag queens. The club is proudly inclusive, so long, it seems, as punters are down with a revival of 1980s glow-in-the dark lighting and disco duds. The message is very much: “Don’t forget your Day-Glo leg warmers and headbands à la Jane Fonda, circa 1982, but, otherwise, relax and go with the flow.” 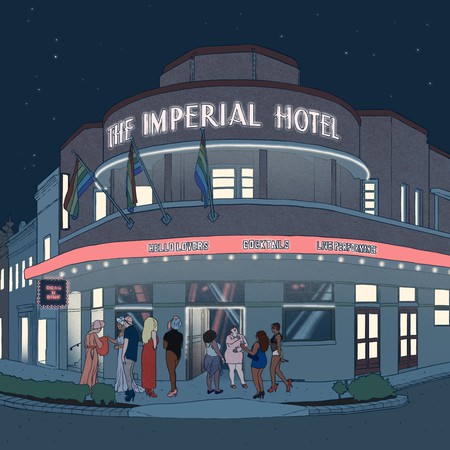 Parisian bibliophiles have been well served with LGBTQ literature since Jean-Pierre Meyer-Genton and Yves Clerget opened this intimate but well-stocked bookshop in 1980. Three years later, the store moved to 6 rue Sainte-Croix de la Bretonnerie, in the Marais, and it’s been there ever since. Recognisable for its royal-blue facade, the shop stocks some 12,000 titles, as well as DVDs and a large selection of gay and lesbian magazines. There’s no question it’s played a pioneering role in transforming the area into Paris’s best-known gay neighbourhood – now home to 40 percent of the city’s LGBTQ businesses. On the ground floor are novels by gay writers such as Jean Genet and Armistead Maupin, and a spiral staircase leads to the basement where the latest glossy coffee-table tomes on art, photography, design and fashion are arrayed on tables and shelves. 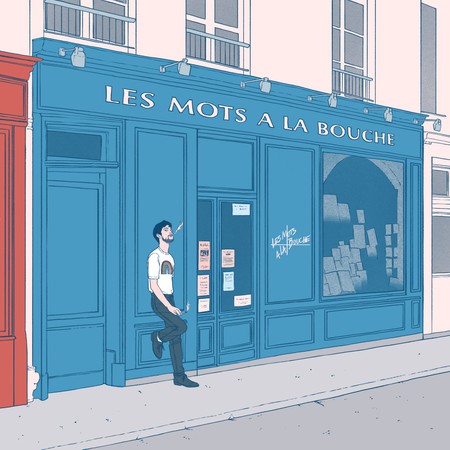 In Pittsburgh, Pennsylvania, where the artist who gave the world the concept of 15 minutes of fame was born and buried, the Andy Warhol Museum displays the world’s largest collection of his work and an abundance of personal items. Fascinated by gender fluidity, Warhol often cross-dressed in his self-portraits and befriended underground personalities such as transgender actor Holly Woodlawn, whom Lou Reed namechecked in his track Walk on the Wild Side. Spread across seven storeys is a cross-section of his vast output, from art-student doodles to his exuberant tributes to American pop culture, including Campbell’s soup cans and Hollywood idol Marilyn Monroe. The collection’s cornerstone is his art project Time Capsules; starting in 1974, Warhol, an obsessive collector, packed 610 cardboard boxes with fan letters, dinner invitations and all manner of other documents and objects, which he then sealed and stored for posterity. 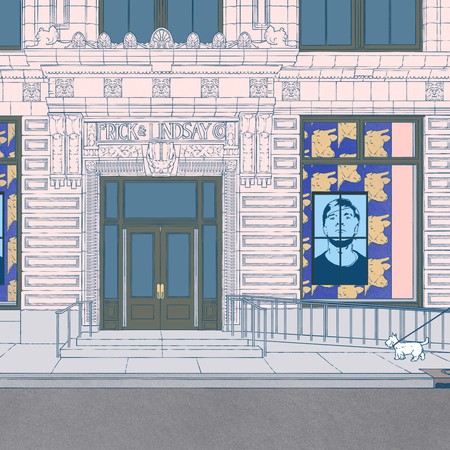 This red-brick building in Ximending was built in 1908 as the city’s first public market. Fast-forward to 2019 and it’s home to Taipei’s Gay Village, filled with bars, cafés – including the popular Café Dalida – restaurants and outdoor terraces. This thriving scene is the culmination of Taiwan’s gradual acceptance of gay culture since the 1990s. In 2003, the year Taiwan Pride was launched, the Executive Yuan proposed the legal recognition of same-sex marriage, although this met with fierce opposition at the time. Fifteen years later, the Pride march attracted 137,000 whistle-blowing, glitter-slinging participants. The event came on the back of the May 2018 legalisation of same-sex marriage, a first for an Asian country or territory. 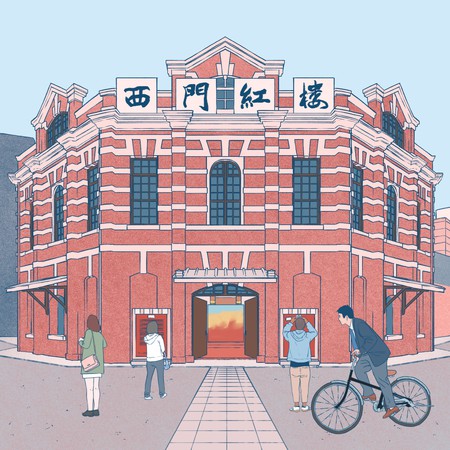 Unveiled in 2008, on the edge of the Tiergarten, this memorial was designed by high-profile Berlin-based artists Ingar Dragset and Michael Elmgreen. The Bundestag’s intention was to “create a lasting symbol of opposition to enmity, intolerance and the exclusion of gay men and lesbians”. While most are aware that gay and bisexual men and transgender women were imprisoned in Nazi concentration camps, the full, horrific extent of the persecution of queer people by the National Socialist party, dating back to 1933, is less known. For many years after the war, these victims weren’t acknowledged in public commemorations in West and East Germany; indeed, it was not until 2002 that the German government issued an apology to the LGBTQ community. An aperture in the monolithic, bunker-like memorial contains a poignant film of two men kissing, an act for which they would have been prosecuted by the Nazis. 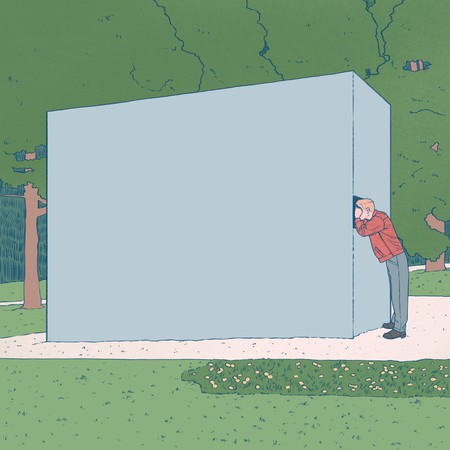 In the early ’70s, the Castro was the centre of queer life in San Francisco and a hotbed of activity for the gay liberation movement. At the GLBT Historical Society Museum, the first institution of its kind in the USA, a huge collection of artefacts – journals, scrapbooks, diaries, posters and T-shirts (many bearing irreverent slogans), matchboxes, photos and examples of graphic design – tells the story of the communities that have evolved in the neighbourhood, city and state, all in a multimedia environment animated by archival footage and 500-plus oral histories. Among the items on display are some of the personal belongings of Harvey Milk, the first openly gay elected official in the history of California, whose life was immortalised in the 2008 biopic Milk. The museum’s permanent exhibition, Queer Past Becomes Present, traces the Bay Area’s diverse history back to the arrival of Spanish explorers and missionaries. 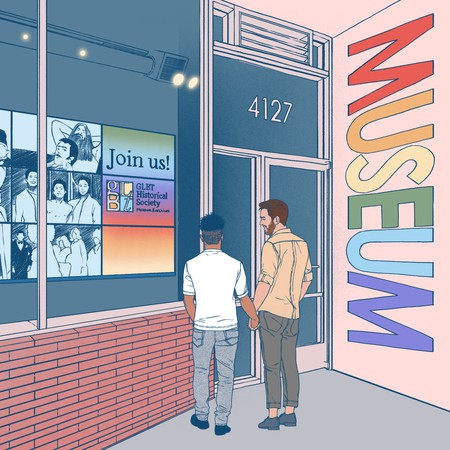