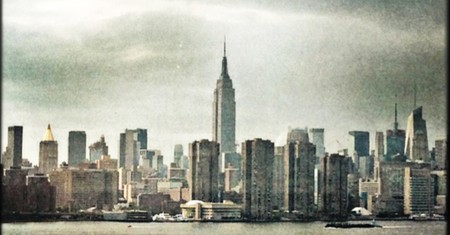 Nigel Parry – one of the photographers who documented 20 Waterkeepers around the world as part of Culture Trip’s partnership with Waterkeeper Alliance – lived in New York City for 24 years, forming a big-time career shooting celebrities like Robert De Niro. He shared stories of Old New York, his current city haunts and where you can find that gritty city feel for shoots of your own.

British photographer Nigel Parry moved from London to New York City in 1994 to make it big as a photographer and never looked back. He lived in Manhattan for 24 years, mostly in Tribeca, before moving upstate. 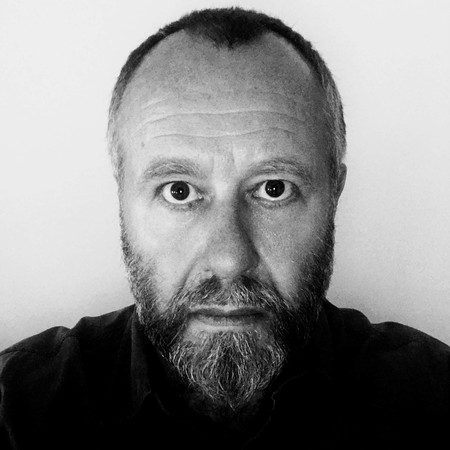 “I used to live on Laight Street just over the footbridge,” Parry says. “I signed the apartment in Tribeca on September 10, 2001. The next day, I watched everything that happened down there from a distance. Moving in was quite difficult because you had to show the deed to your house to get to Canal Street. There were army roadblocks everywhere.”

Back then, Tribeca was still a neighborhood full of warehouses. Parry moved into one of the few loft apartment buildings with 7,500 square feet (700 square meters).

“I enjoyed very much the fact that my building looked out, of all things, onto the turnaround of the Holland Tunnel,” Parry says. “All I saw were trees and really fancy buildings across the way. I documented the building of the Freedom Tower; that was something that was happening for the whole of the time I lived there. I didn’t see any cars and you didn’t hear them either because the thing about tunnels and bridges is people go on when you’re getting into them, but when you’re getting out of them, the traffic is free, so people tend not to honk so much.” 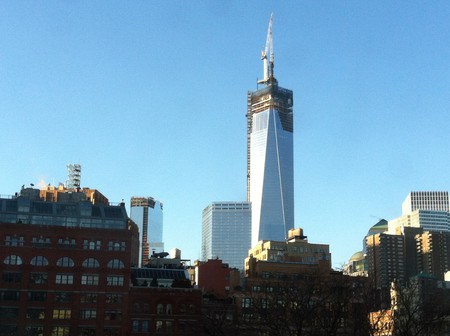 The Freedom Tower being built, by Nigel Parry

Parry’s apartment looked right across to the firehouse Ghostbusters was shot in at 14 North Moore Street. “That was always fun,” he says. “You can look through the windows and they’ve left the big Ghostbusters sign up.”

Parry used to love to bike-ride 20 miles, along the West Side Highway to the George Washington Bridge and back, for exercise, and he’d almost immediately stumble on a Mark di Suvero sculpture that used to be in the neighborhood. “It was very nice to see the progression of the whole of that Hudson River Parkway,” Parry says.

Though Tribeca would soon become one of the priciest neighborhoods in New York, in the early 2000s there were few bars and restaurants around. Parry used to do a lot of work in the Meatpacking District, which was also rather undeveloped at the time.

“I based a lot of my life out of Industria Superstudio on Washington Street and West 12th,” he said. “I used to go to an [all-night diner], Florent, which is now gone unfortunately. That’s where you would always find artists hanging out, some very big ones. [Roy Lichtenstein] was there all the time with his studio crew. My other favorite haunt was Pastisse, which is now gone, because that whole bloody area has been taken over by I don’t know what kind of stores. It wasn’t too far from Nobu, so that was often a wealth-acquainted place.”

Once, Parry shot Robert De Niro for Esquire magazine, founder of the Tribeca Film Festival, at the Greenwich Hotel, which De Niro owns. It was for a cover story, and De Niro was short on time, so Parry had to do the shoot in the hotel as well as a bar nearby, plus a video, all in 20 minutes. “There’s this brilliant little bar called Smith & Mills where I shot him. It’s fantastic; it has double doors open out to the street. I had to do video for them and it freaked the crap out of me trying to direct somebody from Taxi Driver. Taxis would drive by and make it look even more New York.”

Parry’s darkroom was on Franklin Street between Broadway and Lafayette, within walking distance of his apartment. A place he loved to do shoots nearby, because it still feels very “old-worldy,” was Cortlandt Alley, a spot that’s appeared in many films like Gotham and Crocodile Dundee. “It’s a real seedy sort of area,” he says. “In years gone by it was all sweatshops. I remember doing a shoot in one of those sweatshops, all very dark with tons of those iron staircases.” 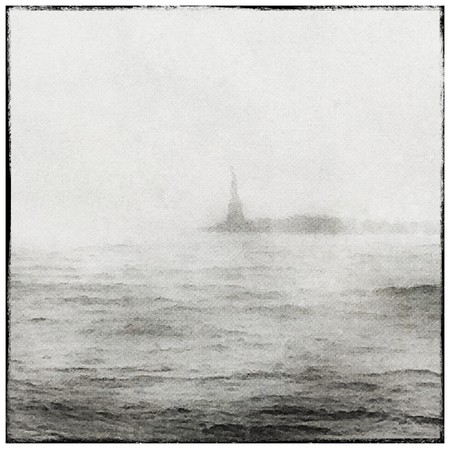 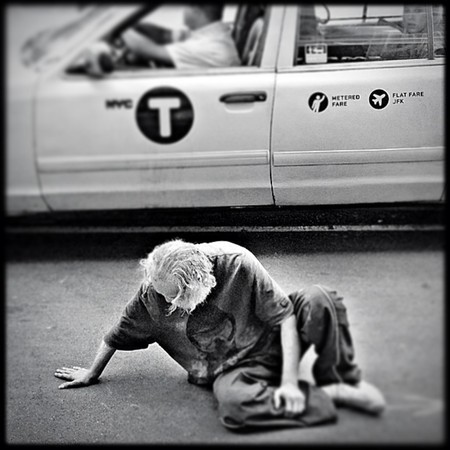 Parry spent a lot of time in Manhattan but would sometimes escape to Brooklyn to get a grittier feel of the city. “If you don’t want the modern stuff around New York, I would go over to Brooklyn and shoot back toward the Brooklyn Bridge and the Williamsburg Bridge so you can get as much of that feeling in,” he says.

And don’t sleep on New York City’s expansive parks. Parry would get inspiration from the many hotels in the city, and their sweeping vistas. “You’d always try to climb your way onto the rooftop somehow through the manager to see these fantasy views,” he says. “The Pierre is great because it’s right there [on the park]. Recently I shot out of the Mandarin Oriental, which is brilliant. But you can’t just wander in, unfortunately.”

Though Parry doesn’t live in the city anymore, he still has his favorite haunts. “I will hang out at places like Soho House and Ludlow House,” he says. “I also hang out much more around the Gramercy Park area and Union Square. I go to Union Square Cafe a lot, and ABC Kitchen. I love to go to Pete’s Tavern; it’s booze orientated, but who cares? But I don’t ever go over to Brooklyn, I’m afraid. You’ve got to cross a river to get there.”