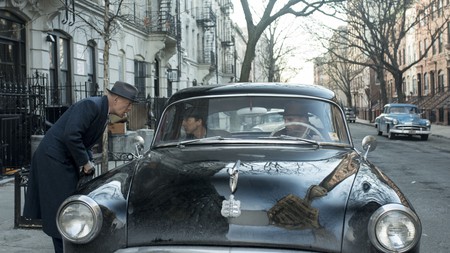 Detective story Motherless Brooklyn is a throwback to classic gumshoe stories of the past. Edward Norton takes on writing and directing duties, as well as starring in the film. Although the movie is set in 1957, the source material is a contemporary novel released in 1999. We find out why the adaptation is set in the ’50s, and why the locations we see on screen weren’t too hard to find. 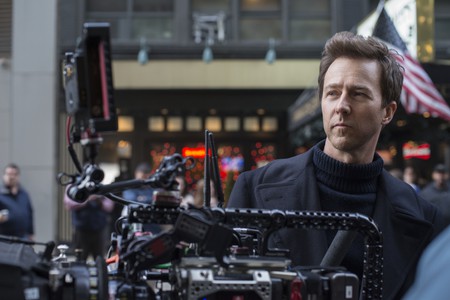 “It’s not just Brooklyn; we have Harlem and everywhere else in the film,” Edward Norton says when asked about setting Motherless Brooklyn in New York. The film plays with the familiar detective noir genre, giving Lionel Essrog (Norton) a condition that modern audiences will identify as Tourette’s syndrome. The ‘Motherless Brooklyn’ of the title refers to a nickname given to Lionel by his de facto guardian/boss, Frank Minna (Bruce Willis), who took the intrepid investigator under his wing from a young age.

“The film goes all over New York. It was like a treasure hunt, going around the city with smart people to find these places [that look like they were in the 1950s]. But then, I also know the city. I’ve lived in New York for more than 30 years now,” Norton tells Culture Trip.

The movie begins with a lengthy set-up, which keeps a tight frame on the main characters on a single street. This introduction leads one to think that film could be shot on a studio backlot somewhere miles away from the Big Apple, but the action soon progresses to an elaborate car chase, and the setting becomes unmistakably New York. 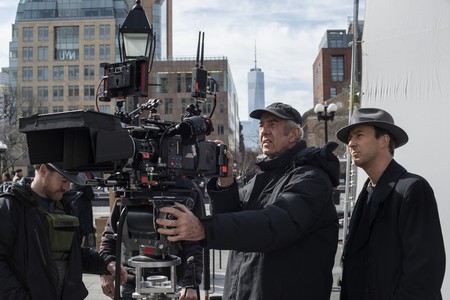 “We get 20 blocks deep with the chase. You can’t pretend with that; it just has to look right.” Norton adds. The book the film is based on pays homage to the ’50s, and so the director had no problem in translating the story to that era. “It was an opportunity to get into one of the deepest, darkest secrets of New York, which is the real history of what happened in that period.”

The antagonist is Moses Randolph (Alec Baldwin), an uncompromising modernizer and developer who will stop at nothing to create a legacy for himself. The film is sumptuous in its visual reverence to the past, but the dark underbelly Norton hints at is just as real as the locations on screen.

Randolph is based on Robert Moses, a larger-than-life figure who Norton refers to as “known, but not popularly known” when it comes to New York’s post-war history. “Half of what’s wrong with the city today is part of a ripple effect of what that person [the real-life Moses] did. How does that happen? How can one person amass that much power without ever being elected?” 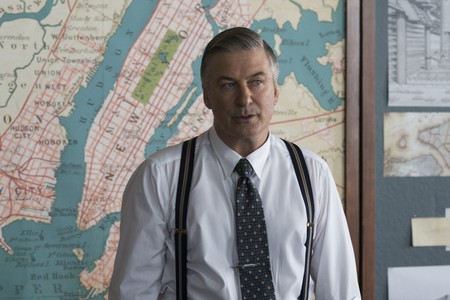 Moses was a polarizing figure in the expansion of New York. His legacy is certainly there, with many streets still bearing his name, but he has also been criticized for favoring his friends and deliberately displacing poor communities particularly in neighborhoods with large populations of black New Yorkers.

Motherless Brooklyn delves into the impact on individuals as well as communities. As Lionel investigates a murder close to home, he is drawn into the schemes of Randolph and his cronies. Lionel’s Tourette’s syndrome is carefully handled, with Norton imbuing the character with a tremendous sense of justice and sensitivity without ever downplaying the physical and mental toll the affliction can take. 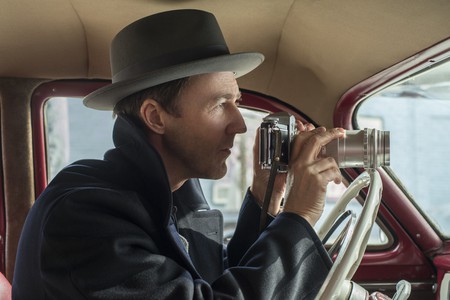 The gumshoe/detective genre has been mined countless times by Hollywood, from the early noir of the 1930s to more recent examples such as LA Confidential (1997). The plots for these films, just as is the case for Motherless Brooklyn, tend to flow from one narrative thread to another, but Norton is keen to point out that that doesn’t matter. “I’ve seen LA Confidential countless times, and I still couldn’t really tell you what the plot is about. It’s not the point; it’s the sensual experience of the film. When those films work, they are hypnotic, not necessarily a ‘comprehension’ experience.”

Motherless Brooklyn is on general release in the US now, and in the UK from 6 December.