A Tour Of NYC In 9 Album Covers 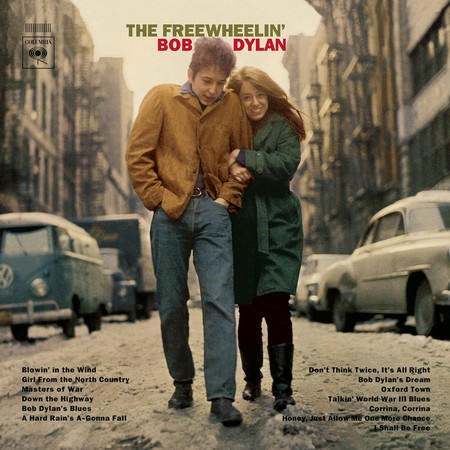 New York has always been a harbor for recorded music, acting as the home to most of the major labels and numerous artists, both internationally famous and on the underground grind. Here is a list of nine of the best albums covers captured in New York City. 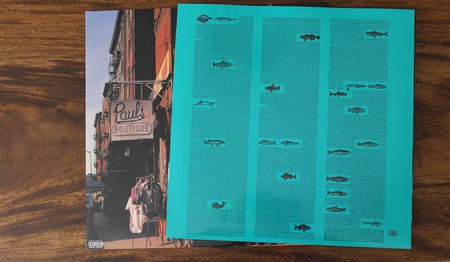 The Beastie Boys’ Licensed to Ill captured the hearts and minds of suburban, middle-class teens who yearned for something bold and fresh yet palatable. It was their second album, Paul’s Boutique, through which they gained something far greater: critical and hip-hop community respect. The Beastie Boys expanded their music palette by offering inspired, obscure samples while raising the stakes with their sonic output and dense wordplay. This album’s cover captures the true essence of a bygone era of Lower East Side of Manhattan. It also visualizes their new and improved sound.

Shop
Facebook
Email
Twitter
Pinterest
Copy link
Share
Map View
In the early 1960s, Bob Dylan was the talk of the town as he made his rounds in the local coffee shop/folk circuit of the West Village. His recording company, Columbia Records, knew they were sitting on something potentially big with the release of his second record, and with good reason: Freewheelin’ contains some of Dylan’s most iconic songs: ‘Blowing in the Wind,’ ‘Masters of War,’ and ‘A Hard Rain’s Gonna Fall.’ The Columbia A & R team worked on trying to capture him within his environment. The cover portrays a young Dylan and a lady friend rambling along Jones Street and West 4th Street in the middle of winter.

Building
Facebook
Email
Twitter
Pinterest
Copy link
Share
Map View
By 1975, Led Zeppelin had become the biggest music act on the planet. They had just come off a world tour promoting two monster albums that turned them a household name: Zeppelin IV and Houses of the Holy. With this new clout, bandleaders Jimmy Page and Robert Plant wanted to expand upon the band’s musical boundaries and visual style. They brought in artist Mike Dowd and designer Peter Corriston to help with the conceptualization of their latest effort, Physical Graffiti. Dowd and Corriston envisioned a large apartment building on the cover with the windows of the building hollowed out. The two inner sleeves would be filled with interchangeable artwork providing the record multiple looks. After several weeks in New York City, scouting around tenement apartment buildings, they finally decided upon two connected buildings on St. Mark’s Place situated in the East Village. Physical Graffiti is seen one of rock and roll’s most iconic album covers.

Wednesday Morning, 3 A.M. was this dynamic duo’s 1964 record debut. Simon and Garfunkel were still a year or two away from becoming a top 40-radio staple hit machine for the remainder of the 1960’s. Paul Simon was still in the process of honing his song craft. A good portion of the record is folk song covers. It does contain ‘The Sound of Silence,’ considered one of his best. The album cover, accompanied with ‘Silence,’ conveys the power of those rare, lonely, New York moments by way of a subway platform.

There was a brief moment of concern for Columbia-grad-students-turned-casual-rock-stars Vampire Weekend. They had a case of the second-record-letdown blues, after the band’s sterling debut. An anxious fan base gave a huge, collective sigh of relief upon hearing Modern Vampires. The new collection is filled with more of the infectious Afro-pop and new wave beat that made the band popular with the public and the critics alike. The cover is actually a famous photograph taken by New York Times photographer, Neal Boenzi. The picture is called ‘Smog Covered Skyline 1966,’ and it gives anyone interested a glimpse into what life was like before the creation of the Environmental Protection Agency. 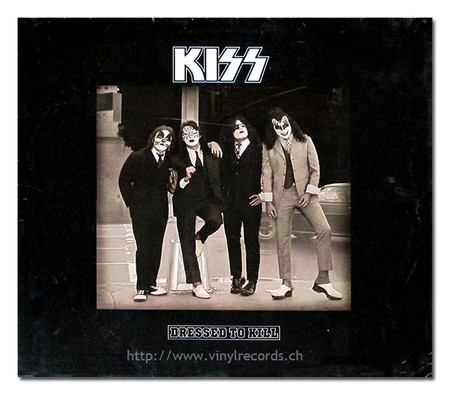 Market
Facebook
Email
Twitter
Pinterest
Copy link
Share
Map View
These 1970s heavy metal/monster rock-and-roll gods got their start in the borough of Queens, New York, not far from where the The Ramones made their mark. While both bands had a killer gimmick, it was KISS who hit the mother load, capturing two very much desired market demographics: teenage boys and adult men in varying degrees of arrested development. Each possessed huge swaths of disposable income. They carried on their calculated formula with passion and focused execution for the next thirty-some-odd years to great success. With their third release, Dressed to Kill, the band chose the Chelsea neighborhood for the photo shoot.

Park
Facebook
Email
Twitter
Pinterest
Copy link
Share
Map View
NYC jazz-rock staples Steely Dan hit it big with Pretzel Logic, the band’s third release, and a huge hit single, ‘Rikki Don’t Lose that Number.’ The album cover’s intention was to capture the essence of the city in which they grew up. Nothing screams ‘New York’ more than the ubiquitous hot dog carts (also know semi-affectionately as dirty waterdogs) that are liberally positioned around town. This photo cover was taken on East 79st and Fifth Avenue on the Central Park side of the street. Ironically, the album was recorded in Los Angeles, California.

Neil Young – After The Gold Rush

Aside from the occasional concert tour and promotion, Neil Young never had a much of a connection to New York. Most of his history is aligned with West Coast, particularly California. This 1970 record turned the burgeoning Young into an international star. The album cover photo was taken in the West Village on the corner of Sullivan and West Third Street. The cover shot was the result of an impromptu photo session with a then-18-year-old, photographer, Joel Bernstein. The picture initially contained Young’s sometimes band mate, Graham Nash, but he was eventually cropped out of the photo. The Gold Rush is considered to be Young’s most iconic album cover.

When the family of folk icon Woody Guthrie unearthed some of his long-lost lyrics, they knew they had something potentially special in their hands. With no music to accompany the find, the family began seeking out musical suitors who could possibly compose music do the words justice. After a long process, the family decided upon British folk/punk singer Billy Bragg and alt-country rock band Wilco. Much of the Guthrie lyrics captured his time living in Coney Island, Brooklyn, during the 1940s. Bragg and Wilco were so inspired by the project, they were able to produce a second album of songs, too.