Your Guide to Manhattan's East Village in the Movies 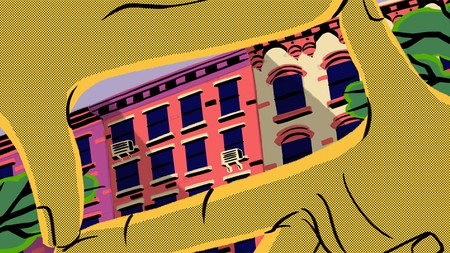 Here we take you on a tour of the East Village’s famous film spots—and so much more. You’ll need imagination, memory, and pastrami.

The East Village isn’t so much a neighborhood as a state of mind.

In the early 1960s, it was still just the upper Lower East Side, mostly occupied by Poles and Lithuanians all the way east to Avenue A, where it became Hispanic.Then real estate agents tried to upscale it. The south and north borders of the newly re-named East Village became East Houston and 14th Street; its east and west borders became the East River and Fourth Avenue.

And for years, that sweet spot has been Hollywood’s backdrop for movies about hippies, punks, artists and kooks (or it was, until Williamsburg happened).

We’ll need fuel for this two-hour walking tour, so we’ll start at the southernmost edge of the neighborhood at Katz’s Delicatessen at 209 East Houston Street. Step inside, get your ticket—you don’t want to face the wrath of the cashier if you lose it.

And don’t make with the “I’ll have what she’s having” joke from When Harry Met Sally (though, yes, that particular table is marked).Just dive in and get the $21.45 pastrami, and try not to fill up on the free pickles as you mentally rewind through the other movies that briefly shot here, including Donnie Brasco and Across the Universe.

Afterwards, turn left and head east for about six blocks and then go right and head north on Bowery.At number 315, you’ll see a John Varvatos store. Step inside (and past the $188 Henley undershirts) and search the walls for tattered posters there since this was the fabled CBGB, home of Manhattan’s most revolting bathroom and a long list of punk-rock docs, including the Ramones’ End of the Century.

Head further north, and then cut east on 5th Street until you reach number 244, Julia Roberts’ apartment building in Eat, Pray, Love—or was that Eat, Shop, Gentrify?Then, head a block north to 6th and schlep further east to between Avenues A and B—once converted into turn-of-the-century Little Italy for the Young Vito Corleone scenes in The Godfather, Part II. (The real Little Italy was already too modern.)

Did all that deli food make you thirsty? Your choice of bars. You could continue to B, then turn left and go north to number 108. The Alphabet City institution has had several names. Currently it’s called 7B, but old-timers still know it as Vazac’s. Originally a Slavic shot-and-a-beer joint, it’s hosted serious drinkers in films from Crocodile Dundee to Angel Heart. (Rent used the exterior, but faked most of its interiors in California.) Paul Newman’s favorite Boston dive in The Verdict? Yup, that’s Vazac’s, too. 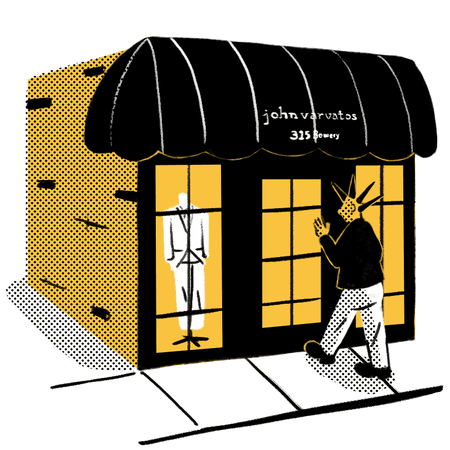 Alternatively, you could walk up to 7th Street, turn left, and walk west until you hit McSorley’s Old Ale House at 15 East 7th. “We were here before you were born” is its motto, and it’s been pushing drinks here since 1854. (And to men only until 1970, when the Supreme Court finally stepped in.) Get “two darks”—they only sell their small mugs of ale by the pair—and think about the films that drank here, including Once Upon a Time in America and Rounders (it’s where Matt Damon meets Gretchen Mol).

Wherever you go, afterwards be sure to walk by the vacant lot at the corner of 7th and Second Avenue—an empty space that used to house the beloved Love Saves the Day, the thrift-shop for go-go boots, Confidential magazines, and Madonna in Desperately Seeking Susan. An illegal gas hookup and the resulting explosion leveled its former home and two neighboring properties in 2015; two people died. 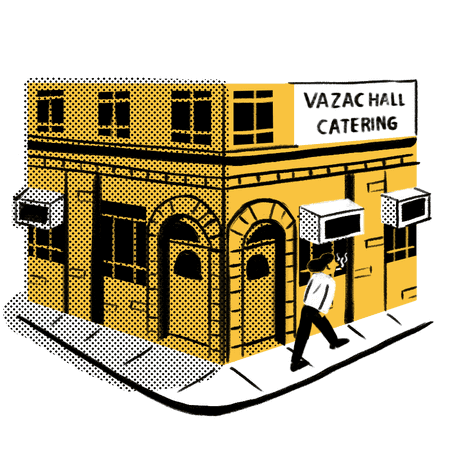 Walk up a block to St. Marks Place, the heart of the East Village, and offFirst Avenue you’ll find the venerable Theatre 80 St. Marks, at times a speakeasy, jazz club (Thelonious Monk and John Coltrane played there), and off-off-Broadway venue (where You’re a Good Man, Charlie Brown premiered).

It later became the city’s most idiosyncratic revival house, and retains its charm today as a theater and event space. Be sure to check out the sidewalk in front, a gritty equivalent of Hollywood Boulevard’s Grauman’s Chinese Theater where you can just make out the handprints of Joan Crawford, Gloria Swanson, Myrna Loy, and Joan Rivers.

Walk up another block to 9th Street, then turn left and head west to Second Avenue, where at number 144 you’ll find the Ukrainian restaurant Veselka. Michael Cera and Kat Denning stopped here for pierogis in Nick and Nora’s Ultimate Playlist, but it’s also great for a cup of tea and some poppyseed bread.

Another block up on the corner of 10th is the original home of the famed Second Avenue Deli; it’s a bank now, but tributes to great Jewish performers—the entire neighborhood was once the center of Yiddish theatre—are still set in the sidewalk. 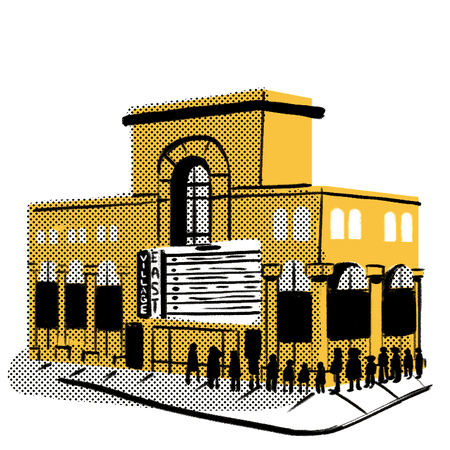 Now go up a block, go right, and head east until you reach 519 East 11th, where Melanie Griffith’s Lulu lived in Something Wild. Back when urban pioneers were first moving here, you could judge someone’s riskiness by the avenue they chose—A for Adventurous, B for Brave, C for Crazy, D for Dead. But that was a thousand rent hikes ago. (Lulu’s digs are, these days, a not-so-Brave co-op.)

Now head up to 12th and turn left to cut back to Second Avenue, where you’ll see the Village East Cinema at numbers 181-189. Nicely restored inside, the Moorish Revival building dates to 1926, when it was Maurice Schwartz’s Yiddish Art Theatre; it’s one of the few surviving landmarks of “the Jewish Rialto.”If you have time, buy a ticket for whatever movie’s playing in the main theater, and admire the intricately detailed ceiling.

Up for one last jaunt? Walk another block up to 13th, where Jodie Foster’s teenage hooker Iris hung out in Taxi Driver. She usually worked Third Avenue near Variety Photoplays, a picture palace from the nickelodeon days, but sadly that was torn down years ago. Head west on 13th, though, and at 226 you’ll find her place. A few houses down, at 204, is the doorway where Sport (Harvey Keitel) kept his eye on business. One-bedroom rentals on the block currently go for about $2,800 a month.

Funny—Taxi Driver‘s Travis Bickle (Robert De Niro) used to hope a “real rain would come” and clear out these streets. Who’d have guessed it would be yuppies, instead?

Liked this? If you want to turn all the pages of the TV & Movie chapter in New York’s history book, start here on our specially curated film tour.