Travel the World With These 15 Paintings 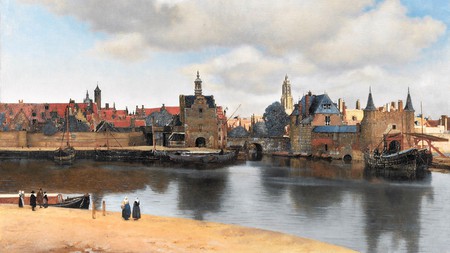 The best way to see the world is, undoubtedly, to travel. But when travel isn’t possible, paintings of faraway cities and stunning landscapes can transport your mind. From New York City to London, Cairo to the Andes, travel the world with these 15 artworks.

Boasting David Hockney’s ever-vibrant color palate, A Bigger Grand Canyon depicts the natural wonder in all its artful glory. In the early 1980s, Hockney visited the Grand Canyon and created a photo-collage of the site. The British artist returned to the subject in the late 1990s, when he painted the magnificent vista across 60 canvasses.

While Claude Monet is perhaps best known for his serene depictions of water lilies, the city of London was one of the French Impressionist’s favorite subjects. Monetpainted the Thames nearly 100 times between 1899 and 1901, and created a series of paintings portraying the Houses of Parliament at different times of day and in varying weather conditions. 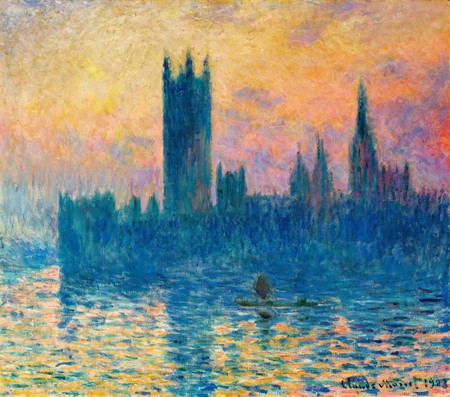 View of Paris from Vincent’s Room in the Rue Lepic (1887), Vincent Van Gogh

Legendary Dutch Impressionist painter Vincent Van Gogh lived for some time with his brother Theo in Montmarte. View of Paris from Vincent’s Room in the Rue Lepic is one of several depictions the artist created of the Parisian skyline from his window. Here, Van Gogh departs from the sweeping brushstrokes that defined his oeuvre, to employ the stunted brushstrokes that characterize the technique of pointillism. 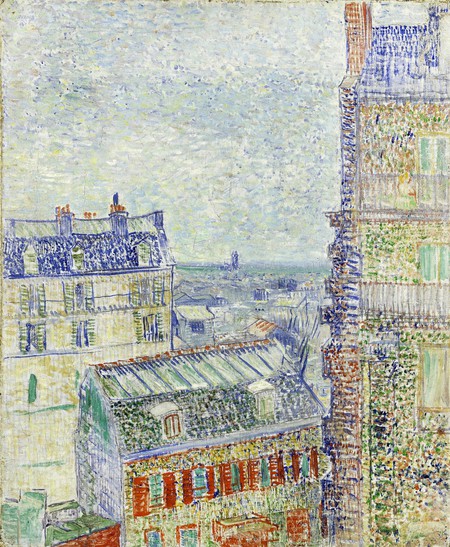 One of art history’s most celebrated Japanese painters and printers, Katsushika Hokusai is well-known for his arresting natural landscapes and the portrayal of Japanese life during the Edo period. Kirifuri Waterfall at Mount Kurokami in Shimotsuke Province portrays a stunning scene in the Japanese landscape, evoking the energetic serenity common in his oeuvre. 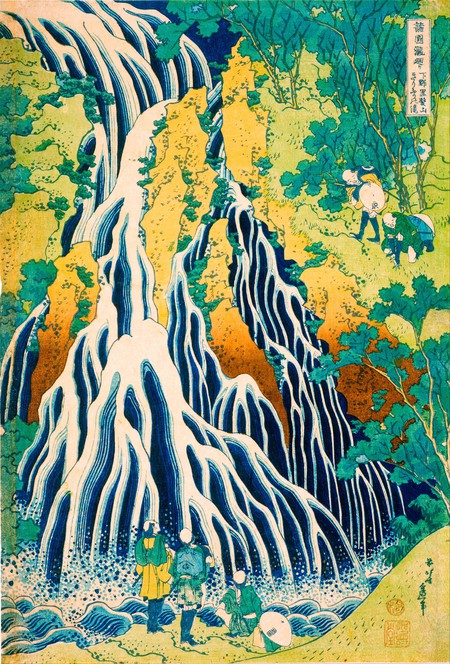 Johannes Vermeer’s 17th-century oil painting, View of Delft, is one of three depictions the Dutch artist created of his hometown. View of Delft, as was The Little Street and House Standing in Delft, was notably uncommon for the time period, as portrayals of cityscapes were rare. Here, Vermeer offers an intensely detailed portrayal of Delft in the mid-1600s on a small canvas spanning only one square meter in size. 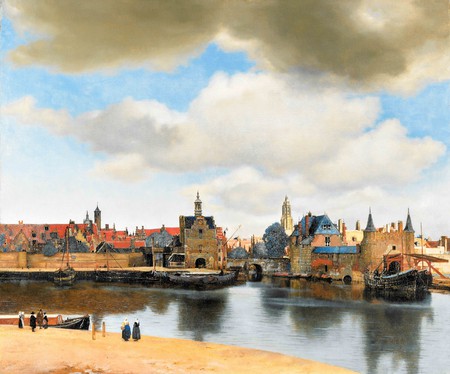 Van Gogh’s blossoming depiction of Arles affords a charming view of the French city in springtime. Pictured, are sprawling orchards and lush plots of farmland on the banks of a canal, and set to the backdrop of Saint-Trophime and College St. Charles. 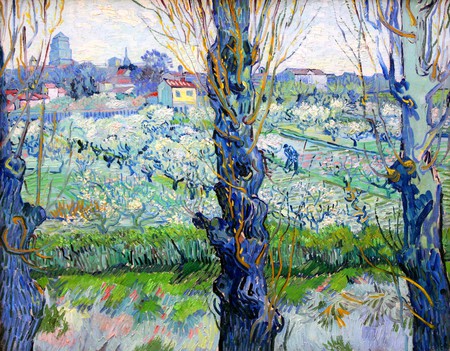 French-born Jean-Léon Gérôme painted a mosque in Cairo following his visit to Egypt in 1868. The interior dates back to the 7th century, but the building was derelict by the time Gérôme saw it in person. Therefore, it’s unlikely that the artist witnessed a service here firsthand. Gérôme traveled the Middle East extensively, however, and was fascinated by local practices. It’s believed that Prayer in the Mosque is informed by his travels, as well as photographs and sketches. 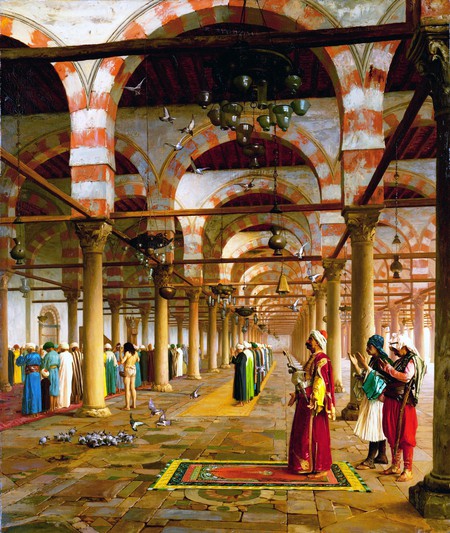 One of only two known landscapes painted by the legendary El Greco, View of Toledo is an emotive depiction of the Spanish city. As was common in El Greco’s work, this painting is characterized by a dark, ominous sky over rolling green hills and cold stone buildings. El Greco rearranged some of the city’s buildings for his expressive composition, but it remains one of the mannerist artist’s most recognizable and celebrated paintings. 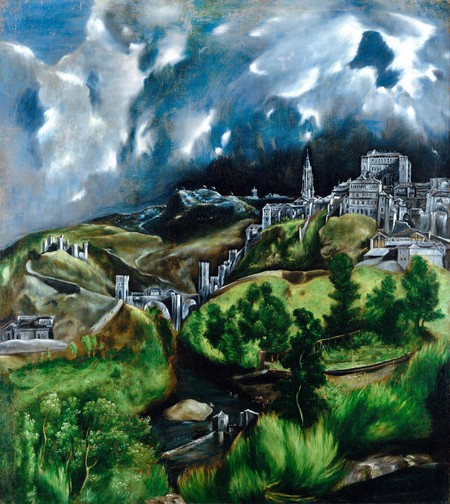 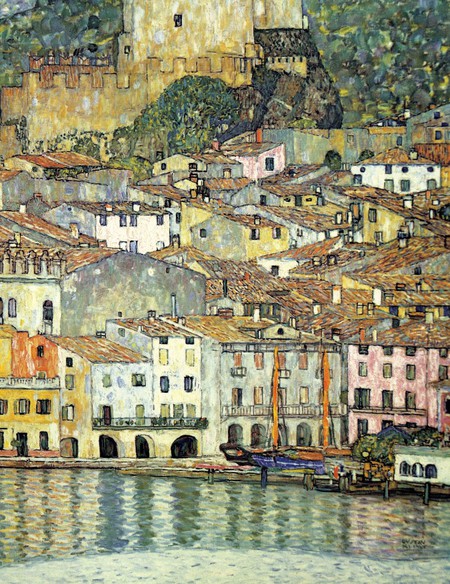 A fantastically bold example of Henri Matisse’s post-Fauvist aesthetic, Window at Tangier was painted in 1912. Matisse visited the Moroccan city twice, and took great interest in Islamic art. A prevalent color throughout North Africa, Matisse was inspired by the color blue throughout his career. Varying shades of blue serve as the predominant color in Window at Tangier, alongside a particularly flat approach to the landscape. 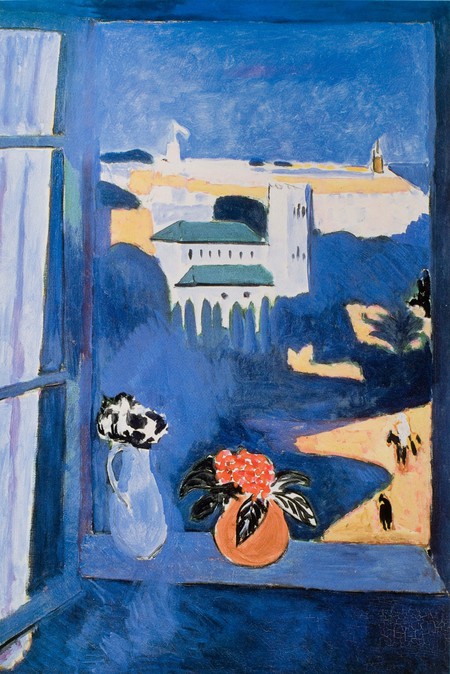 American landscape painter Frederic Edwin Church embarked on two extensive journeys throughout South America in the 19th century. He traveled through Ecuador for nine weeks, and subsequently produced a number of inspired sketches and watercolors. Heart of the Andes employs the untouched, pastoral aesthetic common in the Hudson River School. 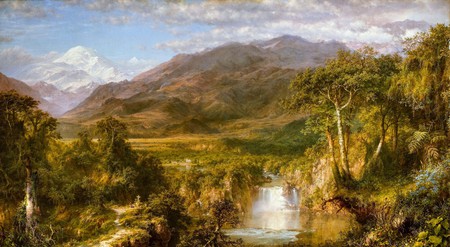 Nothing – perhaps not even his beloved Beatrice – was more precious to Italian poet Dante Alighieri, than his home city of Florence. La commedia illumina Firenze depicts the author of The Divine Comedy in three seamless parts; to the left is hell, towards the middle is Purgatory, and to the right (symbolically closest to God) is the city of Florence, from which Dante was tragically exiled until his death for political reasons. The poet died in Ravenna, but remains one of Florence’s most important and celebrated historical figures.

Edvard Munch’s haunting depiction of a zombie-like crowd takes place in Oslo on Karl Johan Street. While the backdrop is serene, with a warm evening glow, the painting evokes an entirely unsettling procession in the Norwegian capital. 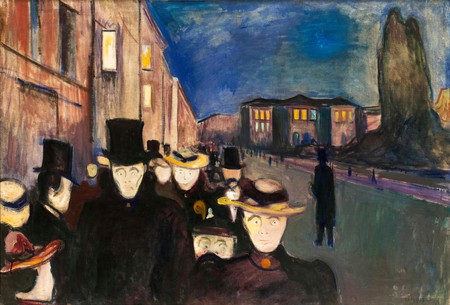 Edward Hopper’s Nighthawks is one of the most iconic American masterpieces in art history. Hopper drew inspiration from a diner on the corner of Greenwich Avenue in New York City; though the dark, still nature of the subject affords the painting a timeless quality that transcends geographical boundaries. 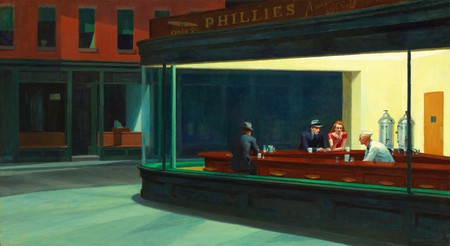 The Awakening of Kumbhakarna in the Golden City of Lanka (c. 1605)

Kumbhakarna was a giant in Indian mythology. He is said to have slept for a whole century until his demon brother, Ravana, awoke him with news that armies of monkeys and bears were attacking the city of Lanka. Lanka is a city in Hindu folklore, but it is identified with modern-day Sri Lanka. 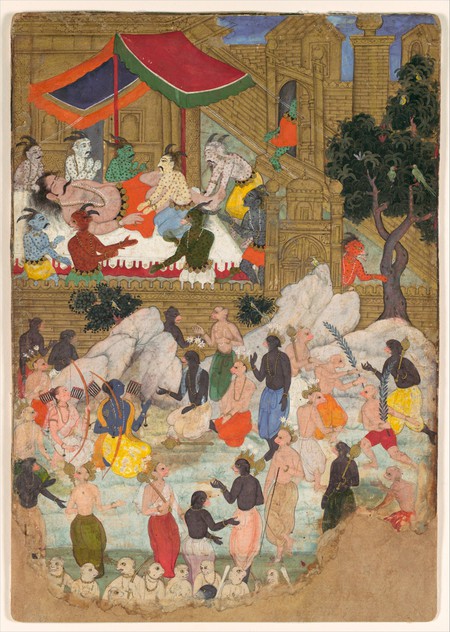