Top Things To Do in Queens, NYC 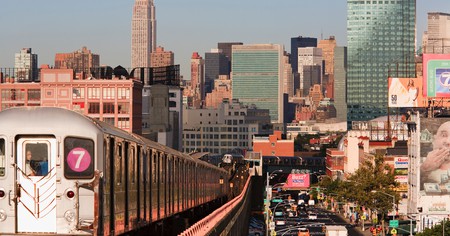 As the most diverse borough in New York City, Queens is home to the most languages of any place on earth. Queens is the hometown for countless first-generation Americans, and it’s no surprise that this exciting borough is filled with some amazing things to do. 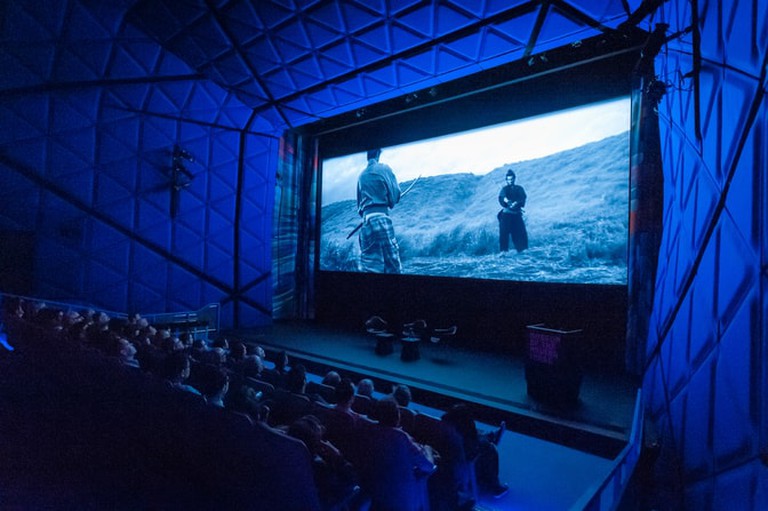 Located in Astoria, the Museum of the Moving Image focuses its interests on video. It is the only museum in the United States which examines the history, art and technology of the medium. While MoMi frequently hosts premieres and other special events, their permanent collection is worth checking out and includes the Jim Henson exhibit, which honors the work of the man behind The Muppets and Sesame Street. 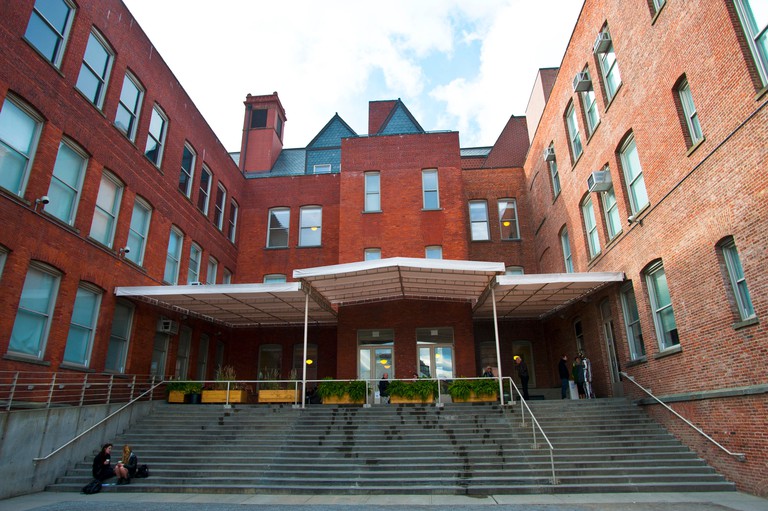 PS1 was founded by Alanna Heiss in 1971 to organize art shows in the underutilized warehouse spaces across the city. They opened a permanent gallery space in Long Island City, Queens within just a few years. Joining forces with MoMA in 2001, MoMA PS1 was born. Today, the museum aims to help foster artistic innovation and bring contemporary art to international audiences. 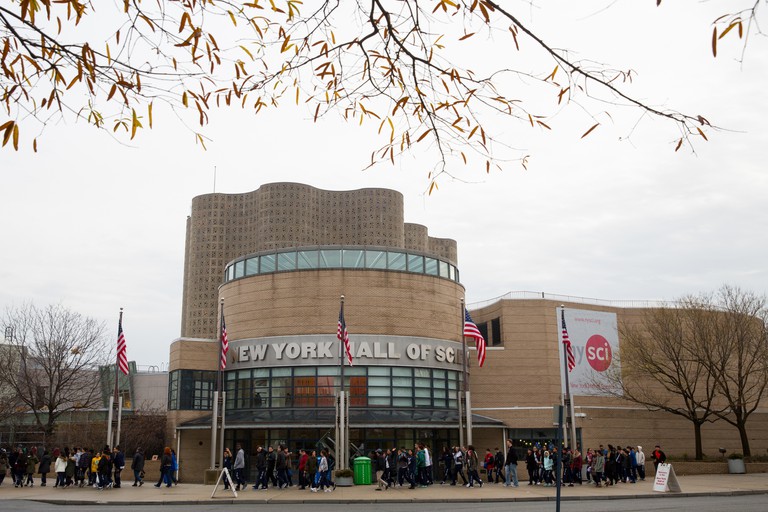 The New York Hall of Science in Queens, New York was founded as part of the 1964 World's Fair | © Andrew Kelly for NySci
The New York Hall of Science, also known as NYSCI, was founded as part of the 1964 World’s Fair and designed to make science fun. Perfect for the whole family, the museum specializes in interactive exhibits that allow visitors to get their hands messy while they learn. The permanent exhibits include the Design Lab, where you can make your own experiments, and Mathmatica, which creates visual and interactive displays aimed at demystifying math.
Open In Google Maps
47-01 111th Street, Queens New York, 11368, USA
+17186990005
Visit Website
Give us feedback 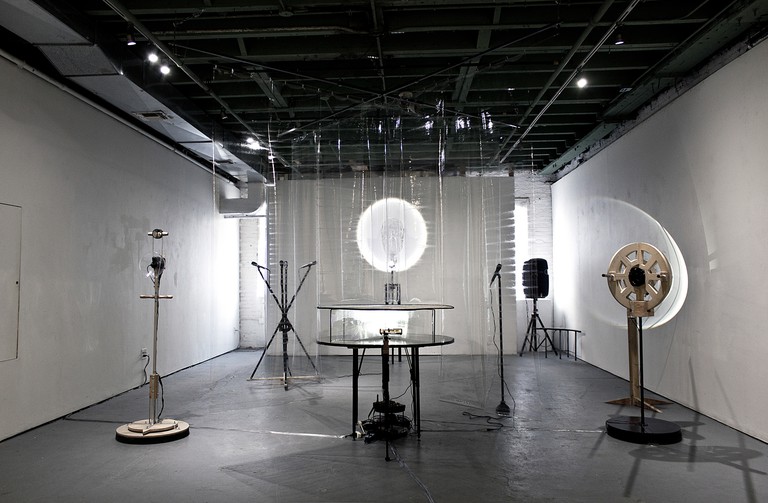 Flux Gallery helps to foster the city's art scene | © Flux Factory
Flux Factory has moved around Queens since it was founded in 1993, but it has never lost its focus as an artist collective that provides studio spaces and residencies to help foster the New York City arts scene. Visitors to the space can take workshops, visit the galleries and enjoy live performances.
Open In Google Maps
39-31 29th Street, Long Island City, Queens New York, 11101, USA
+13476691406
Visit Website
Give us feedback 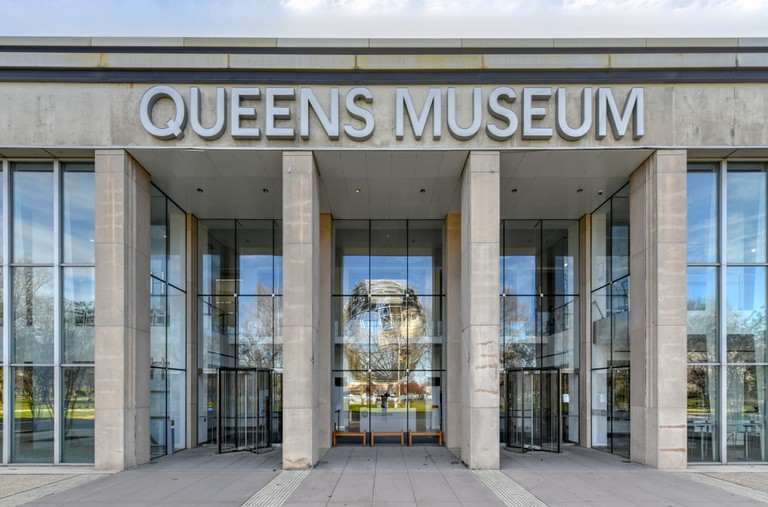 Queens Art Museum in Fushing Meadows is famous for its panorama of New York City | © Felix Lipov / Shutterstock
Also built for the World’s Fair, the Queens Museum focuses on art, architecture and design. Refurbished in 2013, the Queens Museum building is a beautiful feat of architecture, but the museum has not forgotten its history. It keeps paraphernalia from the 1964 World’s Fair, much of it on display. The highlight is the giant panorama of New York City in 1964 on a 1:1200 ratio. The Panorama of the City of New York also includes models for buildings that have never been built, offering an alternative to the New York City skyline we know today.
Open In Google Maps
New York City Building Corona, Queens New York, 11368, USA
+17185929700
Visit Website
Give us feedback 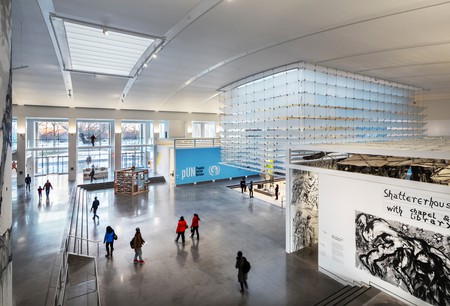 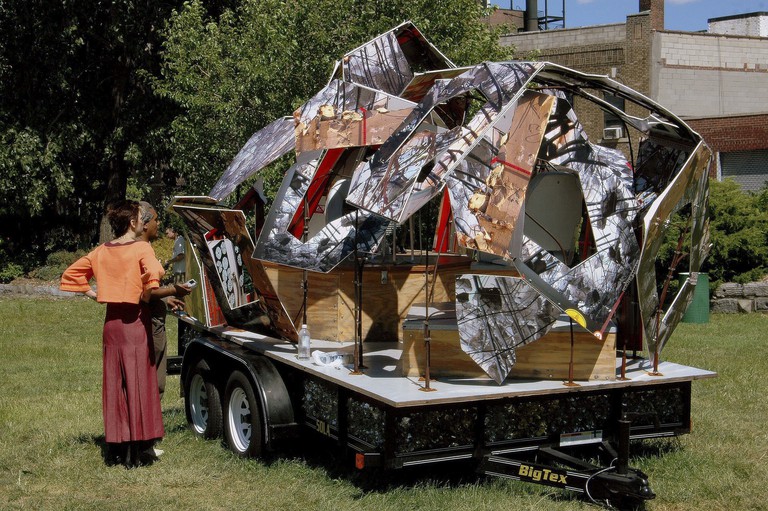 Socrates Sculpture Park contains many works of art | © Lee Snider / Alamy Stock Photo
Built on a former landfill, the Socrates Sculpture Park gives visitors the chance to interact with giant sculptures in a beautiful setting. There is no permanent collection and most sculptures are built on-site and can not be seen anywhere else. This ever-changing park – which is free to visit – demands repeat visits.
Open In Google Maps
32-01 Vernon Boulevard, Long Island City, Queens New York, 11106, USA
+17189561819
Visit Website
Give us feedback 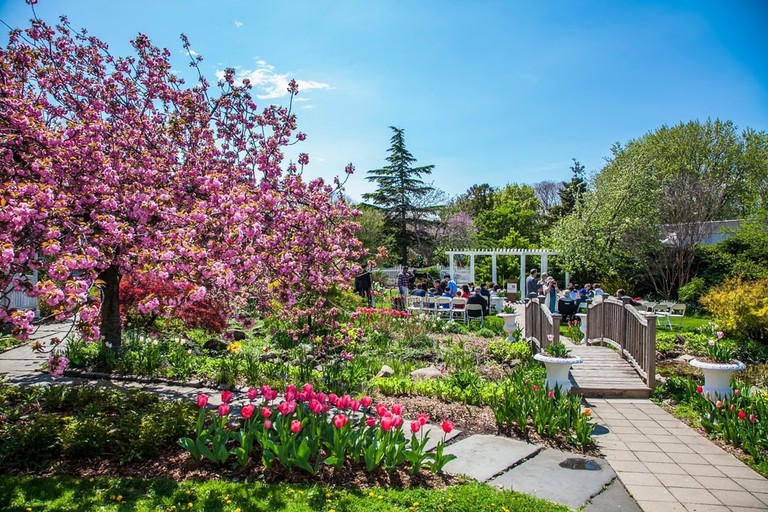 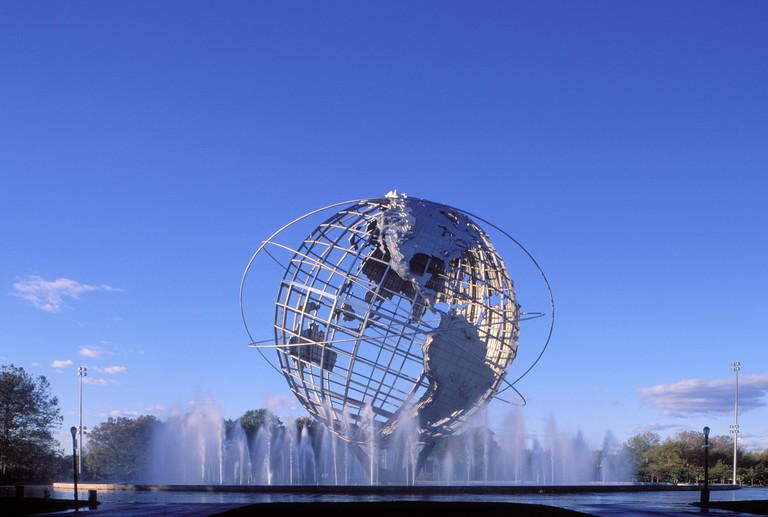 Flushing Meadows Park is the largest park in Queens | © Danita Delimont / Alamy Stock Photo
At the center of the 1964 World’s Fair fair was Flushing Meadows Corona Park, which remains the largest park in Queens. It was built on land described by F Scott Fitzgerald in The Great Gatsby as the “valley of ashes,” but today it’s occupied by recreation spaces, large green fields, a zoo and a baseball stadium.
Open In Google Maps
Van Wyck Expressway, Queens New York, 11354, USA
+17187606565
Visit Website
Give us feedback

The second-largest park in Queens is Alley Pond Park. Here you’ll find the Alley Pond Giant, thought to have first sprouted between 350 and 400 years ago and perhaps New York City’s oldest tree. Fans of heights will enjoy the park’s high ropes adventure course, NYC’s first public ropes course and the largest in the state.

Park
Facebook
Email
Twitter
Pinterest
Copy link
Share
Map View
This is one of NYC’s least crowded beaches, partly because it can be a little tricky to get to. Visitors to The People’s Beach at Jacob Riis Park must take a bus to reach it, in contrast to Coney Island and Brighton Beach, which are accessible by subway. The Beach Bizarre at People’s Beach offers concessions. Trek away from the boardwalk if you want an uncrowded space to lay out your towel.
Open In Google Maps
157 Rockaway Beach Boulevard, Rockaway Park, Queens New York, 11694, USA
+17183184300
Visit Website
Give us feedback

Park
Facebook
Email
Twitter
Pinterest
Copy link
Share
Map View
The Jamaica Bay Wildlife Refuge is a massive undertaking. Run by The National Park Service in conjunction with the City of New York, it amasses over 9,155 acres of salt marshes, fields, woods and freshwater ponds. It is also home to over 330 species of birds, 60 types of butterflies, fish, reptiles, amphibians and crabs.
Open In Google Maps
Far Rockaway, New York, New York, 11693, USA
+17183184340
Give us feedback 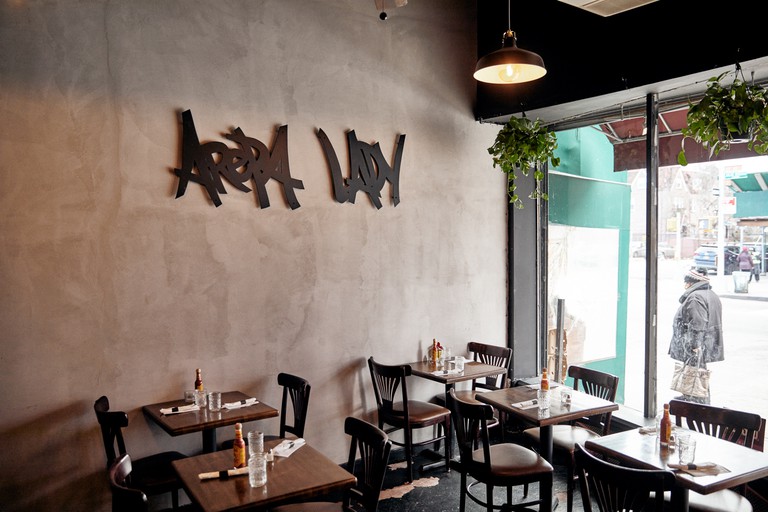 Once a street food favorite, Arepa Lady opened a brick-and-mortar location in 2014 before moving to its current location in 2018. Colombian owner Maria Cano is known for her savory arepa, which is a Latin American dish made of baked cornmeal. But the menu has many options, including chuzo and patacones (fried plantains).

Bar, Pub, Pub Grub
Facebook
Email
Twitter
Pinterest
Copy link
Share
Map View
This bar and grill may look like a regular German beer garden, but Gottscheer Hall is a cultural institution preserving so much more. The hall is named after the Gottscheer people and language from what is now modern-day Slovenia. While the speakers of Gottscheer might be dropping in number, this beerhall will remain, offering visitors great beer as well as some delicious German pub eats.
Open In Google Maps
657 Fairview Avenue, Ridgewood, Queens New York, 11385, USA
+17183663030
Visit Website
Give us feedback

Specializing in Middle Eastern treats, the Jordanian-owned Al-Sham Sweets & Pastries is the perfect place to delight in flaky baklava offered in a variety of flavors. This shop is part of “Little Egypt,” the Queens neighborhood filled with Lebanese, Egyptian and Palestinian immigrants and restaurants. Al-Sham is the perfect stop for some affordable bites to satisfy your sweet tooth.

The proprietors of the Bohemian Hall and Beer Garden claim it is the oldest beer hall in New York City. Founded by the Bohemian Citizens’ Benevolent Society of Astoria, the bar was opened in 1919 as part of a complex that included a farm and a gym; only the bar remains. It is a great spot to gather a group of friends to enjoy a few rounds and watch a game on the large projection screens.

Familiar to Queens residents, the Golden Shopping Mall sprung forward in the American consciousness when it was featured on Anthony Bourdain’s No Reservations; it’s also appeared on other food tourism media. The mall’s food court offers some of the most diverse Chinese gastronomic fair outside of China. Not all the vendors speak English, so you may have to rely on the English-language menus.