The Art of Lather: Making Artisanal Soap at Home 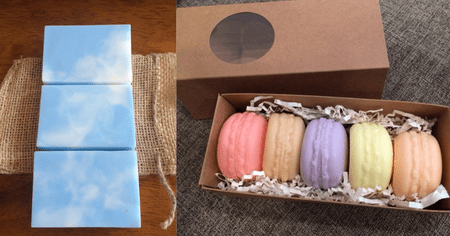 Marla Bosworth, founder of Back Porch Soap Company, has been creating her own soap for nearly 20 years. After a recent move from Colorado, Marla brought her apothecary skills to New York City, where she now teaches the art of cold process soap making.

It all started on a back porch in Massachusetts. Back in the throwback era of dial-up internet connection and AOL, Marla began her hunt to find the best soap-making techniques in various craft chatrooms. Shortly thereafter, she bought her first soap-making kit, and to the surprise of her neighbors, suited up in full gear to make her first batch outdoors. From then on, she was hooked.

“We have our own energy in what we do, in what we create,” she says, seated inside an art studio on the Upper West Side. “And in this class, I want to get to the why. Why do we use certain products?” After an hour-long discussion on the soap-making process, complete with the dangers of lye and the controversial issue of using palm oil (more on that later), the students were ready to try their hand at the process. The batch would be made the old-fashioned way, using lye, oils, butters, and fragrance. 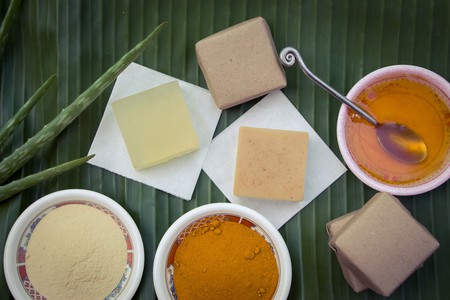 As a first-timer to the soap game, and with a cinematic imagination, when it came to the subject of lye, I couldn’t help but visualize scenes from Fight Club. How ironic was it that my new teacher’s name was Marla, which also happened to be the name of the leading lady? (Remember the self-destructive yet brilliant, lady of the night who falls in love with soap-maker Tyler Durden?) Despite the cinematic connections, real-life Marla was very different. In a calm, professorial tone, she explained the steps, techniques, and all the intricate mathematical calculations that go into the art of creating the perfect batch.

The process, she says, begins with lye—no matter what anyone tells you, lye is necessary in every batch of soap. “The joke is,” Marla says, “If anyone tells you they don’t make soap with lye, it’s a lie.” At one point in the class, Marla used the analogy of building a house as a formula for understanding the soap-making process: “The foundation [for the house] is the coconut oil. Your first ‘floor’ is the butter (like shea butter), and the second floor consists of other oils, such as olive or sunflower.” Each layer is calculated according to the lye-water-oil ratio, and the result is a mathematically proportionate formula. Who knew cold-process soap-making was all about mathematics? 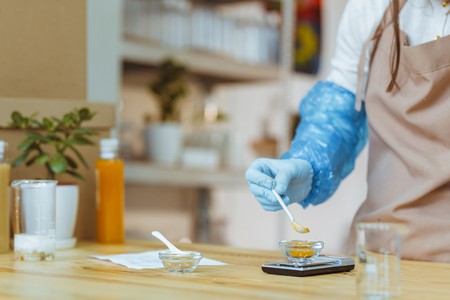 But designing your own soap isn’t just chemistry and mathematics, it’s also about being fully conscious of the products you use. “Our skin is our largest organ, and we should treat it with care. If you’re eating all-natural, your skincare regime should be all-natural, right? Palm oil (even “sustainable” palm oil) sourced from Southeast Asia is contributing directly to the extinction of orangutans…Don’t buy into ‘sustainable’ palm oil,” says Marla. “It’s a farce but most people don’t even know it. Indonesia has the highest rate of deforestation in the world due to land clearing by palm oil plantations.”

Most of the students in the course were already familiar with “melt and pour”—a pre-made kit that doesn’t entail intricate calculations and the mixing of lye by hand—but no one had ever actually made soap using this cold-process technique. “When we make cold-process we choose all the ingredients that go into the soap,” she says, and each batch takes around four weeks to cure. “Melt and pour doesn’t need to cure because that process has already been completed by the manufacturer.” Cold process soap-making also produces a “creamier” soap that lathers well in the bath, and can be easily customized with your favorite oils and additives such as rose clay, calendula, and even carrots. 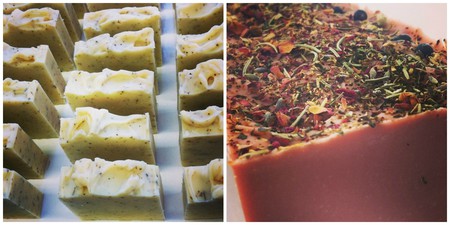 Some of the students were interested in eventually selling their own soaps and wanted to know the various benefits of additives—such as turmeric, oatmeal, charcoal—and how to buy a soap stamp. After the end of the over 3-hour session, we each made about two tubs’ worth (about 6 bars each) of cold-process soap: one made with activated bamboo charcoal and dried nettle, and the other made with lavandin (a variation of lavender) and lemongrass essential oil. And despite my trepidation about the lye and flashes of Fight Club, I didn’t get burned once.