A First-Timer's Reason For Running The New York City Marathon 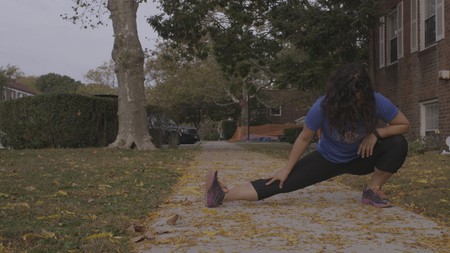 Running used to be punishment for Aja Carter. Carter played basketball, softball and tennis at Freeport High School in Long Island, N.Y. Suicide sprints and running laps were the result of a missed play, lack of hustle or insubordination.

Today, Carter, 29, has a new perspective on running.

“When I go out and run it helps me clear my mind from all the stuff I’m dealing with, whether it’s family or work-related,” she said.

Her father, Milton Carter, is sick. He has issues with his liver. 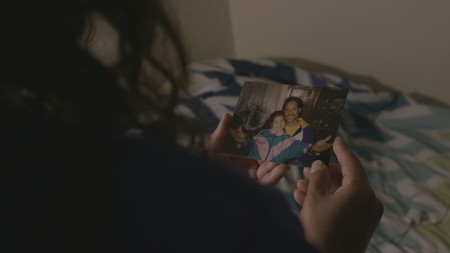 Aja Carter looks at an old photo of her and her father, Milton. | © Drew English

Carter has been training for the 2016 New York City Marathon, which takes place Sunday, November 6. The event, which has been held annually on the first Sunday of November since 1970 (except in 2012 because of Superstorm Sandy), is the largest marathon in the world with 50,000 participants each year.

For Carter, this year’s event was her last chance to accomplish a personal goal.

Carter, who lives in Queens, ran the NYC Half Marathon two years ago and was looking for a greater challenge. She also missed the competition and motivation she used to get from playing sports.

The NYC Marathon seemed to be a perfect solution for a multitude of reasons.

While Carter, an athletic trainer, built up her own endurance from jogging and running prior to the NYC Half, she was more serious with her training before this year’s marathon.

READ: The Tech Behind The Race

The virtual trainer informs users how many miles to run each session and at what pace to run. Carter utilized this routine as well as her athletic training background to prepare for her biggest athletic feat to date.

“It helps having a history of working with athletes,” she said. “When they come into the training room with aches and pains, I have an idea of what caused them and the body mechanics of what they’re doing. I try to avoid those things and make sure I train correctly for the marathon.”

While distance running is about increasing physical stamina, the mental aspect is equally as important, if not more so. 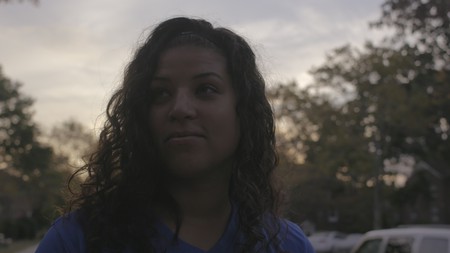 Aja Carter said while training has mostly been positive, there have been moments of self-doubt. | © Drew English

Carter has certainly had her fair share of doubts in her training for the NYC Marathon.

“I was running 20 miles the other day and at mile 15 my foot started hurting,” she said. “I wanted to stop, but if I stopped I wouldn’t finish my training and it wouldn’t help me for the race. At that instant I was nervous because what if it happens during the race? Then I don’t finish the race. After all this training and excitement, getting everyone involved, and I don’t finish the race? That’s something I’ll be very upset about.”

But, just like how she clears her mind when she laces up her running shoes and hits the pavement, Carter isn’t worrying about “what ifs,” potential injuries or anything negative when it’s time for the big event.

She’s got one thing in her sights.

“Crossing that finish line is going to be amazing,” she said. “I already know I’m going to cry. I see my hands in the air with all the people clapping. I’m going to look for my family. I want to give them a hug and thank them for supporting me — not just at the race, but the entire time to get to this point.”