The Best Inns and Bed and Breakfasts in the Finger Lakes, New York 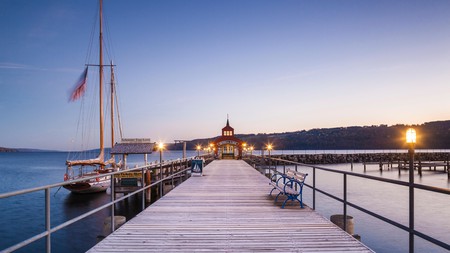 The Finger Lakes region in New York state dazzles with dramatic gorges in Watkins Glen State Park, cascading waterfalls through Taughannock Falls State Park and glittering lakes like Keuka. Staying at historic inns and cosy B&Bs makes for the perfect base to discover its charms, and don’t miss the wine trails, especially America’s oldest – the Cayuga Lake Trail. These are the best inns and bed and breakfasts in the Finger Lakes, bookable with Culture Trip. 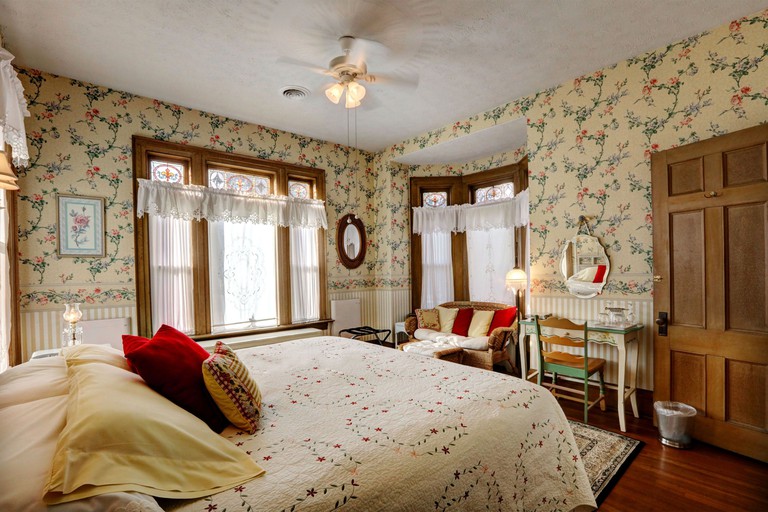 Courtesy of Barrister's Bed & Breakfast / Expedia.com | Courtesy of Barrister's Bed &amp; Breakfast / Expedia.com
No detail is overlooked by Barrister’s owners Ken and Diane McConnell. Only the fourth family to own this stately property since it was built in 1860, the couple wants every guest to treat their five-bedroom home as their own. Rooms at this Fingers Lakes bed and breakfast have thoughtful touches such as handmade quilts and whirlpool tubs. Breakfast is a homemade three-course extravaganza, and the owners can arrange everything from on-site massage to winery tours. It’s possible for 11 people to hire the house in its entirety for ultimate privacy. 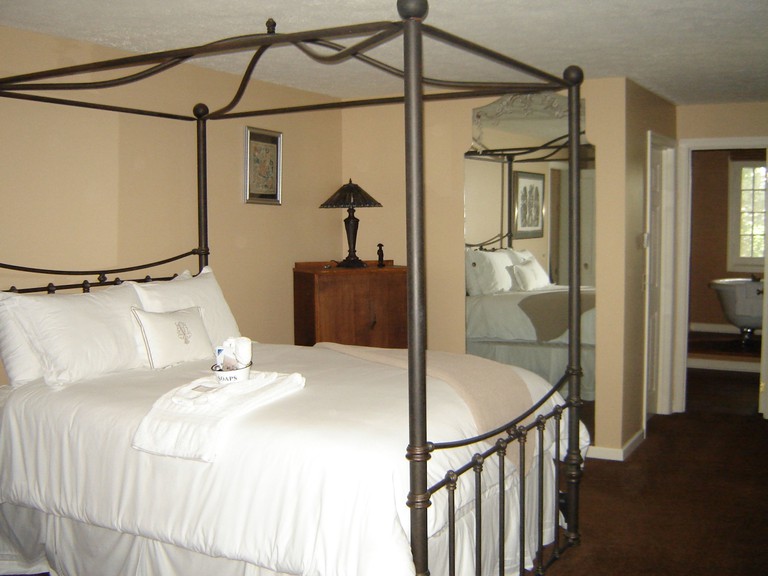 Courtesy of Vintage Gardens Bed and Breakfast / Expedia.com
Green-fingered guests will adore this unique B&B in Finger Lakes, once owned by the Jackson and Perkins families who founded one of the largest horticultural firms in the United States. The two families maintained display gardens at the property until the mid-1930s and this quaint B&B still retains its 19th-century landscaping, mature trees and shrubs, woodland area, formal rose garden and fountain. Every room has a view of the magnificent grounds and is adorned with fitting floral details, while guests are well placed to visit Finger Lakes’ other notable gardens including Eastman House and Granger Homestead. 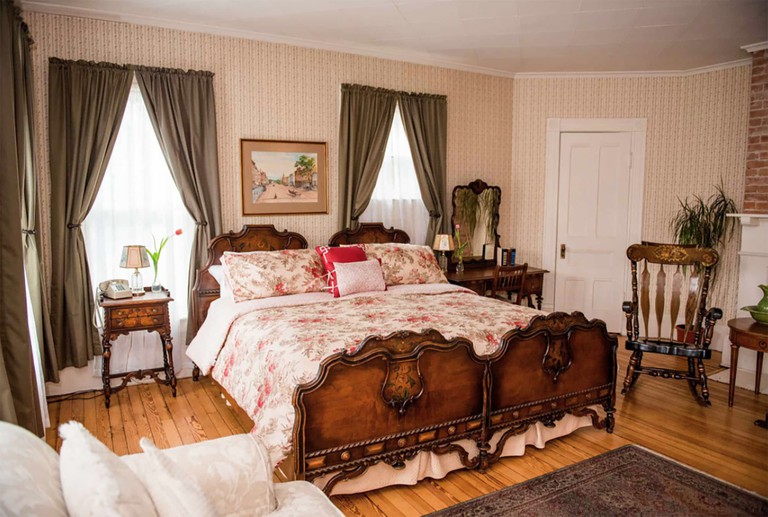 Courtesy of Springside Inn
There’s no need to hunt down a local restaurant if you’re staying at Springside Inn near Owasco Lake in Auburn. The grand 19th-century seven-bedroom house is also home to a sleek gastropub, popular with locals for its flatbread pizzas, feather-light cheese soufflé and decadent slabs of cheesecake. Book into Room 31 afterwards if you can to luxuriate in its four-poster bed and whirlpool tub, with a complimentary continental breakfast to follow the next day. 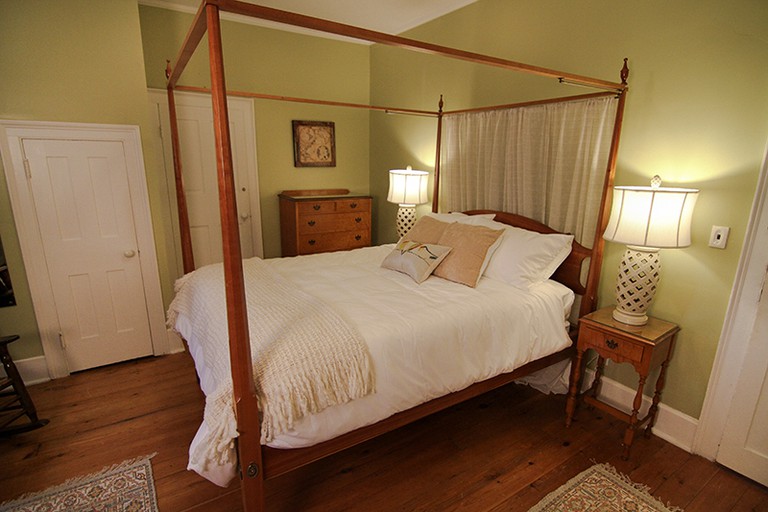 Courtesy of The Laurentide Inn / Expedia.com
Breakfast isn’t an afterthought at this recently renovated inn, first built by US Congressman William Morrison Oliver in 1820. Morning menus are indulgent and seasonal, featuring cold-pressed juices, a mimosa of the day, breakfast pizza and a stack of buckwheat pancakes served with thick cut maple bacon. There’s nothing standard about the inn’s five stylish guest rooms either, given a contemporary makeover with waterfall showers, Google Chromecast streaming and Bluetooth speaker systems. 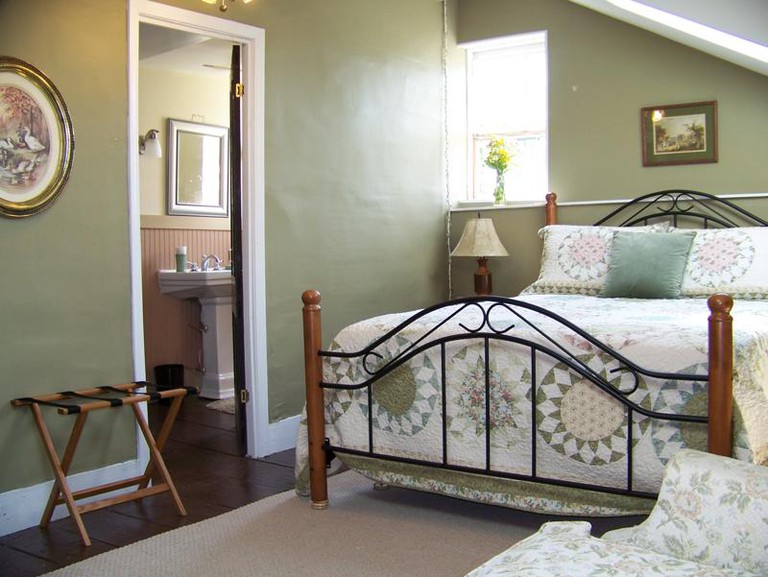 Courtesy of Black Walnut Bed and Breakfast
Wine buffs won’t have to go far from the Black Walnut B&B in Finger Lakes to sample the region’s best vintages. Located just outside Trumansburg in the hamlet of Covert, the 19th-century farmhouse is right on the Cayuga Wine Trail, where visitors can choose from 15 wineries, four distilleries and a cider house. The Seneca Wine Trail is also just 15 minutes away, while the Americana Vineyards and Crystal Lake Café is a five-minute stroll. 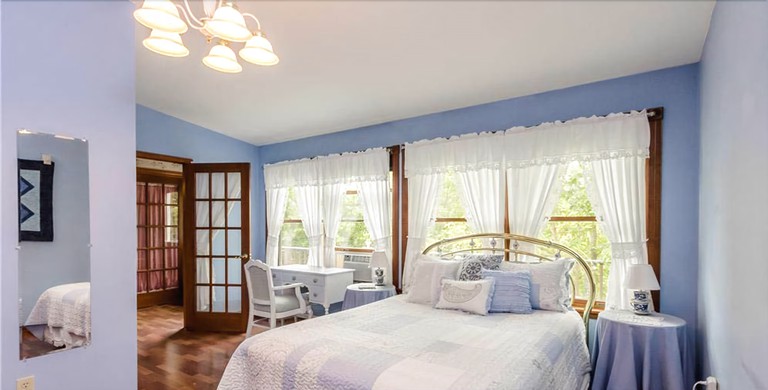 Courtesy of The Yorkshire Inn / Expedia.com
A perfectly preserved slice of American history, the Yorkshire Inn was built as a farmhouse around 1796 and later catered to the mail service horses and stagecoach passengers starting in 1802. More recently, the current owners spent four years restoring its historic glory right down to the traditional paint colors used. The inn now offers two double rooms and two suites that can sleep up to six people, making it perfect for traveling families. 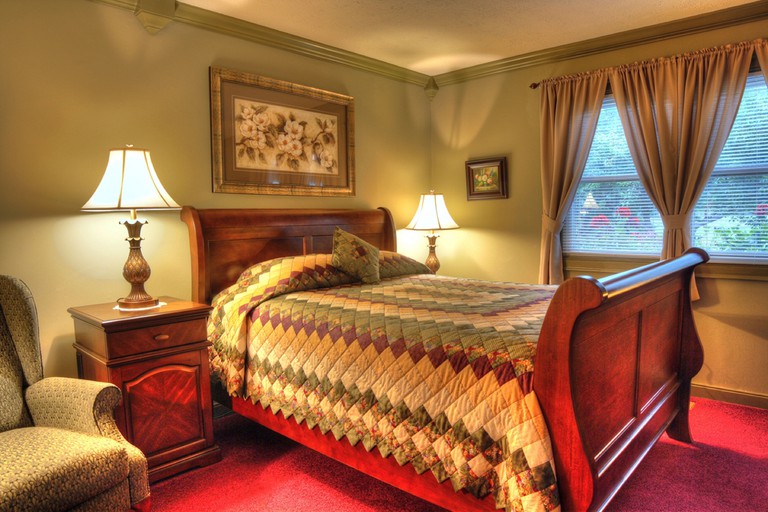 Courtesy of Los Gatos Bed & Breakfast / Expedia.com | Courtesy of Los Gatos Bed &amp; Breakfast / Expedia.com
Sample the good life at this solar-powered home between Seneca and Keuka Lakes, just outside Penn Yan. Surrounded by farmland and vineyards, the B&B offers five cosy guest rooms including two log cabins tucked into woodland. Head to the main house for a farm-fresh breakfast you won’t forget, including homemade breads, custom blend coffee and eggs straight from los Gatos’ own chickens. A counter is piled high with seasonal strawberries, apples or pears from the garden for succulent snacks through the day too. 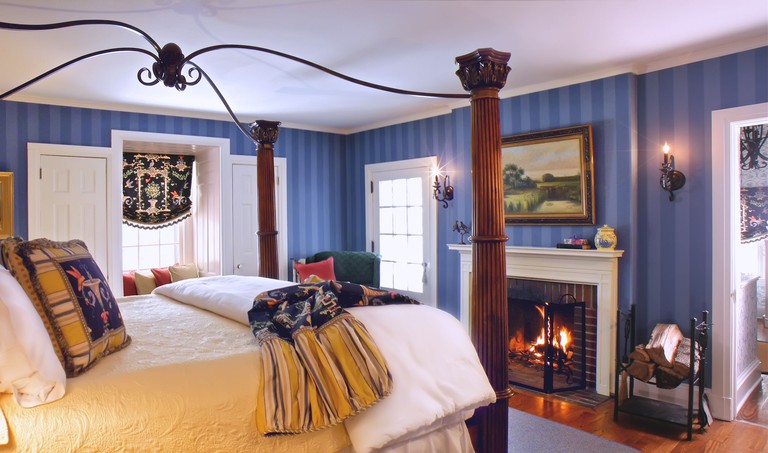 Courtesy of 10 Fitch Luxurious Romantic Inn / Expedia.com
Added extras are all part of the package at the immaculate 10 Fitch, an elegant 1920s property set in landscaped gardens in Auburn. Open to adults only, all three opulent suites feature iPods loaded with relaxing playlists, handmade olive oil soap, original art and plates of homemade chocolate chip cookies. Guests can also browse antique books in the library, order romantic picnic lunches stuffed with treats or play board games in the living room with a glass of raspberry iced tea.

Looking for more places to stay in New York? Discover our guide to the best hotels in the Finger Lakes, bookable through Culture Trip. Or, you can explore the state’s natural beauty at one of these top-rated camping spots in New York.