The 10 Most Beautiful Towns In Nebraska, USA

Better known for its wide open spaces and iconic windmills, between its expansive grasslands and prairies Nebraska is home to a host of charming communities. From Scottsbluff in the west to Red Cloud, the town that inspired many a novel; we round up 10 of Nebraska’s most scenic towns. 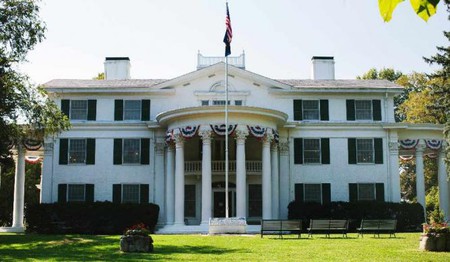 Nestled on the banks of the Missouri River on the border with Iowa, Nebraska City was founded in 1855 and is the state’s oldest incorporated city. Naturally, there’s a ton of historical wonders to entertain history buffs, from the Mayhew Cabin and John Brown’s Cave, Nebraska’s only recognized Underground Railroad site, to the beautiful Arbor Lodge State Historical Park, the former home of J. Sterling Morton, founder of Arbor Day. For a small town of around 7,000 Nebraska City certainly packs a busy cultural calendar and is best-known for the AppleJack Festival, held each September since 1969, which celebrates the start of the apple harvest. 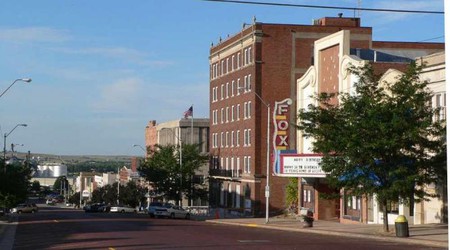 Located in the rolling hills of southwest Nebraska, McCook was founded in 1882 and quickly grew into a railway boomtown on the Burlington and Missouri River Railroad. Today a bustling community of just under 8,000, McCook boasts all the comforts of urban living with plenty of small town charm: its vibrant downtown is home to a host of food joints, specialty shops and cultural venues, while the town hosts fun events including the Buffalo Commons Storytelling Festival and the Red Willow County Fair. For fans of architecture, McCook is also home to the Harvey P. Sutton House – a private residence designed by acclaimed architect Frank Lloyd Wright and a stunning example of his early signature Prairie School designs.

A short distance from the border with Kansas is the small community of Red Cloud, a charming, historical town that inspired the works of one of the most important American novelists of the early 20th century. Willa Cather, author of My Antonia, moved to the town as a child and today the Willa Cather Foundation offers tours of the writer’s childhood home and other sites connected to her life and works, and the quaint brick streets of downtown Red Cloud are home to beautiful historic buildings like Red Cloud Opera House, built in 1855, while the town also hosts annual festivals including Street Car Days and the Republican River Tank Float.

Over in Nebraska’s westernmost reaches is the bustling town of Gering, founded in 1887. Gering lies at the foot of Scotts Bluff, a dramatic cliff face that has been dedicated a national monument and was used for centuries as a landmark by people traversing the Great Plains. While the surrounding area, from Scotts Bluff National Monument to neighboring Minatare Lake, offers plenty of activities for outdoorsy folk, you don’t have to leave town to have fun: the beautiful Riverside Park is home to campgrounds and a zoo while the West Nebraska Arts Center hosts shows from local artists like Peg Fowler and educational exhibits showing works from world-renowned artists like Salvador Dali and Andy Warhol.

A small but progressive community located just outside Grand Island, the town of Aurora is frequently ranked amongst the best places to live in Nebraska. Incorporated in 1877, much of the town’s early history is still evident, historic homes dot Aurora’s scenic brick-lined streets, while its town square is home to the imposing redbrick Hamilton County Courthouse, built in 1895. Visitors to Aurora can also learn about local historic cultures at the Plainsman Museum, which includes an agricultural museum and replica 19th century schoolhouse; while the Edgerton Explorit Center is an interactive museum featuring educational scientific exhibits.

Ranked amongst the best places to live in retired teacher and avid traveler Charles Anderson’s list In Search of Eden: America’s Best Small Cities in 2013, Seward is a charming community nestled on the banks of the Big Blue River. Seward’s pretty downtown district is home to a bustling community of restaurants and shops while the scenic Seward City Park is perfect for a relaxing riverside stroll. Known as the ‘Fourth of July City’ for its annual Independence Day celebration, which has been held annually since 1868 and features parades, concerts and a huge fireworks display; Seward’s location near Lincoln offers all the charm of small town living with the convenience of a nearby big city.

Nestled in Nebraska’s northwestern most reaches, Chadron’s location has made it a natural haven for lovers of the great outdoors: not only does the town sit on the edges of the beautiful Nebraska National Forest, it is also within easy driving distance of the Oglala National Grasslands, home to the unique landforms of Toadstool Geological Park. Formally founded in 1884 and named for Louis Chartran, a fur trapper who established a trading post on neighboring Bordeaux Creek, the town celebrates its fur trade origins with the Museum of the Fur Trade and annual Fur Trade Days festival.

Located on the outskirts of Nebraska’s biggest city Omaha, Papillion is one of the state’s bigger towns, but despite its larger size has still managed to achieve national recognition for its idyllic small town feel, frequently ranking among CNN Money Magazine’s Best Places to Live in America and cited by Bloomberg Businessweek as the best place to raise kids in Nebraska. The former railroad boomtown still retains its original, historic downtown which is today home to a community of locally-owned businesses while over a quarter of the beautiful town is dedicated to greenspace including 12 city parks, two golf courses and a number of trails.

Its motto is ‘small town, big adventure’ and Valentine, a small community located just a few miles from the South Dakota border, certainly delivers what it promises. Just east of town is the stunning Fort Niobrara National Wildlife Refuge, nearly 20, 000 sprawling acres of forest and grassland, which is home to hiking trails and a number of elk, bison and greater prairie chicken while a trip to nearby Smith Falls State Park allows visitors to discover Nebraska’s highest waterfall. In the town itself, attractions include the Valentine Fish Hatchery, which raises fish including largemouth bass and bluegill, and the Cherry County Historical Society Museum dedicated to pioneer era culture of the region.

Known for its small town ambience and friendly community, Ashland is home to just 2,600 people but nevertheless is a thriving, vibrant stop-off in southeast Nebraska. First settled in 1857, Ashland’s quaint brick-paved downtown still retains much of its original charm with historic buildings residing comfortably with modern shops, cafes and art galleries while just outside town is the Israel Beetison House, a beautiful mansion built in 1875 by an Englishman who settled in the area. Ashland is also home to the Strategic Air and Space Museum, a one-of-a-kind museum dedicated to the preservation and exhibition of Strategic Air Command aircraft and artefacts.