The Josephine Baker Biography: Story Of A Dancer 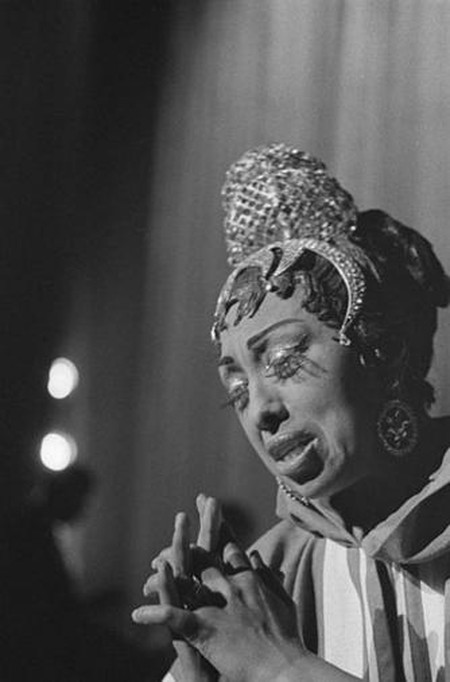 Baker was born in St. Louis, Missouri, in 1906 to Carrie McDonald, a washerwoman and Eddie Carson, a vaudeville drummer. From a young age shetook up domestic work for white families in St. Louis, but by 14 was already taking to the stage. She toured the US with The Dixie Steppers in 1919, and garnered a reputation as an excellent chorus girl, whose dancing ability and comic expression were equally matched. But it was Paris, not the US, where Baker would become a star. When she travelled to Paris in 1925, aged 19, she found that racial segregation, which was part of everyday life in the US, was not the case in France. What had held her back in her fatherland, making her unable to perform to mixed audiences, did not exist in France. She quickly found a different life in Paris, where hotels, restaurants and entertainment venues weren’t segregated, and it was here that she truly made her name, and indeed her home.

Baker opened in La Revue Nègre in Paris, and was an instant success. Her erotic and exotic style of dancing wowed the audience, kick-starting her incredible career. When La Revue Nègre closed, Baker went on to star in La Folie du Jour at the Folies Bergère. It was here that her banana dance first captured the imagination of Parisian audiences, and has since come to encapsulate Baker and her exotic appeal. Baker emerged on the stage of the Folies Bergère scantily clad in a skirt of made of artificial bananas. The image was immortalized in Paul Colin’s poster, and has been reproduced many times since then. The V&A Museum in London, for example, holds a remarkable statue of Baker in her dress, created by Fritz Lampl around 1930. In more recent culture, Baker and her banana dress continue to be brought to life, appearing in multiple films and cultural productions, including Sylvain Chomet’s Les Triplettes de Bellville, where she takes to the stage alongside the triplets of his story.

Away from the stage, Baker became the first African-American woman to star in an international film, La Sirene de Tropiques, and continued her entertainment career with recordings, firmly placing her as an all-round entertainer, who would later go on to perform sell out shows at New York’s Carnegie Hall. Baker was also something of a businesswoman, setting up her own nightclub, Chez Josephine, in Paris in 1926. Her talents, and Paris’s love for her went well beyond the banana dress that made her so famous. 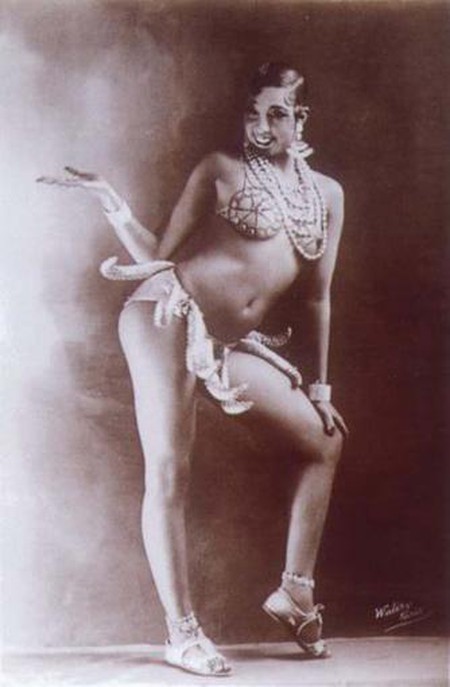 One of the most significant facets of the Josephine Baker biography was the impact she genuinely had on the more political landscape of both France and America. Baker had denounced her American citizenship in 1937, when she married Frenchman Jean Lion, and claimed French citizenship. She became an ardent supporter of France, as it had supported her career, during the Second World War and the French Resistance. Baker’s status as an entertainer allowed her the freedom to move about Europe in a way that many others couldn’t, and other members of the Resistance could travel with her, posing as her band. In a daring move, Baker transported secret messages about the location of Nazi troops via her music sheets. For her efforts during the war, which also saw her take base in Morocco, where her death was falsely announced, Baker was awarded the Croix de Guerre.

Across the Atlantic, in the US, Baker became involved with the Civil Rights Movement and the National Association for the Advancement of Colored People (NAACP). On a return trip to her homeland in 1951, Baker had been refused service in New York’s Stork Club, an event that contributed heavily to her impassioned fight for equality and against the everyday racism encountered in the US. She returned to the US in 1963 for the march on Washington, where she spoke alongside Martin Luther King Jr. In recognition of her work and activism throughout the years, the NAACP declared 20 May as Josephine Baker Day. 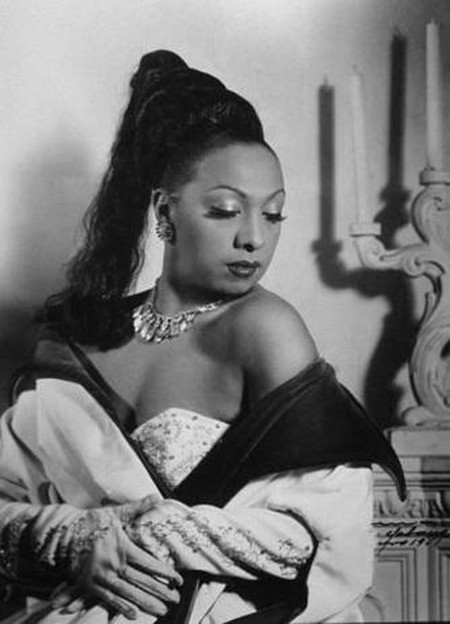 Baker also had a remarkable personal life, which saw her marry four times, have affairs with both men and women, and raise a family of orphans. Remaining fairly open about her lovers, she is recognized by many as a bisexual icon. As a mother, she adopted twelve orphaned children, which she called her Rainbow Tribe; they all came from a mix of ethnic backgrounds, and Baker described them as a ‘symbol of true brotherhood’: regardless of their race, they composed a unit, a family. In her personal life, Baker transcended boundaries of race and love just as she did in her professional and political life.

At her death in 1975, Baker became the first American woman to be buried with full military honors in France, with a 21-gun salute – a fitting tribute to her relationship with the country in which she had built her career and life. Baker is, to this day, remembered as a remarkable woman, who had a lasting impact on culture and society, and who continues to capture the public imagination today.