A Brief History Of The Gateway Arch In St. Louis 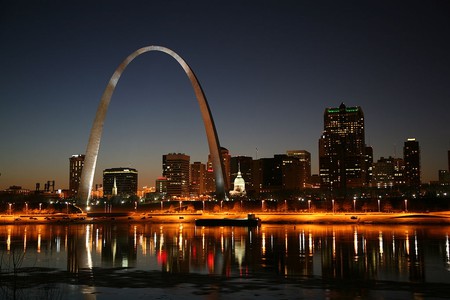 Standing 630 feet above the Mississippi River is St. Louis’ most iconic landmark: the Gateway Arch. The tallest national monument in America, it is a legendary engineering triumph, designed by Finnish-born architect Eero Saarinen. As part of the Jefferson National Expansion Memorial, the Gateway Arch serves to commemorate the accomplishments of 19th-century westward pioneers and celebrate the city’s role as the ‘Gateway to the West.’

Plans for the Arch were first envisioned by civil leader Luther Ely Smith in 1933. Smith, who sought to revive the waterfront, raised his idea in a meeting with city leaders; by 1935, the Jefferson National Expansion Memorial Association was created. The JNEMA planned to carry out Smith’s vision with a public memorial that would highlight the accomplishments of early westward pioneers, notably President Thomas Jefferson (for the Louisiana Purchase of 1803), Lewis and Clark, and other great builders of the nation that aided in the development of St. Louis.

From 1947-1948, the city held a nationwide competition to design the new monument. Finnish-born architect Eero Saarinen, who received his education in the US, won with his stainless steel arch. On June 23, 1959, St. Louis celebrated by breaking ground, and excavations continued until construction began in February of 1963. Saarinen, who was working at the time to perfect his design, unfortunately, did not live to see the construction of the arch; he died of a brain tumor in 1961. 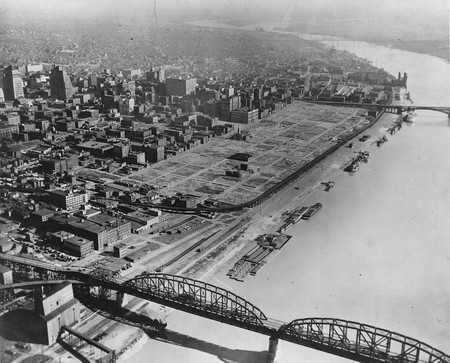 On October 28, 1965, the massive stainless steel arch was completed, standing 630 feet above the river. In 1967, the internal tram system to take visitors to the top and the Visitor Center, which included exhibits, opened to the public. Less than a decade later, the Museum of Westward Expansion opened underneath the arch with exhibits on St. Louis’ role in the rapid westward expansion of the 19th century. 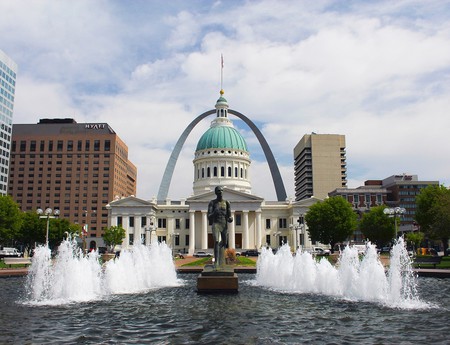 Since its completion, the arch has been the subject of several improvements, including illuminating floodlights, the Grand Staircase, and an updated museum. Today, the Jefferson Expansion Memorial includes the Gateway Arch, the Museum of Westward Expansion, and the Old Courthouse – the site of the famous Dred Scott slavery cases of the 1860s – and receives nearly four million visitors every year.