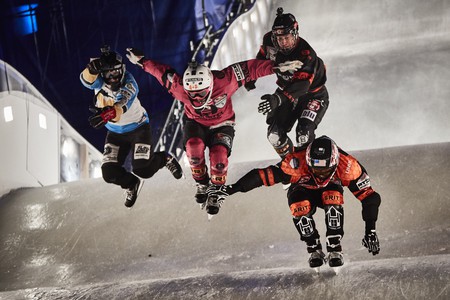 Some of the best racers from all around the globe arrived in Minnesota’s capital city to throw themselves down a 1,200-foot long ice track. Full of ramps, jumps, drops and disgustingly sharp turns, this sporting event is always incredibly fast and stupidly dangerous. 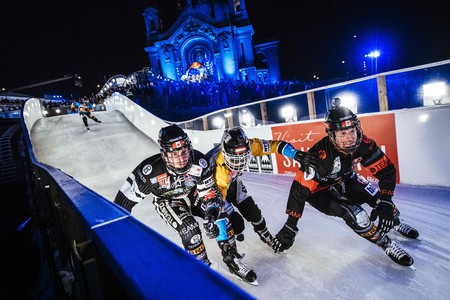 Understandably there were a number of bone shattering crashes as skaters flew along the course. Custom built, the 340-meter track slaloms its way through the city – and the crowd that surrounds it – and includes a 35-meter vertical drop.

Crashed Ice brings downhill skating to urban environments. It is similar to ski cross but competitors skate on ice, rather than ski on snow. Each race sees four skaters compete, with the top two advancing from each heat, culminating in an eventual final.

Having seen the first stages of the competition being held in France and Finland, Saint Paul held the third phase of this year’s event, and 2017’s first in North America. Now the Ice Cross Downhill World Championship moves to Canada to climax in the final race of the series.

Blasting out of the starting gate in front of the iconic Cathedral of Saint Paul, Canadian champion Dean Moriarity just barely beat the trio to the first corner at the Wall Ride and held off an intense challenge from local hero Cameron Naasz. Naasz won the 2015/16 title and is attempting to become the first racer to win back-to-back championships in the most competitive season ever. It is Naasz who has moved into the season’s overall lead with 2,350 points ahead of American Maxwell Dunne, who ended up seventh.

In the women’s event, it was victory for the US as Myriam Trepanier claimed first in the final. Amanda Trunzo was in second place and could have clinched the overall championship if she had held onto the lead but crashed hard just before the final turn, ending up fourth. American Sadie Lundquist took second behind Trepanier with Tamara Kajah taking third. Defending champion Jacqueline Legere’s title hopes were dealt a blow when she crashed hard out of the race in her semi-final heat. 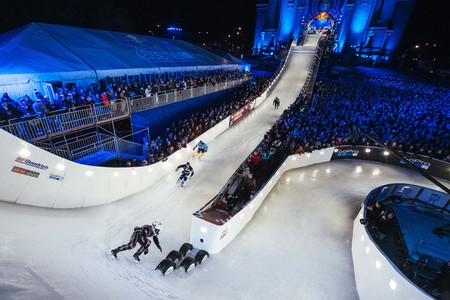 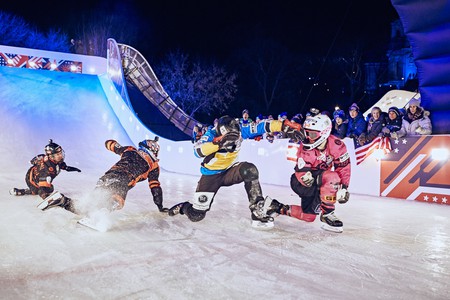 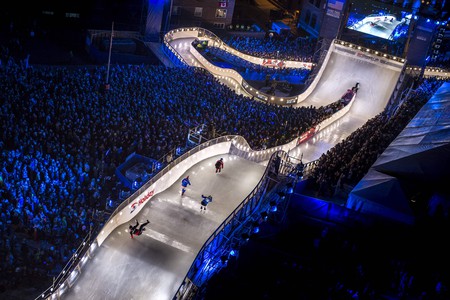 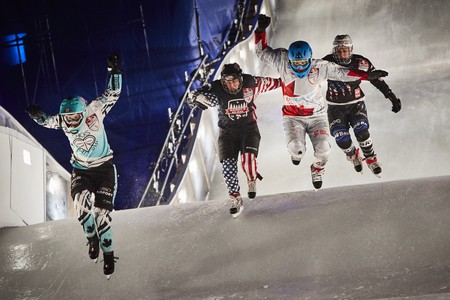