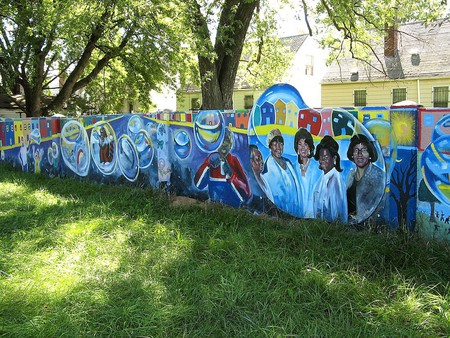 Just south of 8 Mile Rd in the Wyoming neighborhood, there’s a wall running north to south for 0.5 miles (0.8 kilometers). It’s six feet (1.8 meters) high and a foot (0.3 meters) wide, sitting between two rows of houses, and it appears to be a pretty ordinary wall. Today, however, it stands as a reminder of Detroit’s struggles with racial segregation.

With the founding of the Federal Housing Administration (FHA) in 1934, racial tensions and the already charged issue of housing in the city became even worse. African-American areas were deprived of investment via the FHA’s policy of “redlining,” which meant to grant or deny services based on race, with white areas being granted development while black ones were denied.

The Eight Mile area was particularly bad for redlined African-American neighborhoods, but the Housing Authorities saw the potential for developing white, middle-class communities there. Developers drew up plans; however, the FHA thought the new white area was too close to a black one and that their policies alone were not enough to separate the white and black communities.

In response, a physical solution to enforce segregation was proposed, and the Eight Mile Wall, or Detroit’s Berlin Wall or Wailing Wall as it’s sometimes known, was constructed in 1941. 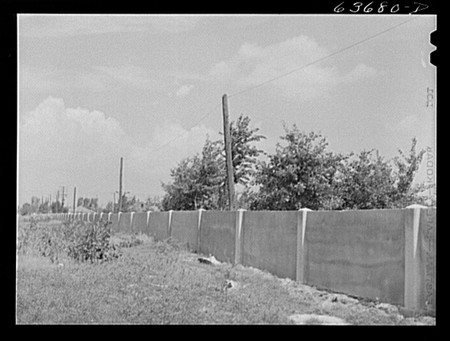 Running north from Van Antwerp Park to just below 8 Mile Rd (except for two gaps which allow roads to pass through) between Birwood St and Mendota St, the wall was deemed sufficient separation for the FHA to agree to approve loans on the white side. It remained this way for over 20 years until such racist policies were removed in the 1960s.

While not many things push the idea of segregation more than a wall, whether that’s the previously mentioned Berlin Wall or Donald Trump’s proposed Mexico border wall, and despite the areas on both sides of the wall being predominantly African American since the 1970s, the wall has remained. A few years ago, rather than knock it down, the community decided to repurpose it.

An exposed stretch of the wall in the Alfonso Wells Memorial Playground is now covered with colorful murals celebrating African-American culture, the Civil Rights Movement, equality and more. And the combination of the pride and progress depicted in the art, and the harsh reminder of the canvas, has made it a potent symbol of both Detroit’s past and its ongoing struggles.