Up-And-Coming Musicians You Need to Know from Baltimore 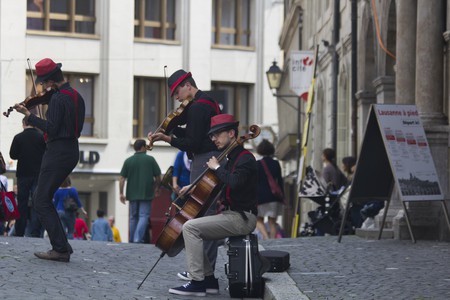 Baltimore, Maryland is the perfect place for a musician to grow and gain life experiences. The city is full of diverse, creative and intelligent individuals who want to share their musical influences with as many people as they can. Here is our list of some of the many up-and-coming musicians that you should get to know now before they rise to major celebrity status.

Lil Key is a dynamic teenage rapper who spits rapid-fire raps that relate to his life story, as well as the story of Baltimore. He has also been featured on the TV channel Lifetime in the reality show, The Rap Game. Although he did not win as a contestant, he has won the hearts of many young girls and captured the attention of many in the music industry. Although Lil Key is not a household name as yet, it is only a matter of time until he makes his mark on the mainstream music scene.

Deetranada is another amazing teenager with an eye for the creative and a mind for sharp lyrics who is proud to represent her hometown. Her brother is her manager, so she always has family by her side while she’s creating hit-making music. Deetranada also took part in Lifetime’s The Rap Game as a contestant. Although she didn’t win, she is still known as a local celebrity around Baltimore and she often collaborates with Baltimore’s own Lil Key.

Josie Baltimore is a musician and performer whose style of beautiful country music, is also blended with a bit of soul and rock n’ roll. She describes herself as a “lover of all things music, yoga and Baltimore”, and enjoys playing live where she can connect with the audience through her music.

Mark Glass is a Baltimore native who sings and plays the guitar; he writes his own music and can also perform a variety of different styles. He started his musical career playing drums and he’s also collaborated with other local artists, singing and performing. Mark Glass Music is a perfect blend of pop and soul and he loves to play life at local venues.