This Maryland Suburb Is the Home to Secret Spanish Treasure 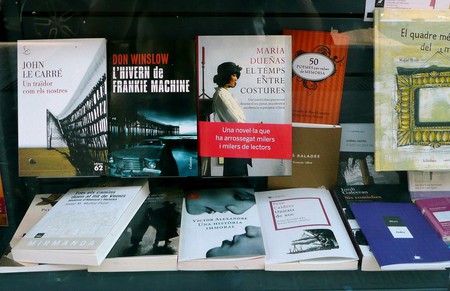 On the quiet Antique Row in Kensington, Maryland, on the second floor of the Kensington Row Bookshop, you’ll find the largest collection of Catalan books and poetry outside of Spain. Read more about the Pauli Bellet Foundation, and the amazing treasure of Catalan books in this suburb of Washington, D.C.

The small town of Kensington seems like an unlikely home for Catalan culture; the community was established as a retreat from urban Washington, D.C. Much of Old Town Kensington is made up of Victorian-era houses, and the stretch of Howard Avenue that intersects Connecticut Avenue has become known as Antique Row. In the upstairs of the Kensington Row Bookshop, you’ll find the home of La Fundació Paulí Bellet, or the Pauli Bellet Foundation.

The foundation was originally established in 1987 to promote Catalan literature and culture in the United States, but as early as the 1960s, Catalans who relocated to the U.S. wanted an organization like the foundation. While Catalonia is still officially a part of Spain, the Catalan language and culture differ from that of the country, and during the dictatorship of Francisco Franco, Catalans were encouraged to speak Spanish and give up their own culture. Franco died in 1975, but Catalans still feel distinct from Spaniards, and there have been referendums on Catalonia independence. The organization was named after Father Pauli Bellet, a monk and professor at the Catholic University of America, and the library opened in the Kensington Row Bookshop in 2002.

In addition to resources available in the library, the Pauli Bellet Foundation hosts a variety of events to promote Catalan culture in the Washington, D.C. area. On the first Sunday of the month, they hold a brunch. They also offer classes in Catalan for adults and children, literary workshops, and celebrations of Catalan holidays, including St. George’s Day, also known as the International Day of the Book. 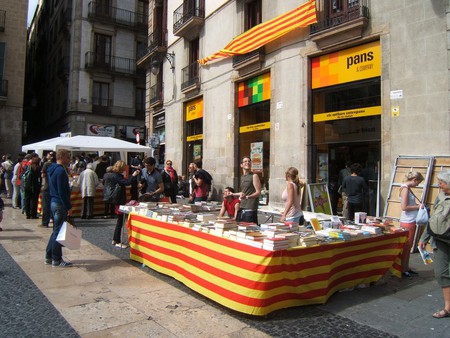 Day of the Book Festival

On the Sunday closest to April 23rd (World Book Day), the Pauli Bellet Foundation hosts the Day of the Book Festival along Howard Avenue in Kensington. Both William Shakespeare and Miguel de Cervantes died on April 23, 1616, and in 1923, a festival in Barcelona celebrated their legacies and a love of books. The main boulevard of La Rambla in Barcelona is still transformed into a celebration of books each year known as La Diada de Sant Jordi, and in 2005, the Pauli Bellet Foundation Catalan Library decided to host their own street festival of books. Across from the historic Kensington train station, the street fills with book vendors, music stages, poetry readings, and activities for kids.