This Baltimore Museum Honors the Birthplace of the American Railroad 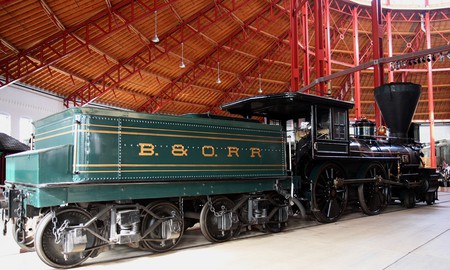 For over 60 years, the B&O Railroad Museum has worked to preserve the history and legacy of the American railroad through its unique collection of antique trains, equipment, and documents. The collection and accompanying exhibits trace the industry’s technological developments throughout the 19th and 20th centuries, discuss how locomotives shaped American history, and emphasize the role of Maryland railroads like Western Maryland Railway, CSX Corporation, and, of course, the B&O Railroad. 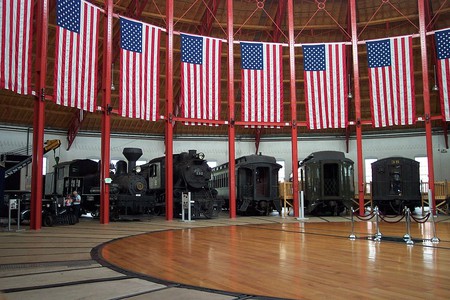 Established in 1827, the B&O Railroad was the first to lay the tracks that connected the growing United States “from sea to shining sea,” transporting people and goods across distances faster than ever before. The B&O Mount Clare Shops manufacturing site, opened in West Baltimore in 1829, was considered the heart of B&O operations for over 150 years, engineering the first stretch of commercial, long-distance railroad track, the first passenger station, the first American-built locomotive, and the first air-conditioned railcars, among others.

In the late 19th century, the B&O hired publicist Joseph H. Pangborn to help the company capitalize on its historic status as the country’s first railway company. He put together a collection of then-modern and historic B&O locomotives for the 1892–93 World’s Columbian Exposition, along with a thorough, sweeping exhibit on railroad history. It won the highest honors, but failed to receive a permanent home as planned, and was returned to the B&O.

Over the next 60 years, the collection and exhibition grew, adding new models with each outing. But it wasn’t until after World War II, when the B&O decided to stop using Mt. Clare’s Roundhouse for passenger car repair, that the opportunity to give the collection a permanent home presented itself.

The museum opened as the B&O Transportation Museum on July 2, 1953. After shifting to an educational nonprofit in 1990, the B&O Railroad Museum became an affiliate of the Smithsonian in 1999, the first of seven American museums to hold the honor.

Along with the famed collection and exhibits, the B&O Railroad Museum includes a number of activities for all ages, such as the Kids Zone and Train Carousel. Most notable is the Mile One Express, where visitors can experience a train ride along the first commercial mile of railroad track laid in America.

At certain times during the year, B&O guests can ride the Mile One Express to the Restoration Shop to see how the museum maintains its historic trains, or to the nearby Mount Clare Museum House, the historic colonial home of the Carroll family who originally owned the Mt. Clare Shops land. It also hosts special train rides on holidays, such as a Harry Potter-inspired Witches & Wizards Weekend for Halloween and train rides with Santa for Christmas. 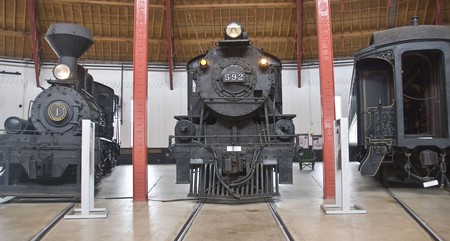 But even with all of this, preservation and education are at the heart of the B&O Museum. From the largest Civil War railroad exhibit in the world to a collection of conductor’s pocket watches that shaped how we now tell time, the B&O Railroad Museum’s collection and exhibits capture, better than any other, how much we owe to the railroad.