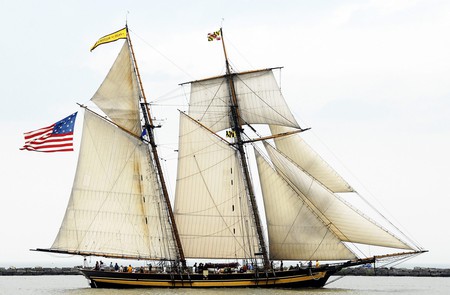 Even the love of locals and tourists from all over the world couldn’t guarantee that Pride of Baltimore II, an iconic Baltimore attraction, would be docked for the foreseeable future.

While Baltimore has a number of authentic historic ships docked in the Inner Harbor, Pride of Baltimore II represents the city of Baltimore and the state of Maryland, sailing to over 200 ports in 40 countries over the past 30 years.

“It is the Pride of Baltimore,” says Maryland delegate Maggie McIntosh, in an article for The Baltimore Sun, “and we have been proud to have it sail to many ports and be our ambassador and to bring part of Baltimore’s history to other parts of the world.”

In March 2018, the Maryland Senate unanimously agreed to pledge $500,000 toward the Pride of Baltimore II so it could continue to sail for the next five years, starting in 2019. Though Pride II has received state funding the past three years, after the state gave up ownership in the wake of the 2008 economic recession, the recent decisive action is a testament to Maryland’s faith in Pride II’s long-term future. 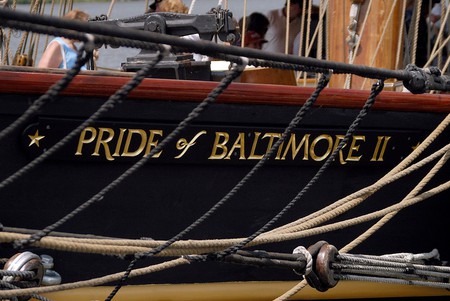 This part of Baltimore’s history dates back to the 1790s when Maryland was the shipbuilding capital of the new nation. Baltimore clippers, swift and agile schooners that outmaneuvered British ships in the War of 1812, became respected throughout the world, turning Baltimore, for a time, into “Clipper City.”

The Pride II has since been a boost for tourism and education in Baltimore and the greater Chesapeake Bay. The staff and crew, part of the Baltimore Certified Tourism Ambassador Program, embody the generous spirit of Charm City wherever they go, and visits to foreign ports bring positive media attention, educating visitors on ship construction and the role of Maryland in the War of 1812.

At home, Pride II is usually open for deck tours and provides STEM and history programming for student groups, often collaborating with nearby Fort McHenry. It has also featured in local events like Fourth of July celebrations, the Fell’s Point Privateer Festival, the Chesapeake Bay Schooner Race and the Light City festival. 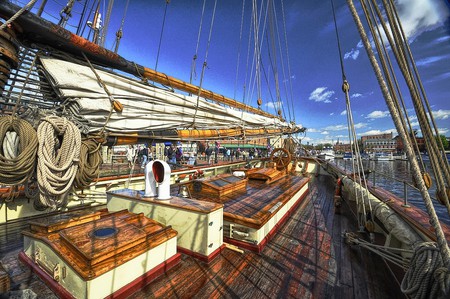 When in operation, visitors can tour the deck of the Pride of Baltimore II | © Forsaken Fotos / Flickr

But for all this, the Pride II’s annual operating revenues amount to less than half of its yearly budget, so Pride of Baltimore, Inc. has had to raise money from various sources over the years. Traditionally built tall ships like the Pride of Baltimore II require a lot of upkeep. While the company believes the ship could stay in good condition for another 30 years, it still takes $200–300k each year to maintain. Similar schooners, like the Virginia, America, and Spirit of South Carolina, have been put up for sale due to the lack of government support.

So while Pride of Baltimore, Inc. still needs support to keep Pride II, the Maryland Senate’s involvement speaks to the ship’s importance as a contribution to America’s maritime history.