How Wylesol’s Illustrations Capture the Perpetual Loneliness of Suburbia 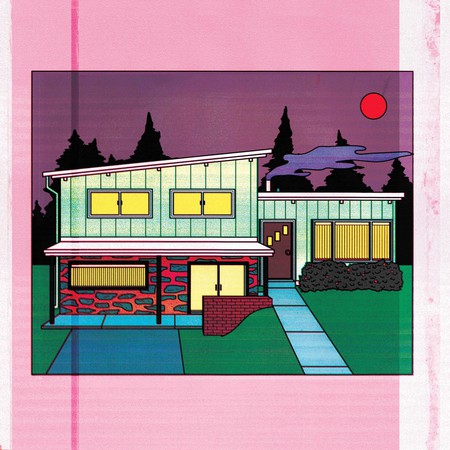 Good design has the ability to tell a story. It has the power to create narrative, even in the absence of words. The work of George Wylesol, a Baltimore-based artist originally hailing from Philadelphia, does exactly that. And it’s great storytelling.

Consider Wylesol’s depictions of the suburban landscape. A simple mid-century home is transformed into a quiet meditation, and feels at once contemporary and nostalgic. It somehow feels personal. The viewer is left with a vague feeling of the uncanny.

It’s within this delicate balance between the beautifully austere and the unsettling that Wylesol’s work appears. Within the architectural depictions one senses this balance, and yet feels uneasy. Is it the depictions of suburbia that do it? Is it the faded coloring? The wreckage of religious rituals and artifacts within structural confines? A tantalizing hand beckoning from behind a curtain within a Tudor arch? Blueprints overlaid onto the image of a demolished house? Fire burning in the backyards of mid-century modern homes, while a solitary black dog pees on the front yard fire hydrant? Perhaps it’s all these things.

His work has graced the pages of The New York Times, GQ (France), The Telegraph, the front page of The Guardian, and more. We caught up with George Wylesol to discuss what inspires him and how architecture, ritual, and suburbia play a role in his haunting, diagrammatic creations. 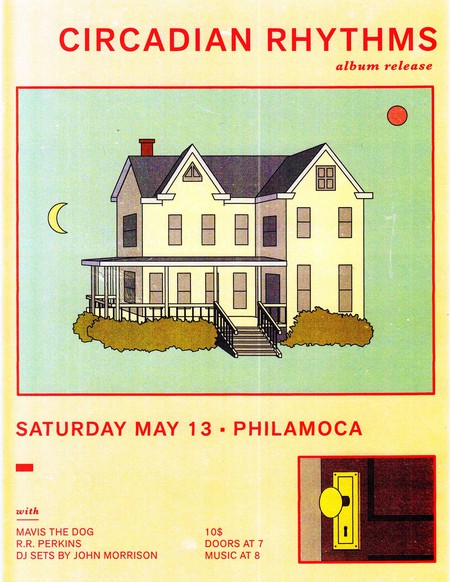 Culture Trip: How did you first begin your career as an illustrator?

George Wylesol: In undergrad, I was torn between studying illustration and graphic design. I was really interested in design, but ultimately, I wanted to be drawing and making personal work, so illustration won. I didn’t know much about illustration in general when I started studying it, but UArts was great for introducing us to a wide range of techniques, disciplines, and different markets.

CT: The Vinyl Moon series is so amazing. It was for an album cover, right? It feels very nostalgic, yet contemporary, with a mid-century modern feel. What was the inspiration behind this? Can you talk a little bit about that project?

GW: Vinyl Moon is a vinyl mixtape club that sends you a different record every month, and they place a heavy emphasis on the packaging and album art. I designed the packaging for Volume 14, and I was allowed a lot of creative freedom during this project, which was awesome. I based the art on some themes I thought were present in the music, like the ups and downs of relationships, everyday life, and suburban ennui. I did a four-panel gatefold and a 16-page newspaper-sized comic to go with it. I also designed the record itself, which was a very cool experience—something I always wanted to do. 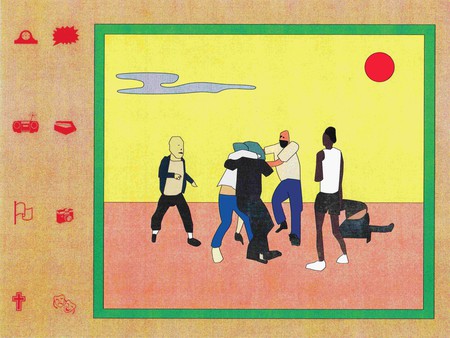 CT: For The Guardian Review cover, did you select the houses yourself or were you told to illustrate those? What was the inspiration there? How did you go about the selection process for those structures and their depiction?

CT: Certain editorial selects remind me of tarot cards with the chalices, candles, stars, use of food, etc. Were you aiming at that? Also, has anyone ever told you that?

GW: I get that comparison a lot actually, but don’t know much about tarot. I went to Catholic school for 12 years, and I think a lot of that imagery—chalices, robes, candles, etc.—is kind of ingrained in me. Something about ceremony and ritual is very interesting. It’s all so rich visually and everything is imbued with so much power and meaning; I can’t help but draw on some of that when I work. 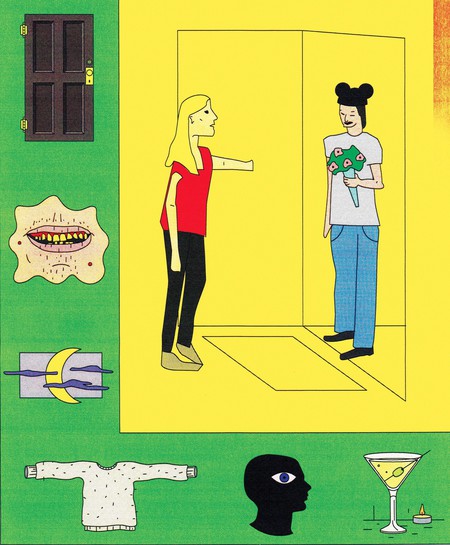 Editorial piece for an essay in Oogst magazine | © George Wylesol

CT: A lot of your work has a distinctly “architectural” feeling attached to it. Sometimes its subtle, sometimes it’s more direct. How does architecture inspire your creations?

GW: I’m really inspired by architecture. I feel like buildings can have as much “personality” as people can, and I often feel like I use buildings in place of characters when I work. It may sound weird, but I get kind of attached to certain buildings I’ll see around town, and I often draw buildings that are significant to me as a way to “honor” them.

It might be unrelated, but I’m also very influenced by the aesthetics of comics, and I often use panels or insets to kind of architecturally structure my compositions.

CT: What’s it like being an artist in our current socio-political climate?

GW: It’s pretty interesting, to say the least. I think society and art have become much more democratic, allowing for more voices to be heard and work to be seen. It’s great living in a time where I can see art made from people all over the world, with just a click.

Obviously the political situation in the U.S. is pretty turbulent at the moment, but it’s good to see so many artists banding together and voicing their concerns. It helps me—a middle-class white guy—learn from different perspectives [that] I might not get a chance to hear otherwise.

CT: What is your favorite editorial project, to date? What made it personally exciting for you?

GW: I really liked working on Oogst magazine last year. I did all the illustrations in that issue, and had a ton of creative freedom. It’s always great when my clients allow me to just do my thing and have fun with the assignment. I also really like working for The New York Times Book Review, as the articles are often challenging and I try to come up with as many creative solutions as I can. I just started illustrating a column for The Guardian US about legal cannabis that I’m very excited about as well.

CT: I noticed a lot of scenes of suburbia in your work. They also feel at once nostalgic, yet immediate—with a vague dystopian feeling. It’s almost like the homes or streets or structures are deserted. It’s also the subtly that makes it so interesting. What are your thoughts on this?

GW: Yeah, I think that’s a pretty fair observation. I grew up in an area of Philly that was kind of forgotten, and I think that emptiness comes through very often in my work. It wasn’t like the cool inner city, but it also wasn’t the generic McMansion suburbs either, just a kind of boring place with a lot of gas stations and strip malls. I think everyone’s upbringing shows in their work somehow, and that vague suburban loneliness is just my background manifesting itself.

CT: Who or what inspires you in your work?

GW: Lately I’ve been spending a lot of time trawling abandoned GeoCities sites looking for amateur art and poetry, “bad” design, and found photography. Something about the unplanned and utilitarian nature of this stuff is really interesting to me. It’s almost the opposite of “art.” I have a big folder of it saved to my desktop that I go through for inspiration. I’m trying to make my work a bit looser and more candid, so looking at this type of work helps.