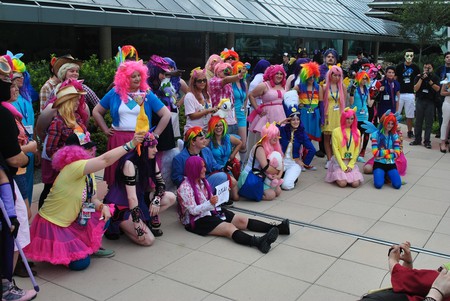 My Little Pony has remained a childhood favorite among girls since the toys were introduced in 1981. But after the premiere of the animated television show My Little Pony: Friendship is Magic, the franchise has gained a cult following in another demographic—teenage and adult men who are collectively called “bronies.”

BronyCon is an annual fan convention for fans of the popular animated series My Little Pony: Friendship is Magic. “Brony” is a term that specifically applies to fans “who fall outside the show’s original target audience of little girls.” Hosted in Baltimore since 2013, BronyCon has provided and continues to provide a fun-filled weekend with fan art, talks and group activities.

My Little Pony: Friendship is Magic premiered in October 2010, the latest animated work based on Hasbro’s My Little Pony toy line. The show, in its eighth season as of 2018, centers on a group of pony friends with unique talents and personalities who tackle ordinary friendship problems and extraordinary magical threats to the land of Equestria.

Until Friendship is Magic, the franchise was written off as a shallow, “girly” toy commercial. But creator Lauren Faust, then known for her work on The Powerpuff Girls, decided to change that to prove that “Cartoons for girls don’t have to be a puddle of smooshy, cutesy-wootsy, goody-two-shoeness,” as stated in a blog post for Ms. Magazine. Blending great animation, action, music, heart, and humor with a variety of heroines any girl (or boy) could relate to, Friendship is Magic met with positive reception from critics and audiences alike. 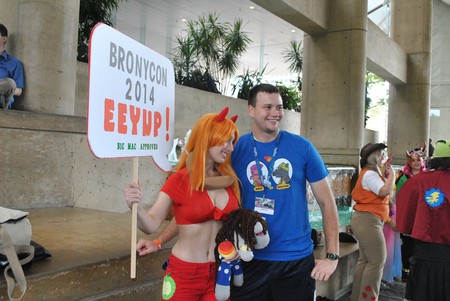 Bronies meet up and take pictures together at BronyCon to celebrate My Little Pony. | © Douglas Muth / Flickr

But even Faust couldn’t anticipate the audience it would attract. Soon after the show premiered, the first adult male fans, who may have discovered it through daughters or nieces and were happily surprised by the quality, began to post pictures from the show on the website 4chan. Other users soon watched and joined in, forming a community so rampant that they needed their own board. As more and more discovered MLP, the community spread beyond 4chan to forums, fan sites, Tumblr, DeviantArt, and more. The creators, while surprised by the diverse fanbase, have ultimately embraced them and included nods to them in the show.

The fandom exploded so fast that the first BronyCon took place in New York just eight months later in June 2011. By 2013, BronyCon’s turnout had expanded from 100 people to over 4,000. This led to its current location at the Baltimore Convention Center, which hosts similar fan conventions like Baltimore Comic-Con. 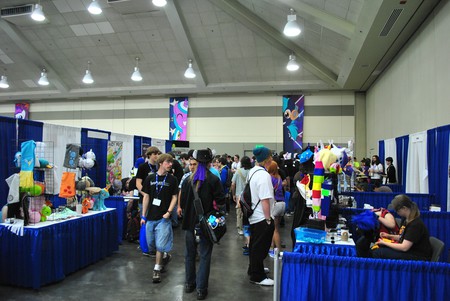 Today, BronyCon is as popular as ever, with programming for kids and families as well as the older bronies. This includes games, panels and autograph sessions with the cast and crew, cosplay contests, and a huge vendor hall. There are also events like a charity auction, the Grand Galloping Gala formal, and the two-night BronyPalooza, a concert where brony musicians, including MLP voice actress Michelle Creber, perform covers, remixes, and original compositions inspired by MLP and brony culture.