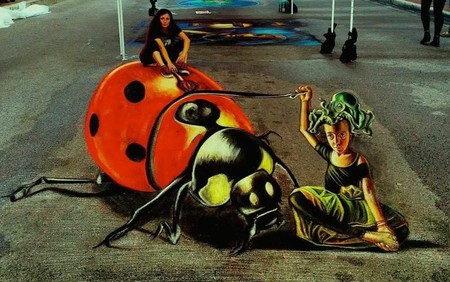 The Madonnari Arts Festival brings together nearly 50 visual artists from Italy, Mexico, Maryland, and around the country to Baltimore’s Little Italy, where they spend three days creating massive, detailed chalk paintings right on the pavement.

The result, says executive producer Cyd Wolf, is “Literally from one end of South High Street to the other, a gorgeous work of art.” 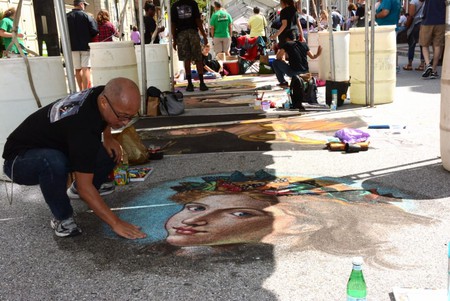 The Madonnari tradition dates back to the 16th century when traveling artists would visit various festivals, creating beautiful street paintings in the public square. These wandering artists became known as i madonnari after the Madonna, one of their most popular religious subjects. 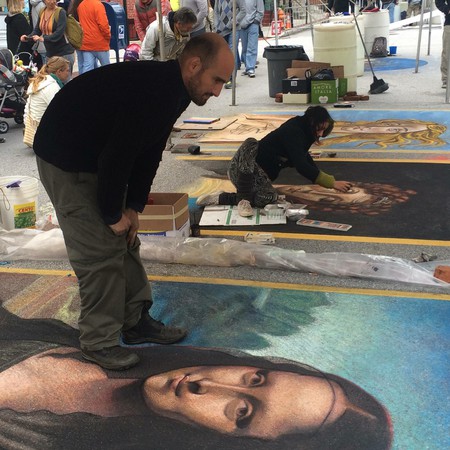 Germano Fabiani, owner of Germano’s Piattini restaurant and cabaret, grew up with the street art traditions of Florence, Italy. He thought a Madonnari festival would be a great fit for Baltimore’s growing street art scene and would bring the community together, something sorely needed in the wake of the 2015 Baltimore protests. In the years since, Wolf has noticed the difference in the neighborhood, with once quiet neighbors coming up to her to talk about the festival. “Putting this pastel chalk on the street, it’s brought some huge changes to Little Italy,” she says.

Though based around an annual theme, the chalk art pieces range from the realistic to the surrealistic, playing with perspective and taking inspiration from Renaissance paintings, historical figures, modern issues, and more. Audiences get to watch the artists at work, being able to interact and ask questions.

“The audience will really be part of the whole experience,” says Wolf, who helped husband Fabiani found the festival in 2015. The audience also picks the People’s Choice award winner at the end of the festival, presented alongside the best Classical, Contemporary, and Student Art awards. 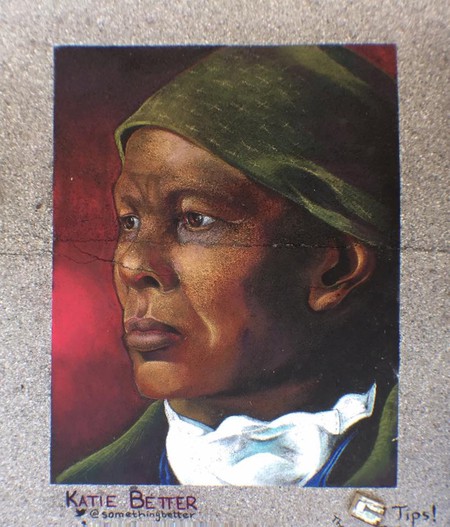 But visual art isn’t the only art on display. The Madonnari Arts Festival features over 30 performing acts, including mandolin players, opera singers, various bands, and the Annapolis Shakespeare Company recreating Italian commedia dell’arte theater. The Apple Scruffs, a Beatles tribute band, caps off the weekend each year with a rooftop performance at Germano’s Piattini, inspired by the Beatles’ own 1969 event.

The neighborhood’s signature Italian restaurants, such as Vaccaro’s Italian Pastry Shop, offer al fresco (outdoor) dining during the festival so that visitors can enjoy wine and culinary artistry. In addition, visitors and artists can enjoy handcrafted products at the Art Market, as well as special art lectures and workshops. 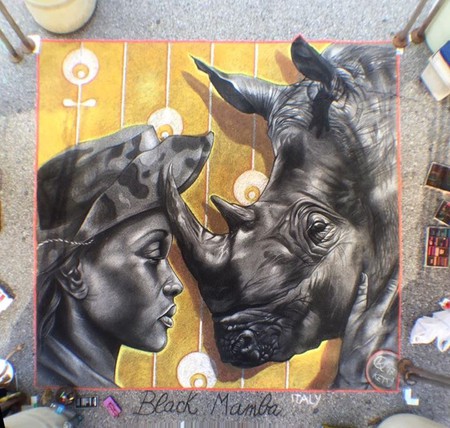 If you can’t make it while the artists are still around, the festival has a viewing day on Monday, after the main festival is over. Visitors can enjoy the completed art and al fresco dining, along with Segway tours from Segs in the City and a cabaret performance at Germano’s Piattini. Plus, each work is finished off with a layer of hairspray, with the hope that it will stick around for a little while longer. It’s important to remember, however, that part of the Madonnari Arts Festival’s appeal is to celebrate the temporary nature of the experience, with each year promising something different than the last.