The 5 Coolest Neighbourhoods in Chicago

Located in Illinois, and with over 2.7 million inhabitants, Chicago is one of the largest cities in America. It is well known for its contributions to art, theatre and music, especially jazz. Along with this cultured city come some of the country’s trendiest and most stylish neighbourhoods. Home to the rich and famous, the artistic and the alternative, Chicago really does have it all. Explore the the city’s streets with our guide to Chicago’s 5 coolest neighborhoods. 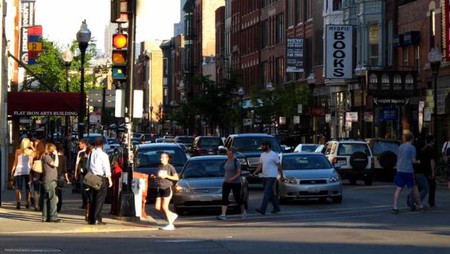 The Bucktown and Wicker Park areas have been classed as a Chicago neighbourhood since 1837. With 80 acres of land originally bought by brothers Charles.G.Wicker and Joel.H.Wicker, this area was developed into a neighbourhood that consisted of streets and a working drainage system. Of course the neighbourhood has changed since this time and has since become one of Chicago’s trendiest areas, classed as one of the swankiest in the city, if not the country. Since the 1980s Bucktown and Wicker Park has been home to many fabulous artists and musicians and there is always an array of events. With its rise in popularity, the price of homes here has continued to climb with some reaching up to $2 million and above.

Named after Captain George Wellington Streeter, this neighbourhood has gone on to become home to some of the city’s most expensive real estate. It is said that the neighbourhood was founded after Streeter and his wife became washed up on Sandbar after a storm. They decided to live there aboard their boat and after the Chicago fire of 1871 began to sell off parts of the land for the creation of shanty towns. However, after many legal battles, Streeter lost control of the land. Today Streeterville, also nicknamed the ‘platinum coast’ is home to some of the most extraordinary apartments, many of which are attached to banks, hotels, shops and sports centres. One apartment is even attached to a bowling alley and cinema.

Gold Coast is home to beautiful historic mansions and exclusive boutiques. This is definitely worth a visit to see how the other half live – Oprah once lived on the border of this high profile neighbourhood and today home buyers can pay millions for a simple two bedroom apartment. There are also a selection of Michelin starred restaurants and steakhouses for anyone who feels hungry after a busy day of shopping in the area’s designer stores.

River North is home to fine art and design along with fine dining and drinks. Since the 1970s and 1980s, industrial warehouses have been transformed into stylish studios for artists and entrepreneurs and the area has since become a hub for showrooms and fabulous galleries. This is actually home to the greatest concentration of galleries in the country with over 100 situated here, along with the world’s largest commercial building, the Merchandise Mart. If that wasn’t enough to boast about, River North is also the location of the tallest tower in the western hemisphere, the Trump Tower. Along with antique shops, designer wholesalers, home stores and entertainment centres this is one of Chicago’s trendiest neighbourhoods.

Located south of Wicker Park, this neighbourhood has kept much of the heritage brought over by immigrants in the 19th and 20th centuries. Although the area was home to German and Polish immigrants, the area was predominantly Ukrainian although today many residents are no longer of Ukrainian descent. However the Ukrainian cuisine is still very much in evidence – and very tasty _ and you’ll here Ukrainian spoken along the street. Along with amazingly decorated churches and buildings this is one of Chicago’s most fascinating neighbourhoods with a variety of shops, restaurants and some wonderful Victorian houses.