The 10 Most Beautiful Towns In Idaho

Known for having nearly every known type of gemstone within the state, The Gem State has plenty of other hidden finds as well. Idaho is one of the most mountainous of all the states in the USA and, combined with its extensive network of rivers, waterfalls, forests and geological formations, has areas of natural beauty at seemingly every turn. We check out 10 towns which exemplify all the state has to offer. 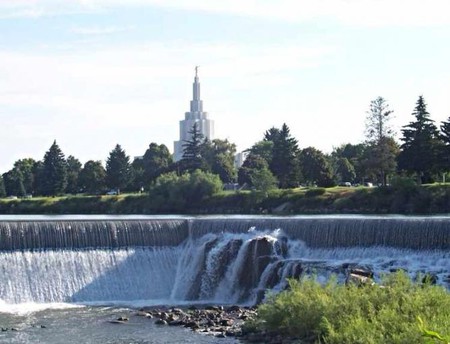 Often featured on ‘Best Places To Live’ lists due to its high quality of life and rich economic activity, Idaho Falls also plays host to its fair share of tourists. It is within easy reach of Yellowstone, the Craters of the Moon and several natural forests and falls in the shadows of the Grand Teton. At every turn you will find an escape to the wilderness. It is also home, as you may expect, to waterfalls along the Snake River. If you wanted to take in more of town life, there is a rich cultural scene and arts community within the area.

Within the state’s capital Boise, you will find Garden City, a separate municipal town which was named for the gardens that were raised by the area’s Chinese immigrants and settlers. The town is almost completely surrounded by Boise, making it a popular area for Boise commuters, but its green spaces, proximity to the river and strong community ties have made it an increasingly popular area for Idaho residents over recent years. Take a stroll down the main street, aptly named Chinden Boulevard – a portmanteau of ‘China’ and ‘garden’ – and explore the area’s many gardens, or take a seat by the river to take in the surrounding mountains. A well-pruned suburb.

Lewiston traces its history back to the Lewis and Clark Expedition in 1805. The town is located at the confluence of the Clearwater and Snake rivers, which still serve as a center point for the town, with many people taking to the rivers to make the most of their recreation time. Hells Canyon, Salmon River Canyons and Hells Gate State Park are among the most popular attractions in the town, although don’t let the names fool you – there is nothing hellish about these areas of outstanding beauty. The town’s panoramic views and natural wonder make you see why early explorers settled here and why the town has thrived ever since.

With draws including Payette Lake and boasting the highest average snowfall in the state, McCall is a resort town that demonstrates how things should be done. It is located on the southern shore of the lake, with popular activities such as motorized and non-motorized watersports, swimming, or just lounging on the shores and taking in the sights. For those who want whitewater thrills, the nearby Payette River is a perfect playground. Idaho’s West Central Mountains are the real stars here, with an extended winter sports season and numerous hiking and biking trails for the summer. Summertime also brings music and arts festivals, at which the community and tourists all come together. 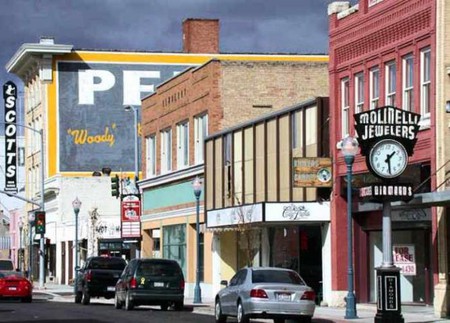 A university town that also serves as the ‘gateway to the Northwest’, Pocatello was founded in 1889, the passing point for pioneers, gold miners and settlers making their way along the Oregon Trail. It is welcoming, as any gateway town should be, enticing people through its variety of museums, nearby hiking trails and the beautiful old town, which features a number of buildings from the turn of the century that are now included on the National Historic Registry. There’s also a popular zoo which honors the country’s wildlife heritage. An important piece of American history and a worthy stopping point if you’re venturing towards any of the many nearby attractions.

Idaho’s family community within America’s Yellowstone Country, Rexburg is situated between the Teton and Big Hole mountain ranges and close to prominent and renowned National Parks. It is host to world class hunting and fishing grounds, which bring in swathes of enthusiasts during the high season. It is also widely used as the starting point for the Eastern Idaho Adventure due to its easy reach of Sun Valley and Jackson Hole, in addition to the other main national parks. The town has been regenerated since the devastating floods in the 1970s, and this included the building of some of the most spectacular late-20th-century churches in the country. 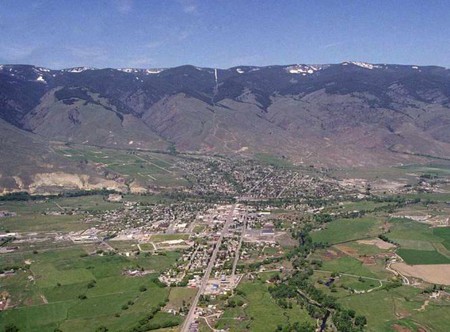 Courtesy of City of Salmon Tourism

Salmon is another of the towns that was part of the Lewis and Clark Expedition, though with additional historical significance as it was also the birthplace of Sacajawea. The Lemhi River flows into the Salmon River at Salmon, and the larger river passes through the town, making it an appealing spot for white water rafters, fishermen and thrill seekers. The town regularly celebrates its history, both its Lewis and Clark and Native American roots, with annual Heritage Days and a permanent Interpretation Center and other museums. Salmon is a must-visit location: an important town in the history of the Western frontier, and wonderfully placed beneath the impressive mountains.

In the northern tip of Idaho you will find Sandpoint with breathtaking natural features everywhere you look. The town is located on the vast 43-mile-long Lake Pend Oreille, which boasts a total of 111 miles of shoreline, and is surrounded by the Selkirk and Cabinet mountains. It was previously one of the West’s great railroading towns, and its rich railroading and 19th-century heritage can be explored in the town’s museums. The historic Panida Theatre is an excellent showcase of both early 20th-century architecture and contemporary artistic talent in the town. A natural, cultural and historical marvel.

The neighboring towns of Sun Valley and Ketchum, who share many of each others’ resources, showcase two of the most important parts of Idaho – its natural beauty and its infamous history. Encapsulating the motto of ‘small town, big life’, the towns bring in an abundance of tourists who are primarily drawn to the high octane skiing on offer in the Bald and Dollar mountains. The area was widely popularized by Ernest Hemingway in the late 1930s, and has since attracted thrill-seekers, the more casual skiier, and the rich and famous. Ketchum is also notorious for being the place that Hemingway committed suicide. The towns have turn-of-the-century mountain architecture, and this is exemplified particularly during the summer months wherein there are themed Wagon Festivals which take you back to the old West.

Twin Falls may be the largest city in some 100 miles, but it still manages to retain the charm of its old, much smaller self. The town was first settled – in the modern sense – in 1846 by explorers going along the Oregon trail. Excavations in caves during the 1950s uncovered artifacts that revealed human activity which ranks among some of the oldest found in North America. Historical wonder is coupled with man-made wonder in the form of the Perrine Bridge, a 1500-foot truss arch bridge over the Snake River canyon. The nearby Shoshone Falls, which exceed the Niagara Falls in height, along with the river and National Parks all provide exceptional examples of the natural world.