These Endangered Sharks Are Suddenly Populating the Shores of Hawaii 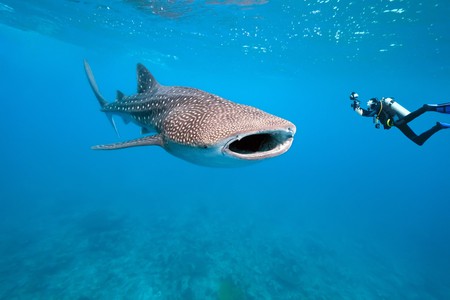 There were only 50 whale shark sightings in 2017 and 2018—and that is still more than any other recorded year.

Whale sharks (Rhincodon typus) have been swimming in the world’s oceans for around 60 million years, and now the majestic creatures are on the endangered species list. But that will change if the Hawaii Uncharted Research Collective (HURC) has anything to say about it.

Marine Researcher and Disentanglement Specialist Maria Harvey founded the nonprofit organization in 2016 after spotting an excess amount of whale sharks in Hawaiian waters, which is not a common sighting. The collective began charting the sharks last fall.

“Whale sharks are considered an endangered species,” Harvey told West Hawaii Today about developing HURC. “So if they are in our waters, we need to understand how to protect them and how to preserve them.” 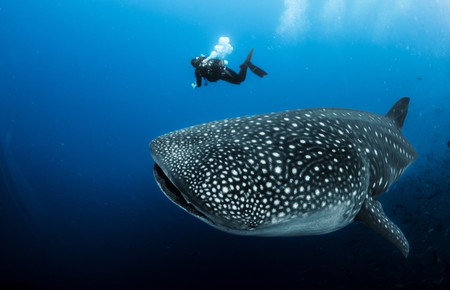 The sharks, which can grow to more than 30 feet in length and weigh more than 20 tons, are the world’s largest extant fish species. However, the gentle giants are victim to bycatching, vessel strikes, and overfishing—they’re also eaten regularly in several places around the world. They swim in tropical oceans and are rarely found in water below 70° Fahrenheit, limiting their habitats. These factors are major contributors to a more than a 50% decline in the species’ population since 1975.

In recent years, lawmakers and environmentalists made strides in deterring both intentional and unintentional ensnaring of whale sharks. But that’s not the case in the U.S. Due to the small percentage regularly seen in American waters, the only restriction is that whale sharks can’t be caught and sold to aquariums.

HURC hopes to aid in stricter protection of the species, as it becomes the only group in the country conducting whale shark research. In 2017 and the first half of 2018, the nonprofit traced a record 50 whale shark sightings in Hawaii alone.

So far, HURC has received one grant from the California-based PADI Foundation to construct a laser photogrammetry rig. As the organization grows, Harvey hopes to start tagging the sharks’ dorsal fins t0 conduct satellite tracking and employ monofilament tags—which will send a location point every time the animal breaks the ocean surface—to better understand migratory patterns.

Whale sharks are gentle creatures that have created special bonds with fishing communities in Indonesia, are available to swim with in Mexico and Central America, and make for one damn adorable Pixar character. They’re stunning animals, and it would be devastating to see them added to the extinction list.