The Best Museums in Honolulu

It may not seem easy to grow tired of Honolulu’s tropical beaches, but if you do—or maybe you just need to give your sunburns a chance to cool down!—consider going to a museum. There are many to tickle your fancy, from history to art to entomology. We’ve recommended some of the coolest museums in Honolulu, Hawaii. 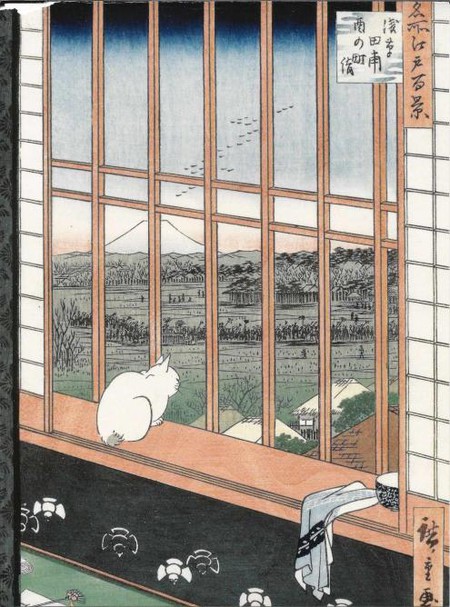 With a permanent collection of over 50,000 pieces, the Honolulu Museum of Art is definitely worth a visit. Be sure to see the exhibit of beautiful Japanese ukiyo-e woodblock prints, which is changed every two months due to the light-sensitivity of the prints. The museum’s collection includes the watercolor etches and woodblock prints of Charles W. Bartlett, several paintings Georgia O’Keefe completed after her visits to the islands, and an impressive textile collection from more than 60 different countries, including intricate Hawaiian feather capes or ‘Ahu ‘ula. 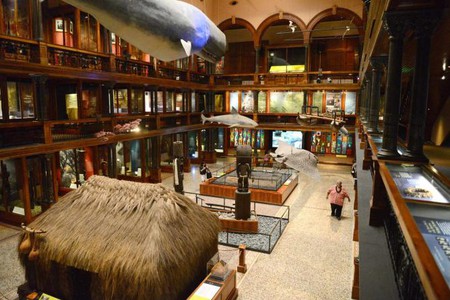 The largest museum in Hawaii, the Bishop Museum holds the largest collection of Polynesian cultural artifacts and natural history specimens in the world and the third largest insect collection in the United States. With 1.3 million cultural artifacts representing Native Hawaiian, Pacific Islander, and Hawaii immigrant life, you’ll only begin to explore the rich history of Hawaii and the Pacific. Go to Family Sunday and hear from researchers about their findings; Bishop Museum has scientists studying everything from volcanoes to oceans. 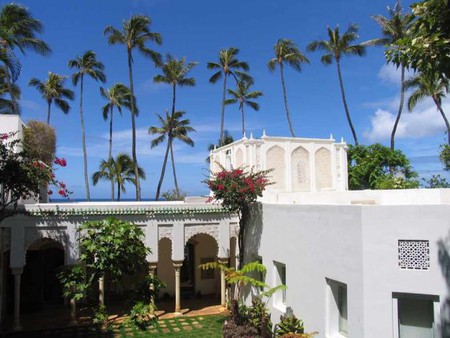 Maybe finding an Islamic arts and culture center in the middle of Honolulu sounds a bit surreal, but you won’t be disappointed. The collection was assembled over a 60 year period by New York City-born American heiress Doris Duke, who built the ‘Shangri La’ estate on Honolulu, Hawaii in the 1930s. Admire the brightly patterned, custom-made tilework in the central courthouse, Playhouse, and living room. Walk through the beautiful and luxurious Damascus Room of 18th century wood ‘ajami paneling that was common to late-Ottoman Syrian interiors. For architecture and interior design enthusiasts, this is not a place to miss.

With two seaplane hangars that survived World War II full of model aircrafts like the Mitsubishi A6M2 or Japanese Zero/Zeke, the Pacific Aviation Museum is definitely worth a visit. Learn about the attack on Pearl Harbor, the Battle of Midway, and America’s mobilization for war, manufacturing aircraft and training pilots, through the showcase of model airplanes. The final exhibit is on the Korean War and includes a fully restored F-86 Sabre and Soviet-designed MiG-15. Finally, have a chance to fly your own airplane as a WWII pilot in the combat flight simulators.

A rich collection of art from Asia, Southeast Asia, the Pacific Islands, Africa, and South America, the John Young Museum of Art on the campus of University of Hawaii at Mānoa is sure to intrigue art and history lovers alike. The objects represent a broad range of history from Neolithic pottery jars from 3000–2000 B.C.E. to a ceramic kendi from the early Ming Dynasty (14th century).