Moana’s New Hawaiian Translation is a Milestone for Polynesian Culture 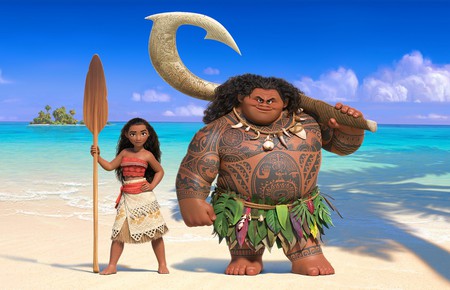 Polynesians are rarely represented in Hollywood, let alone accurately on the big screen. That changed in 2016 when Disney released the Pacific Island-inspired animated film Moana.

The successful film, which is now available in 46 languages including Māori and Tahitian, serves as a massive milestone in Polynesian culture—particularly to the people of Hawaii. The most recent rendition of the film, ʻōlelo Hawaiʻi (the Hawaiian language), premiered earlier this month.

On June 10, locals celebrated World Oceans Day at Disney’s Aulani Resort on Oʻahu where the recently-translated version of Moana premiered. On the blue carpet, Hawaii’s own Auliʻi Cravalho—who originated the role of Moana—walked alongside University of Hawaii student Kaipu Baker. Cravalho and Baker voiced the Hawaiian-version characters of Moana and Maui respectively, while Waiʻanae-born Nicole Scherzinger also returned as Sina. The new cast included a total of 24 Hawaiian speakers across different roles in the film.

The project hired numerous fluent native Hawaiian speakers, including actors, singers, and a team of translators and linguists. Puakea Nogelmeier, the lead translator, believes in the lasting legacy and impact this movie will have on future generations. “[The translated Moana] allows Hawaiian to be part of a story, of a conversation,” Nogelmeier said to University of Hawaii News. “Kids talking to their parents and their grandparents [about the movie]—this interaction is what normalizes Hawaiian, and that’s going to be great.”

The translation project was spearheaded by The University of Hawaii’s Academy for Creative Media System and aims to preserve and promote the use of Hawaiian language both in film and as an educational tool. The Hawaiian translation of Moana was a huge feat for this effort—it is one of just a few blockbuster films to ever be re-recorded in native Hawaiian language. It’s also the first translated Disney film.

“It’s amazing to know that our language will be heard around the world and we are dang proud of it too,” Cravalho said in an interview with Hawaii News Now. The leading actress gushed over being back in Hawaii to celebrate the premiere. According to Kamakakehau Fernandez, who voices the giant crab Tamatoa, taking part in this remake was a meaningful moment for all Hawaiian speakers.

For many years, the use of ʻōlelo Hawaiʻi was discouraged and had an uncertain fate throughout history. In a rapid cultural decline, children were even punished for speaking it in school. But the Aloha State is currently in the midst of a cultural renaissance—though ʻōlelo Hawaiʻi is still considered endangered, it is very much on the rise. 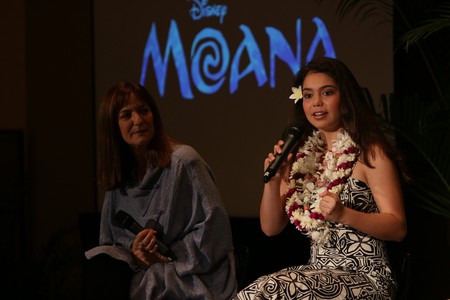 According to the translated film’s producer, Osnat Shurer, releasing Moana in Hawaiian helps to legitimize the language and convey its significance and usefulness in everyday life. Shurer is certain of this impact. “Hawai’i is at the heart of the renaissance of traditional voyaging. The incredible voyages of the Hokulea were a major inspiration for Moana,” she told NBC News. “It is a great honor that our Hawaiian friends and partners would like to translate the film into the beautiful Hawaiian language. The filmmakers are thrilled that Moana continues to uplift and inspire all over the world, particularly in the cultures that inspired the film.”

You can soon watch the Hawaiian language version of Moana on DVD, made available by the Hawaii State Department of Education.