Hawaii Is Warning People Not to Roast Marshmallows Over Active Volcanoes 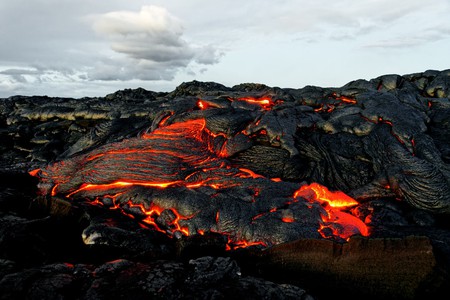 This is not a drill.

Yes, you read that headline correctly. People in Hawaii are being warned about roasting marshmallows over active or erupting volcanoes, according to the U.S. Geological Survey (USGS). And for those of you thinking “WAIT, REALLY?”—the answer is “yes, really.”

Hawaii’s Kilauea volcano eruption has been terrorizing the Big Island for a month now, and thankfully, Hawaiians are handling the news with alternative perspectives. But that could all change if people start using volcanic vents as campfires. And the issue came into question by one curious Twitter user, directed at the USGS, who asked if it was safe to roast marshmallows over volcanic vents. “Assuming you had a long enough stick, that is? Or would the resulting marshmallows be poisonous?” he asked.

“Erm…we’re going to have to say no, that’s not safe. (Please don’t try!),” the USGS replied. “If the vent is emitting a lot of SO2 or H2S, they would taste BAD. And if you add sulfuric acid (in vog, for example) to sugar, you get a pretty spectacular reaction.”

Erm…we're going to have to say no, that's not safe. (Please don't try!) If the vent is emitting a lot of SO2 or H2S, they would taste BAD. And if you add sulfuric acid (in vog, for example) to sugar, you get a pretty spectacular reaction.

For those chemistry aficionados, you know SO2 and H2S stand for sulfur dioxide and hydrogen sulfide, and those of you with a nose know sulfur smells like rotten eggs. Now, just think of what a marshmallow roasted in those gasses would taste like. The answer is not good. Although the thought of a charred, smelly marshmallow is (hopefully) reason enough for no person to ever attempt such an idiotic feat, the USGS shouldn’t have ended that tweet with “you get a pretty spectacular reaction,” because now everyone’s going to know what that spectacular reaction is, including us. 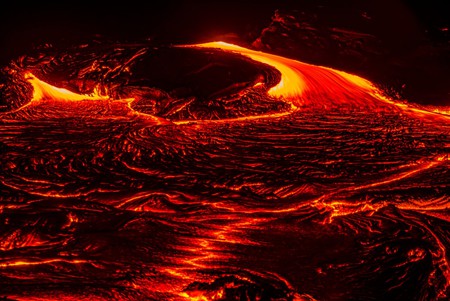 Jokes aside, Kilauea is still flagged as a Red Warning under the USGS alert level system, which means “hazardous eruption is imminent, underway or suspected,” and aviators should be advised that a significant amount of volcanic ash is being emitted into the atmosphere. The USGS is also monitoring neighboring Mauna Loa after seismic activity occurred under the volcano. Thankfully, it doesn’t currently pose a threat and isn’t erupting. However, it is still considered not only an active volcano but the largest active volcano in the world.