Hawaii Bans Toxic Sunscreen, Here’s What You Need to Know 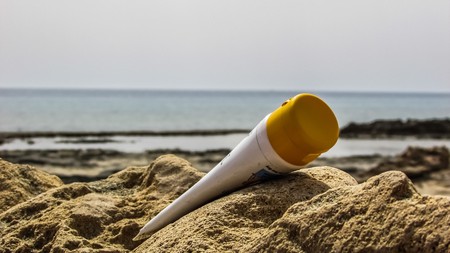 Hawaii is the first state in the U.S. to ban the sale of sunscreens containing chemicals that are harmful to coral reefs.

Every day around 2,600 visitors flock to Hawaii’s Hanauma Bay, coating themselves in sunscreen as they set out to explore the coral reef and diverse marine life. The problem? An estimated 412 pounds of that sunscreen washes off and ends up in the ocean. And while sunscreen may be great for preventing sunburns and awkward tan lines, many brands contain chemicals detrimental to coral reefs and marine animals.

In response to this growing problem, earlier this month, Hawaii became the first state to ban the sale of over-the-counter sunscreens that contain oxybenzone and octinoxate, two chemicals that scientists have found to contribute to coral bleaching.

“Hawaii is definitely on the cutting edge by banning these dangerous chemicals in sunscreens,” said state Sen. Mike Gabbard in an article, who introduced the bill. “This will make a huge difference in protecting our coral reefs, marine life, and human health.”

The ban will go into effect in 2021, but in the meantime here is what you should know to protect both your skin and the environment. 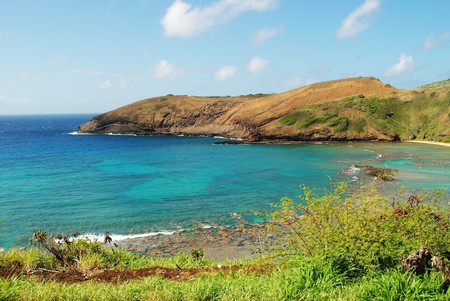 How bad is it?

Pretty bad. The main study on the impact of oxybenzone on reefs dates back to 2015. Scientists found that even just a drop of sunscreen was enough to cause significant damage to coral.

Hospitality industry hops on board

The state’s hospitality industry was quick to jump on board the sunscreen ban—several hotels are already supplying reef-friendly sunscreen for their guests. Aqua-Aston Hospitality, which operates several dozen hotels in Hawaii, teamed up with Raw Elements—an organic and reef-safe option—a year ago to provide complimentary sunscreen to guests who trade in their sunscreen containing oxybenzone at the front desk.

The Sheraton Maui Resort & Spa on Kaanapali Beach has also partnered with Raw Elements to provide sunscreen dispensers, and not to be left out, Hawaiian Airlines announced in April that they are offering samples of Raw Elements on inbound flights. They also screen an in-flight mini-doc called Reefs at Risk on all their North American flights.

What should I do?

Some cancer experts are concerned that the ban will lead to people not using sunscreen at all. The Hawaii Medical Association told the Star Advertiser that they didn’t support the bill because while there is ample evidence that sunscreen helps prevent skin cancer, there is a lack of peer-reviewed evidence on the damage of the chemicals to coral reefs.