31 Phrases You'll Only Understand if You're From Hawaii 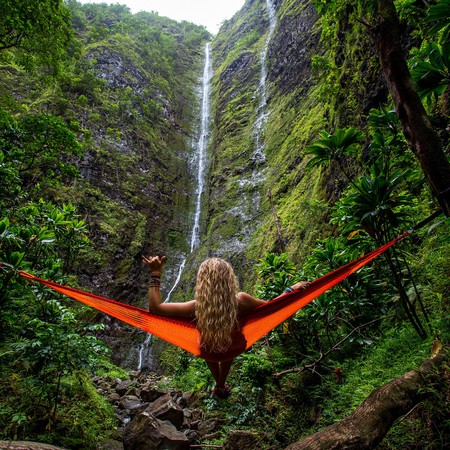 If you’ve ever been to Hawaii, you’ll know the Hawaiian people have their own unique culture and legends. Maui is named after the demigod who, according to myth, yanked the islands out of the sea and lassoed the sun from atop the Haleakala volcano. Hawaiian Pidgin is officially a language, with unique phrases you can learn about below. 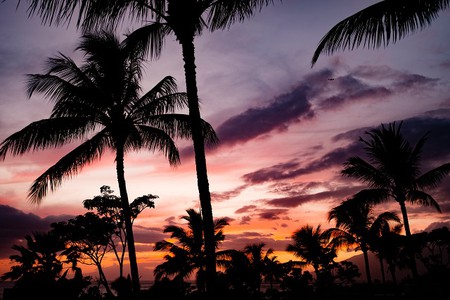 Wasted. You’re all buss when you’ve had far too much to drink. Or if something is all buss, it’s broken and messed up. You don’t want to get all buss and spend too much time in the sun.

A really big cockroach. If there’s a B-52 on your wall, it’s not an airplane or a rock band; it’s definitely a roach.

Leave. If you’re heading home from vacation, it wouldn’t be unreasonable to exclaim: “I’m so sad I have to bag Hawaii and go back to work!”

Beer in my ear

Deaf or hard of hearing. Originally, the phrase came from a Primo Beer commercial. It makes sense because it’s kind of tough to hear with beer in your ear.

Ah yeah! You say boom kanani when you’re excited and happy. Snap a great pic while you’re in Hawaii, post it on social media, and tag it #boomkanani for maximum effect.

Tired, worn out, worn down. While at a luau (a traditional Hawaiian feast), you don’t want anyone to say: “That tropical shirt is a little boro boroz, don’t you think?”

This food is delicious. If you’re at a luau wearing a boro boroz tropical shirt, but you exclaim that the food positively broke the mouth, it might just make up for the shirt.

Goosebumps. Plenty of surfers get chicken skin when faced with bumboocha (big) waves. 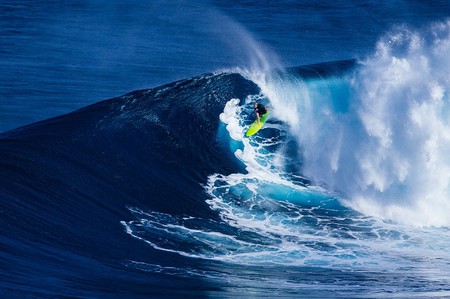 Big lips. As in: “Check out the cho cho lips on that guy, he could use them as sails.”

There he is. You probably hear this one a lot when some tourist guy stumbles off into the jungle alone and then emerges five hours later unscathed.

Good luck. Like “broke the mouth,” dog luck means the opposite of what it sounds like. It makes sense, though; dogs do have it pretty good.

An acronym meaning From the Big Island. Not to be mistaken for the Federal Bureau of Investigation.

Do your best, don’t quit. If you’re fishing for mahi mahi but can’t catch any, geev um.

The swirl in an Asian person’s hair. Hawaiian Pidgin is sometimes reflective of how many Asian tourists and inhabitants there are on the islands.

Do it again. If you’re trying surfing for the first time and you get all buss by a wave, you have to hana hou.

Back in the day, just like old days. For example: “Hanabaddah days, we used to have the islands all to ourselves.”

Laid back, happy. Not an official style, per se, but more of a philosophy.

The Japanese game from which rock-paper-scissors originated.

Originally a descriptor for a kite breaking off the string, now it means hang loose, take it easy. When you go to Hawaii it’s best to jus buckaloose island style.

A hula dance teacher. Most people who have never hula danced need a kumu hula.

A traditional dish of salted pork, chicken, or fish wrapped in ti or banana leaves and steamed or baked.

Selection of favorite local foods (grindz). When you go to Hawaii, sample the local kine grindz wherever you are.

To disgrace yourself. You don’t want to make a yourself with a bad tropical shirt at a luau.

A dazed, glassy-eyed stare. Get all buss and you’ll have a mempachi eye.

The very best, number one. Hawaii is no ka oi to visit. 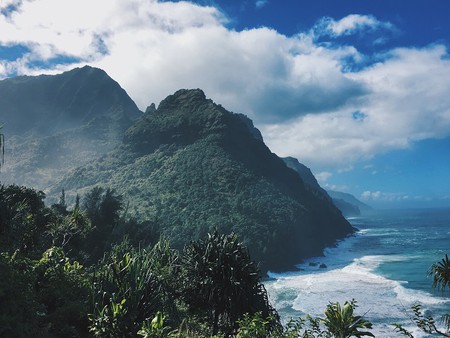 Celebration of the end of the work day. The equivalent of “Five o’clock, let’s party!” on the mainland.

A bad haircut. Very understandable, given what it looks like when a rat gnaws on something.

See you later. I’ll shoots then at the luau.

Fast. Especially appropriate since one can say “wikiwiki” very quickly.

Told you so, I knew it. Often the speaker will rub the bottom of her chin towards the person she’s talking to as she says “wop yo jaw.”