The Coolest Neighborhoods in Atlanta, Georgia 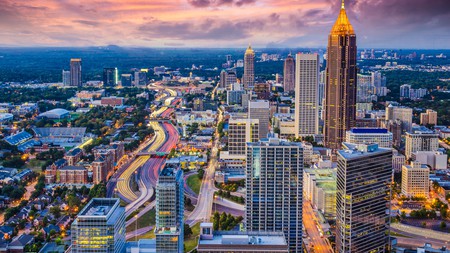 Atlanta is home to a number of vibrant neighborhoods brimming with attractions, restaurants and bars | © Sean Pavone / Alamy Stock Photo

We’ve got Georgia on our minds – chiefly because of its remarkable capital, Atlanta. The city has turned out iconic musicians, including OutKast, and it’s the birthplace of Dr Martin Luther King Jr. It also gives Hollywood and New York a run for their money in art, food, film and television. To immerse yourself in this city brimming with Southern charm, explore its coolest neighborhoods. 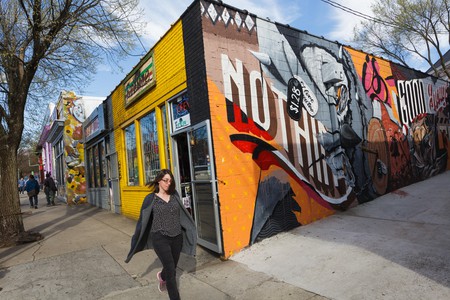 Those searching for the latest style should venture into the hip Little Five Points neighborhood. Known as Atlanta’s hippie hub, it’s where the offbeat and alternative converge to birth one-of-a-kind stores, killer restaurants and live theater. You can get inked at Sacred Heart Tattoo, grab the sounds of the underground at Criminal Records and hit the glam bar at House of Stash with an Aurora Coffee in your hand. You can also enjoy a few brews from near and far at the Porter Beer Bar and dive into the yellow-lentil-rich Nirvana soup at GoVinda’s Cafe. 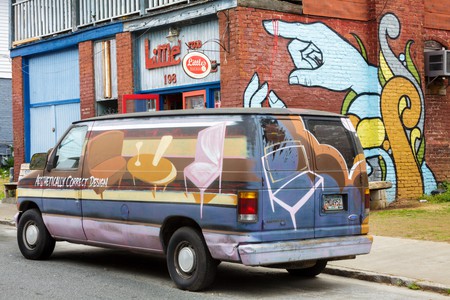 On the east side of Atlanta, Cabbagetown has a name that might make your nose wrinkle. But the community garden is one of the few places you’ll actually find cabbage. What this misnomer of a historic district lacks in greens, it makes up for in charm. It’s home to shotgun- and cottage-style homes and friendly locals. If you’re lucky, you’ll be able to visit the Chomp and Stomp Chili Cook-off and Bluegrass Festival or the vibrant Forward Warrior outdoor art celebration. Here, you can also take a tour of the historic Oakland Cemetery or grab a cold one at the deliciously dive-bar-style 97 Estoria. 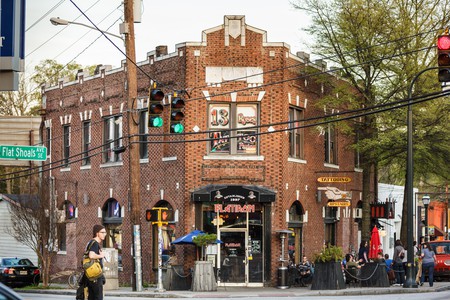 We love East Atlanta Village – a hip and trendy area just east of the city – for its walkable factor, coupled with a quirky, indie spirit. You can find live alternative music and Irish nachos at the Earl, sip espressos at the cute Joe’s East Atlanta Coffee Shop and get merry at Mary’s (voted Best Gay Bar in Atlanta many times), with its funky tiki cocktails. With tattoo parlors, cool graffiti and bars with inexpensive microbrews, this district rocks. 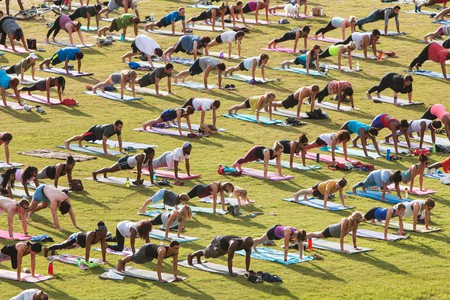 The Old Fourth Ward, simply known as O4W, is brimming with history, namely, Civil War roots – Dr Martin Luther King Jr was born and raised in the district. Home to Ponce City Market, with its sizzling global food scene, the area is up there with Atlanta’s coolest quarters. It also has brownstones that rival those in Manhattan. Graffiti adorns overpasses, while yoga takes place at the Historic Fourth Ward Park. Skateboarders spend all weekend at the Historic Fourth Ward Skatepark. On Edgewood Avenue, you can have some fun at Sister Louisa’s Church of the Living Room and Ping Pong Emporium, also known as Church.

Southwest of downtown is Castleberry Hill, one of the smartest, most stylish residential areas in Atlanta, a far cry from its past as an industrial hub. Today, this historic district is home to art galleries, expansive lofts, bars and restaurants. The residents are diverse and spend their evenings participating in many of the famous Castleberry Hill 2nd Friday Art Strolls, sipping margaritas on the patio of No Mas! Cantina or hanging out at Elliott Street Deli and Pub, where you can grab a not-too-shabby homestyle chicken salad sandwich to go with your drink of choice.

Directly east of Midtown, Virginia-Highland, or VaHi as it’s known to residents, will definitely be a drain on your wallet if you’re thinking of moving in – homes are an upmarket mishmash of large, historic early-20th-century bungalows, Colonial Revival and English cottage-style architecture. You won’t spend much on transport, by contrast, as it’s nicely walkable and has many bars, boutiques, restaurants turning out a world of cuisines, and coffee shops. Oyster lovers head to Fontaine’s Oyster House, and everyone loves little La Tavola Trattoria for plates of spaghetti with veal meatballs and Oregon pinot noir. 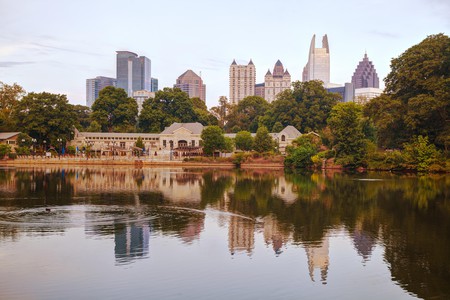 Welcome to the home to Piedmont Park, the finest green space in Atlanta. Midtown is a district of new high-rise condominiums, bars, restaurants with patios and some of the best gay bars in the city. Spendthrifts pack into Atlantic Station – a sprawling outdoor shopping space with restaurants and movies. Other must-visit sights include the High Museum of Art and the Fox Theatre. Showcasing its support for the LGBTQ community, the intersection of 10th Street and Piedmont Avenue, a hub famous for its gay establishments, now includes a permanent rainbow intersection. 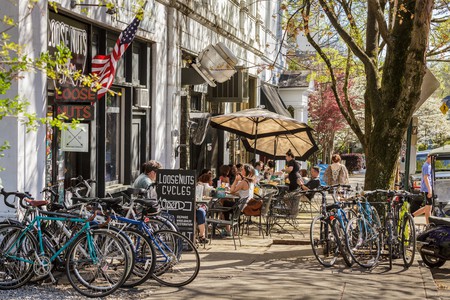 With impressive Victorian homes and mansions, this historic quarter is increasingly expensive. People visit the area for the Zoo Atlanta, which attracts more than 1m visitors annually, and the nearby Oakland Cemetery, the final resting place of Gone With the Wind (1936) author Margaret Mitchell and numerous mayors. Phenomenal restaurants and bars are everywhere, including the ghoulishly named Six Feet Under Pub and Fish House, complete with a patio overlooking the cemetery. If you’d rather have brunch, just a few doors down is Ria’s Bluebird, where people roll up for the best pancakes in the world, as decided by The New York Times. 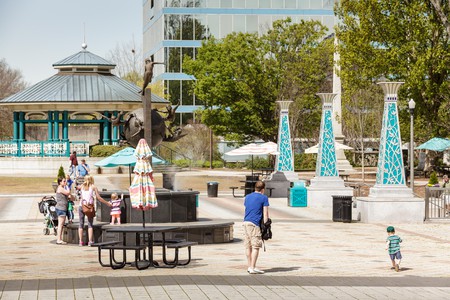 With its outdoor spaces, dining scene and more, Decatur is more than worth the 20-minute drive outside Atlanta | © Vespasian / Alamy Stock Photo

Sprawling Decatur, a 20-minute drive northeast of Atlanta, has a singular Southern charm. Blessed with impressive educational institutions (the nearby Emory University and Agnes Scott College), it’s a city in its own right, known for its eclectic downtown restaurants and bars with great outdoor spaces. Add more great schools, low crime, nightlife and diversity, and no wonder Niche.com named it the best place to live in Georgia in 2020. If you’re craving Caribbean music and tropical cocktails, you should stop by the SOS Tiki Bar, and if you want to try the best tacos and enchiladas in the area, the relaxed Taqueria del Sol is the place to go. 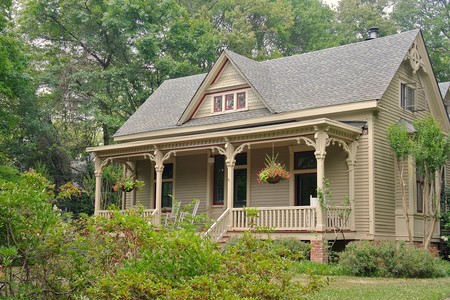 The hip Inman Park district spreads around the Atlanta BeltLine Eastside Trail, a converted railway route. It has a Civil War legacy and a varied food scene, including patio brunch spots, cafes and wine bars. For a banquet of tacos, bartaco, which has restaurants throughout the eastern USA, does a great glazed-pork-belly number. Barcelona Wine Bar Inman Park dispenses hundreds of pours that pair well with its tapas. And along with booming commercial success, the neighborhood is beautiful, with Victorian-style homes immersed in lush foliage.