Why Key West is Florida’s Best Art and Culture Destination 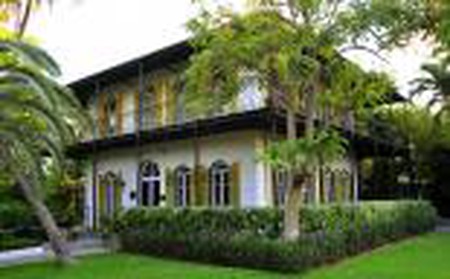 Key West has a long history of attracting creative minds, who are enticed by its unique blend of subtropical beauty, non-conforming locals and Caribbean influences. Ernest Hemingway and Tennessee Williams were among the most famous literary figures drawn to the island during the last century. Today’s enthusiasts can enjoy an eclectic mix of galleries, museums, theatre productions and arts festivals as Key West strives to retain its cultural identity for future generations. 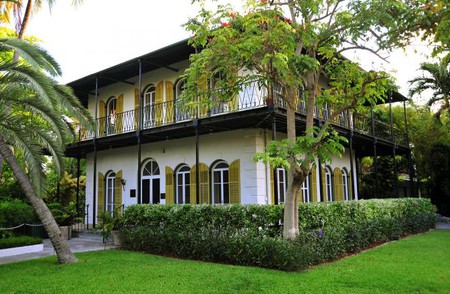 Façade of The Ernest Hemingway Home and Museum | © Rob O’Neal

Key West, the southernmost point of continental USA, has always been culturally, as well as geographically, distanced from the mainland. For this very reason it has famously attracted an alternative crowd of artists, hippies, writers and a substantial gay community. Its high proportion of liberal-minded residents has created an overwhelmingly friendly, laid-back feeling on the island. The subtropical beauty of Key West, with its rich foliage and its classical Caribbean architecture, enhances this laid-back atmosphere. However, over one million annual visitors, many of them cruise-shippers, have led to a more commercial, souvenir-driven experience in the main drags. An influx of tourists has also contributed to a reputation for heavy drinking and partying, which is a far cry from the peacefulness of its traditional bohemian haunts. Nevertheless, a good proportion of Key West’s visitors help to fuel its arts activities with both money and new ideas. Through the dedicated preservation of its cultural heritage, the island has also managed to retain some of its old charm.

One of the most popular tourist attractions is the Hemingway Home and Museum. This is where author Ernest Hemingway lived during the 1930s and fell in love with Key West. Drawn to the island’s natural beauty and the friendliness of its residents, Hemingway and his second wife, Pauline, made the decision to take up permanent residence in 1931. Prior to this, they had been living above a car showroom on Key West’s Simonton Street. It was in this apartment that the author wrote A Farewell To Arms, a semi-autobiographical novel about the First World War. Whilst living here, Hemingway also enjoyed getting to know the locals, from businessmen and lawyers, to shipwreck salvagers and fishermen. He featured these people as characters in works like To Have and Have Not, a novel based on the experiences of Key Westers during the Great Depression. 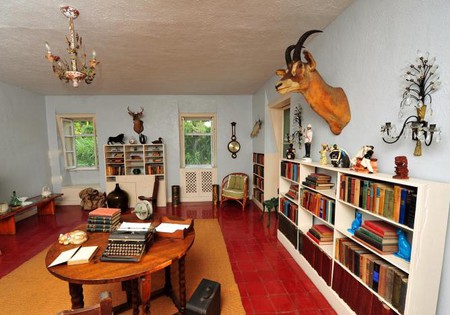 Located at Hemingway Home and Museum is the author’s fascinating studio, where he wrote novels such as The Green Hills of Africa and The Short and Happy Life of Francis Macomber. His studio is preserved just as he left it in 1940, when he divorced Pauline and moved to Cuba with his third wife, Martha Gellhorn. Hemingway continued to enjoy visiting Key West right up until his death in 1961. But he was not the only writer to become mesmerised by the island. Tennessee Williams, who wrote A Streetcar Named Desire and The Glass Menagerie, was one of Key West’s longest residing literary giants. Williams, however, kept a low profile, choosing to move from Bahama Street to the more secluded Duncan Street in the late 1940s. Key West was also a favourite destination for American poet Robert Frost, who spent the winters of 1945 to 1960 in a cottage here.

During Hemingway’s residency, Key West was suffering from economic difficulties, partly due to its isolation as an island, and partly because of the Great Depression. A government plan was devised in 1934 to promote Key West as a cultural destination, inviting artists from all over the world to spark creativity here. This inventive and resilient spirit still prevails, and can be witnessed in various organisations, such as the not-for-profit Studios of Key West. Its ambitious Artist In Residence scheme attracts over 30 nationals and internationals every year. The organisation also rents studio space to local artists, who, together with outside artists, contribute towards 22 exhibitions annually. Furthermore, The Studios maintain a diverse workshop programme and an exciting series of roots-oriented music concerts, dance performances, theatre, burlesque, and circus acts.

Another major organisation, the Key West Art & Historical Society (KWAHS), has been promoting the destination for over 60 years. It’s been at the forefront of preserving the region’s architecture, history and art for both tourists and the local community. KWAHS are stewards of three of Key West’s most important landmarks: Custom House Museum, Fort East Martello and the Lighthouse & Keeper’s Quarters. The Custom House building is a grand example of Richardsonian Romanesque architecture, lovingly renovated in the 1990s. Its Bryan Gallery is one of the best exhibition spaces for international art, especially Caribbean works. Renowned Cuban-American folk artist, Mario Sanchez, has displayed his famous paper bag drawings and colourful carvings here. Born in Key West’s cigar-making neighbourhood, Sanchez has become synonymous with the island by painting his memories of its Cuban community onto cedar wood boards.

Two further artists famously associated with Key West are John James Audubon and Stanley Papio. Works by the former can be viewed at Audubon House Gallery, adjacent to the historic Audubon House & Tropical Gardens. During his six-week Florida Keys expedition of 1832, ornithologist Audubon made a studio here for painting the region’s birds. In an entirely different vein, Stanley Papio’s scrap metal sculptures can be seen, alongside a collection of Mario Sanchez’s works, at Fort East Martello. Constructed during the Civil War, the Fort became a 20th century arts venue, hosting regular exhibitions and parties. Today, it is home to KWAH’s permanent collection, bringing together artefacts, documents and works of art relating to Key West’s cultural history.

Explore the Artistic Culture in the Florida Keys:

Key West’s theatres are further examples of popular arts attractions. The island’s Red Barn Theatre often benefits from new releases from New York City because of its distance from the mainland. The theatre has recently staged plays such as Vanya and Sonia and Masha and Spike, a Christopher Durang comedy, directed by Joy Hawkins. This quirky comedy went on tour following its success both on and off-Broadway, having received numerous accolades, including the 2013 Tony Award for Best Play. In the past, Red Barn Theatre has also produced several short plays written by famous cartoonist and writer, Shel Silverstein, a former Key West resident. Over the years the theatre has had the privilege of working with key figures, including Jerry Herman, Jimmy Buffet, and former US Poet Laureate, Richard Wilbur, who appeared on stage in a toga for a production of one of his Molière translations. 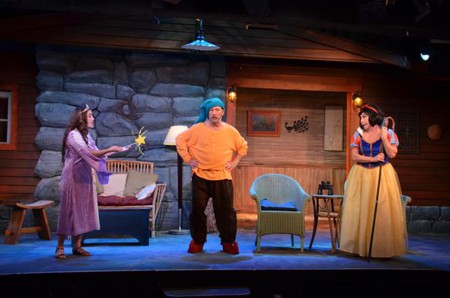 Vanya and Sonia and Masha and Spike, written by Christopher Durang and directed by Joy Hawkins, February 2014 | © Red Barn Theatre

Named ‘The Best Professional Theatre in Florida’ by Florida Monthly Magazine, The Waterfront Playhouse is a further jewel in Key West’s crown. For over 70 years, locals and tourists have been enjoying a diverse programme in its intimate, 150-seat theatre. Some of its past successes have included, amongst others, Lend Me a Tenor, Dirty Rotten Scoundrels and the world premiere of Carl Hiaasen’sLucky You. The theatre is also well positioned in Mallory Square, the location for Key West’s lively Sunset Celebration. This nightly celebration features art and craft stalls, street performers and even ‘psychics’, all keeping the crowds amused as the sun sinks over the Gulf of Mexico. 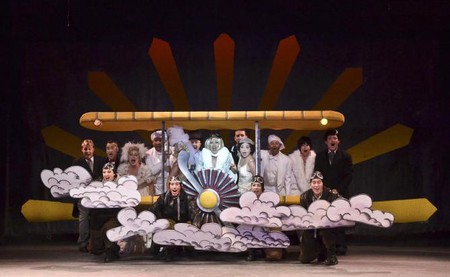 Key West may have lost some of its old world charm, especially through the arrival of mass tourism. Nevertheless, its traditional arty, bohemian character can still be experienced just a few steps back from the main thoroughfare of Duval Street. To the east of this street lies classical architecture with beautiful gardens, where many of the galleries, restaurants and guesthouses can be found. To the west is Bahama Village, an area still clinging on to its Caribbean heritage. Across the island much effort has been made to preserve Key West’s cultural identity, especially through the promotion of festivals, such as Hemingway Days, the Robert Frost Poetry Festival and the annual Key West Literary Seminar. It may not have quite the same appeal as in Hemingway’s day, but Key West is still a unique cultural destination enjoyed by many.

Nevada | Las Vegas Gets an Arts and Culture Face-Lift