The Top 10 Things To Do and See in Tampa 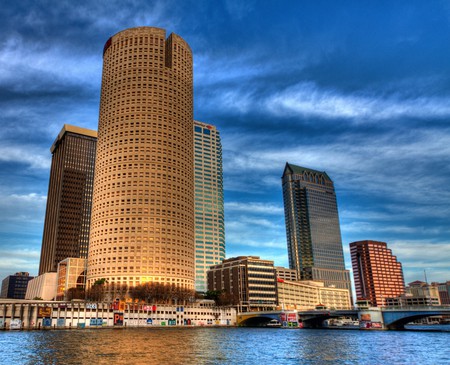 Off the west coast of Florida, alongside the Gulf of Mexico, is Tampa – a large and bustling city full of commerce and culture. With Tampa’s natural beauty, cultural history and tourist attractions, there’s always a new adventure to have. Here are some of the top things to do and see while in Tampa. 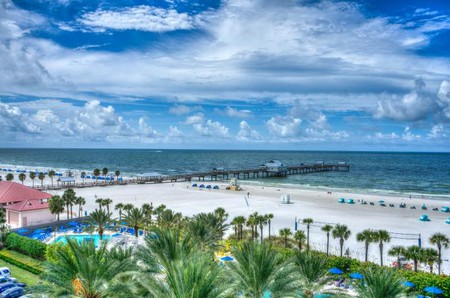 Go To The Beach

Much to the enjoyment of locals and visitors, Tampa is beach-friendly city practically all year-round. The ever-popular Clearwater Beach is a must visit to those craving a beautiful beach with a number of restaurants and clubs for a night out. Local favorites that are a bit away from the buzz but still just as beautiful include: Indian Rocks Beach in Pinellas County and Honeymoon Island State Park. Pay a visit to any of these beaches for an experience you can’t find anywhere else. 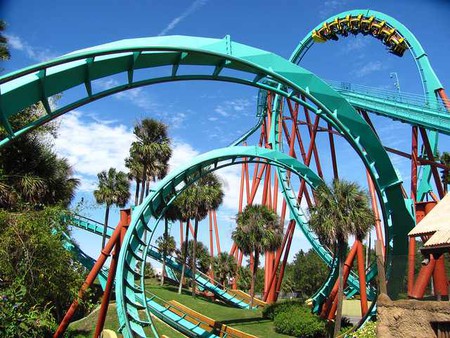 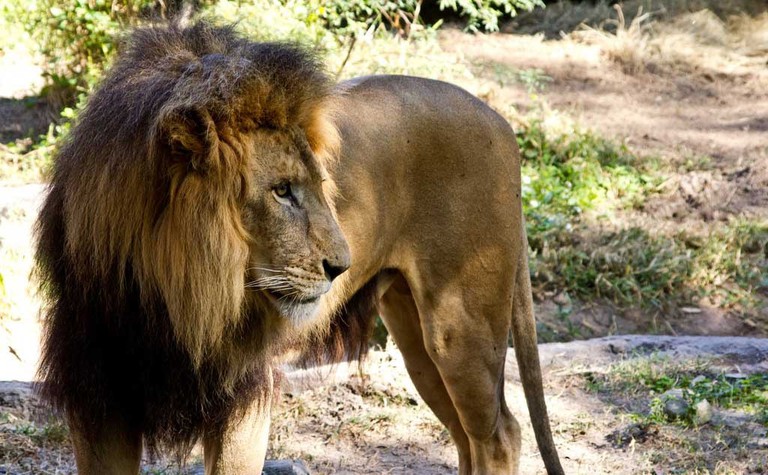 Lion at Busch Gardens, Tampa | © Scott Akerman / Flickr
One of the most visited theme parks in America, Busch Gardens Tampa is a 335 acre African themed park with a speciality for adrenaline inducing roller coasters. Favorites include “SheiKra”, which has a 200 ft high monster with a 90 degree plummet, and “Montu”, the twisting roller coaster that has seven inversions. Though the roller coasters now draw in the crowds, Bush Gardens started its life as an animal park and remains today one of the largest zoos in North America, home to 12,000 animals including giraffes, hippos and cheetahs.

Ybor City is a historic neighborhood in downtown that was founded in the 1880s by cigar manufacturers and housed thousands of immigrants, most notably from Cuba, Spain and Italy. Go to the Cigar Museum and Visitor Center for an inside look on the history of this neighborhood and take a walk down 7th Avenue, which in the past has been rated one of the “Great Streets in America” by the American Planning Association. Come to Ybor City for an experience that is solely unique to Tampa and its history.

Join the Raid of Gasparilla

Every year on the last Saturday of January, Tampa holds the Gasparilla Pirate Festival, inspired by the local folklore legend of José Gaspar, a Spanish naval officer who turned to piracy. A mock “invasion” of hundreds of ships from the Gulf to the shores of the city is followed by a “victory” parade down Bayshore Boulevard. Often compared to the Mardi Gras festival in New Orleans, this festival is a special piece of Tampa’s cultural history. 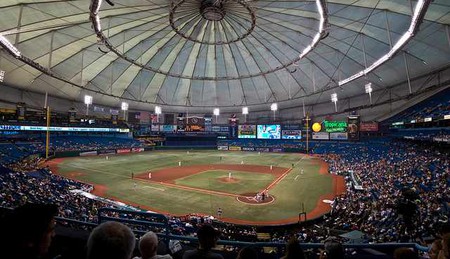 Go to a Game

The Tampa Bay area is home to multiple professional sports teams. See the NFL’s Tampa Bay Buccaneers play in downtown’s Raymond James Stadium or head to Tropicana Field to watch the Tampa Bay Rays play some quality baseball. Hockey fans just need to head down to the Channelside district to watch the Tampa Bay Lightning play in the indoor Amalie Arena. Fans of collegiate sports can support the University of South Florida during football and basketball season or head downtown to the see the University of Tampa Spartans battle it out on the baseball diamond. 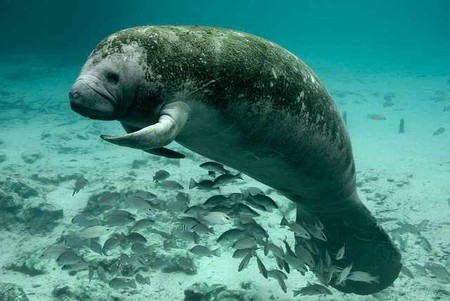 Although it’s only open from November through April, a 25 minute drive to the Manatee Viewing Center off Apollo Beach is a one-of-a-kind experience. When the water in Tampa Bay gets below 68 degrees Fahrenheit, the manatees go to the Tampa Electric Company’s power station to enjoy the warm water that is discharged from the plant. As a result, the company opened a viewing center for locals and tourists to view groups of these special and graceful aquatic mammals. 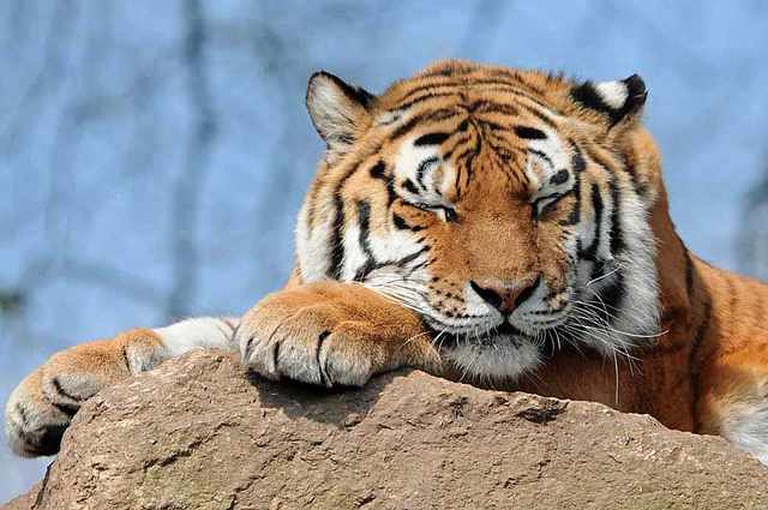 Tiger | © Ross Elliot/Flickr
Opened in 1957, Tampa’s Lowry Park Zoo is spread out over 63 acres of land and is Florida’s center for wildlife conversation. The zoo is also operated by the Lowry Park Zoological Society, a non-profit, charitable organization. Lowry Park offers educational experiences for schoolchildren throughout the city and state. Come to the zoo to see a diversity of animals from nearly every continent in the world. 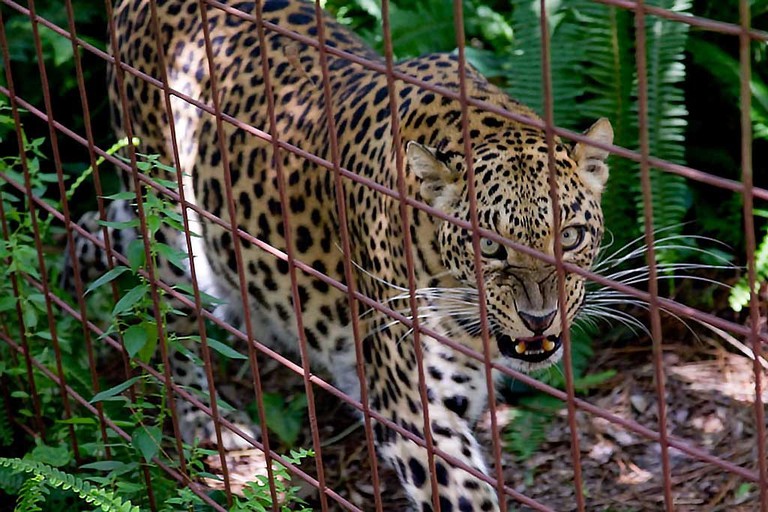 Big Cat Rescue, Tampa, Florida | @ Becker1999 / Flickr
A unique and somewhat unknown aspect of Tampa to those not from the city is Big Cat Rescue, one of the world’s largest sanctuaries for exotic “big cats.” The 67 acre plot houses around 80 cats – including species of lions, tigers, bobcats and cougars – all of which were abandoned, abused or orphaned before being rescued by the sanctuary. Come here for an experience that is unlike any animal establishment you have seen before. This place is not a zoo; it’s a center of peace for these beautiful animals.

For all those anglers out there, or those who just enjoy being on a boat in open water, Tampa won’t disappoint. Choices of saltwater, freshwater and deep-sea fishing give a wide variety of settings and species of fish to catch. Guided fishing tours are also readily available for half-day or full day expeditions. Check out Tampa Bay Fishing Guide, Tampa Fishing Charters and Queen of Fleet Deep Sea Fishing for some of Tampa’s best fishing guides. 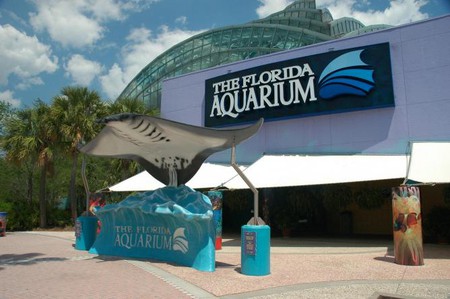 Aquarium
Facebook
Email
Twitter
Pinterest
Copy link
Share
Down on Channelside is the Florida Aquarium, home to thousands of animals and plants from all over the world. The aquarium is an educational center for students across the state, and has large plots of simulated environments compatible to the species of animals and plants it houses in each exhibit. Check out the large coral roof community in the aquarium, which is housed in a 500,000 gallon tank.
Brendan Scully
Give us feedback