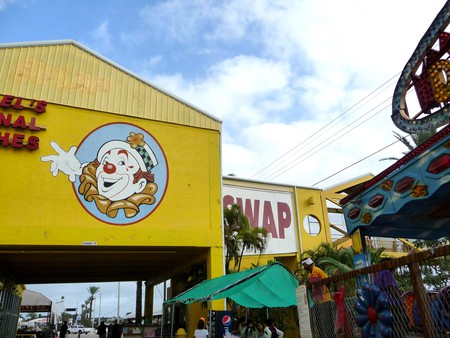 We want to welcome you to the world’s biggest daily flea market, at the Swap Shop in Fort Lauderdale, Florida. Just like we’re not going to let you go to Paris without options for the best bistro, we’re also not going to let you travel to Fort Lauderdale without letting you know about the famous Swap Shop – it features approximately 2,000 vendors selling items at flea market prices after all! You’ll find everything you’re looking for – old and new – and some unexpected treasures, too.

The Swap Shop is situated at 3291 West Sunrise Blvd., between I-95 and the Florida Turnpike in Fort Lauderdale. It’s open Monday – Friday 8:00 a.m. to 5:00 p.m.; on Saturday and Sunday the shops stay open a little later, till 6:30 p.m. Some hotels will actually arrange transportation to the Swap Shop. Visitors also can take the Tri-Rail to the Swap Shop on Saturdays from points throughout Broward, Palm Beach, and Miami-Dade counties.

What originally started out as a drive-in movie theater in 1963, eventually became the Swap Shop that we know and love today. Started by Betty and Preston Henn, it was called the Thunderbird Drive-In Movie Theater, which at its inception only had the one movie screen. In 1966, the Henns began using the site for a weekend flea market. The main building, which opened in 1979, served as an open-air food court with vendor booths lining the perimeter. In 1988, the building was enclosed and upgraded with air-conditioning. The following year, the Henns began offering regular concerts and brought in a circus to offer daily performances. They also added a carnival, video game arcade, and a variety of other attractions. 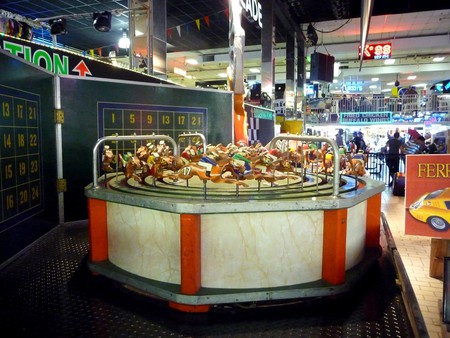 The Swap Shop has plenty of fascinating, and often times vintage, attractions | Courtesy of Herb Neufeld/flickr

For those of you who don’t support circuses with animal performances, you’ll be happy to know that as of this year there won’t be any more animal acts or enclosures at the Swap Shop. Your conscience can rest easy, knowing that you’re supporting an institution that has learned its lesson and has acted in the best interest of the animals.

Today, the Swap Shop is south Florida’s second-largest tourist destination, attracting visitors from the United States, Canada, and other countries around the world, with more than 12 million people visiting each year. With its exuberant atmosphere the Swap Shop is a place that you can spend an afternoon at just looking at the knock-offs and used items, some tempting, some just laughable. That’s the whole charm of the place; you never know when you might stumble on a great deal! 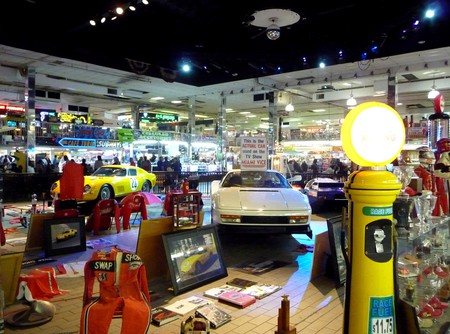 Complete with food, arcade games, clothing and accessories for men and women, furniture, toys, and much, much more, the Swap Shop has earned a reputation as a place where you can find just about anything that you might need for the right price. Not limited to just a flea market, the Swap Shop also draws in automobile lovers who come to check out the car museum. And the drive-in movie theater is still as popular as it was in the 1960s and 70s – you can find a list of upcoming movies on their website.

If all that wasn’t enough, the Swap Shop also has one of the best farmers’ markets in town, where you’ll find a great selection of quality produce at low prices, and it’s open seven days a week! 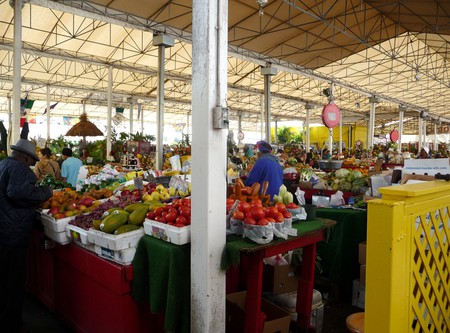