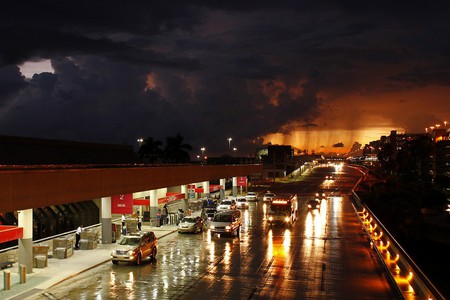 In Lauren Groff’s new collection of stories, Florida’s exuberant energy is channelled through her arresting prose. A place of worn-out air conditioning units, reptile-filled swamps and threatening skies, Groff’s characters are vulnerable and fragile but resilient to nature’s omnipresent power.

Lauren Groff’s new collection of stories, Florida, is both timely and timeless. Timely in that its release coincides with Florida’s recent moment in the cultural spotlight; the Oscar-winning Moonlight and Oscar-nominated The Florida Project both take place across the state’s disparate landscape, from its moonlit beaches to its snake-filled swamps. Timeless because it captures the peninsula’s overbearing pressure on the individual through its rigid social frameworks (particularly against women) and the ever-present threat of its wild nature. Groff’s Florida is not just a place, but a particular kind of energy.

Since her first collection of short stories Delicate Edible Birds (published in 2009), Groff has become best known for her novel Fates and Furies, a deft examination of marriage, loved by critics, readers and even former president Barack Obama. Nearly a decade on, her approach to short form is still refreshing and original.

“I have somehow become a woman who yells” reveals the narrator, a mother, in the opening story ‘Ghosts and Empties’, as she sets out for a nighttime walk, her new method of relaxation. As she wanders her neighbourhood, she spots mothers in illuminated windows “bent like shepherdess crooks, scanning the floor for tiny Legos or half-chewed grapes,” and is perturbed by a “man who hisses nasties as he stands under the light outside a bodega.” Caught between domestic responsibilities and external predators, the spaces in which Groff’s women can flourish feel small.

The theme of loneliness is explored through absence and abandonment. In ‘Dogs Go Wolf’, the most moving story of the collection, two young sisters are inexplicably deserted by their mother, and survive by munching frozen peas and chewing cherry ChapStick. Such an image is characteristic of Groff, who has a tendency to disturb and disarm the reader in equal measure. In ‘The Midnight Zone’ and ‘Yport’, wives are deserted by husbands too preoccupied by work for what they see as domestic trivialities, while in ‘Eyewall’ a daughter sells one of her ovaries for the sake of her father’s career. And in ‘At The Round Earth’s Imagined Corners’ (a story so dense it could be turned into a novel), a sensitive boy named Jude growing up in post-war America is abandoned by his mother and father: “He thought of himself as an island in the middle of the ocean, with no hope of seeing another island in the distance, or even a ship passing by,” writes Groff. 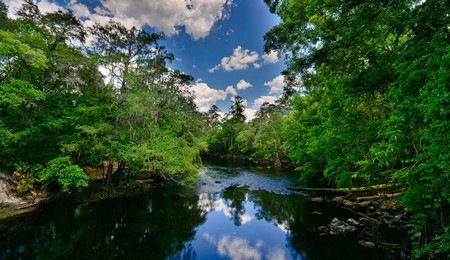 'Human loneliness in sharply contrasted with the unruliness of nature.' | © Walter / Flickr

Human loneliness is sharply contrasted with the unruliness of nature. In Groff’s stories, we are introduced to Florida’s natural environment as “feral cats dart underfoot” and “bird-of-paradise flowers poke out of the shadows,” while the overbearing smell of “oak dust, slime mold, camphor” pours out from the page. Lizards do “push-ups on the sidewalk” and houses border swamps “that [boil] with unnamed species of reptiles.” These visceral descriptions of natural life, scattered throughout Groff’s prose, provide a backdrop that is as sweet and perfumed as it is menacing.

But it is the storms that threaten the most. Here, Groff is less interested in their material devastation, but rather their role as signifiers of humanity’s smallness. In ‘Salvador’, a story of a woman caught in a furious rainstorm, the narrator writes: “Worse than being in the storm was not knowing what the storm was doing,” a brutal reminder of man’s helplessness against the fury of nature. It is in this space, where Groff reveals the chasm between our solipsism and the indifference of the universe, that the author’s prose reaches its peaks: “The moon is, in fact, laughing. But it is not laughing at us, we lonely humans, who are far too small and our lives far too fleeting for it to give us any notice at all,” she writes.

Groff fails to sustain the blistering energy of her first three stories (‘Ghosts and Empties’, ‘At The Round Earth’s Imagined Corners’, ‘Dogs Go Wolf’) throughout the collection. Her weaker stories prioritise dialogue over narrative, and in the final story, ‘Yport’, the glaring overuse of the word ‘beautiful’ detracts from what is an unsparing and humorous portrait of the complications of parenting.

But even in her less polished stories, Groff’s ability to animate that seat of artistic delight that sits between our shoulder blades (to paraphrase Vladimir Nabokov), through a single line, is mesmerising. Her prose is mercurial, as balmy and lethargic as Florida’s heat, as surprising and volatile as its winds. It gets under your skin.