A Brief History of the Cuban Community in Tampa, FL 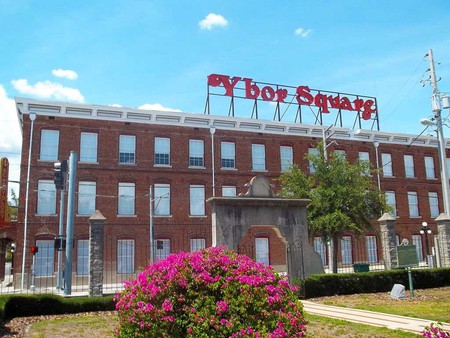 Tampa’s Cuban history dates back to the 1520s when Spanish explorer Hernando de Soto sailed from Cuba to visit the area. It was hundreds of years before Vicente Martinez-Ybor would bring the cigar industry to Tampa in 1886, creating historic Ybor City. In The Immigrant World of Ybor City, Gary R. Mormino and George E. Pozzetta tell the story.

Vicente Martinez-Ybor’s family came from Valencia, Spain. He immigrated to Cuba and originally built his cigar factory in Key West, utilizing the help of many Cuban workers who had moved over from Havana. He was attracted to nearby Tampa by its space, fresh water and accessibility to the railroad. His New York colleague Ignacio Haya, a cigar factory owner as well, also moved to Tampa. 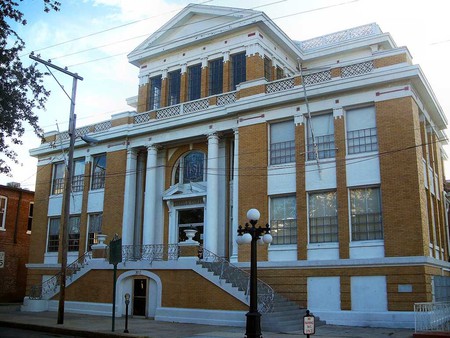 Ybor City was born, but it wouldn’t only house hundreds of cigar factories. It also included supporting businesses as well as affordable employee housing. For immigrants from Cuba, Spain, and Italy, it offered a better quality of life with employment and upward mobility. Through mutual aid societies, immigrants also spread the wealth to take care of each other.

In nearby West Tampa, more cigar factories would arrive, built by attorney Hugh McFarlane who also offered access to affordable housing to fuel growth. Today, this area is known as the West Tampa Historic District.

José Martí & the Cuban fight for independence from Spain

José Martí was a Cuban philosopher, poet, and journalist who traveled to Tampa many times to advocate Cuban independence from Spain due to high taxation in the colony. Slavery also still existed on the island despite being abolished in the United States in 1865. He was a much-loved figure in the community, and his events were well attended. 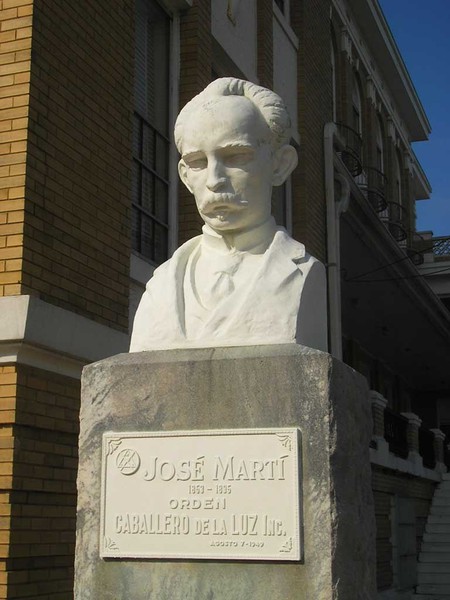 Martí’s impassioned speeches in Ybor City and West Tampa encouraged the Cuban cigar workers to send both emotional and financial support to the Cuban resistance. Cuba abolished slavery in 1886 and achieved independence from Spain in 1898 with help from the United States and the Spanish-American War.

At the peak of the cigar industry in 1919, Tampa once produced 410 million cigars. While they were highly productive, there had been regular unrest in the labor force. The El Lector was a reader who was brought into factories so that workers could listen to books and newspapers while they worked. In the beginning, this worked well, and the workers heard stories of Cuba’s struggle for independence. After that had been won, however, content was increasingly radical, leading to worker strikes. The practice was eventually discontinued. After 1920, the cigar industry increased automation, had machines roll the cigars and brought in less-experienced staff for lower pay. 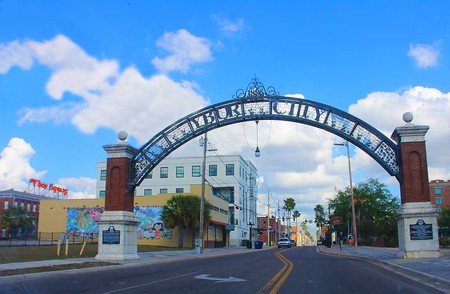 In the late 1920s, as the Depression unfolded, expensive hand-rolled cigars were becoming a luxury, increasingly replaced by more affordable cigarettes. While business was slowing down, in 1962, the embargo of items from Cuba cemented the end of the cigar industry in Tampa as most factories could no longer import fine Cuban tobacco to make their product.

After the cigar industry had fallen, the construction of suburban developments and interstate highways dispersed people from Ybor City. Workers were displaced into trades and businesses with their children gaining access to higher education and entering the professions. As more refugees arrived during the Batista and Castro years, Cubans moved increasingly to West Tampa or the suburbs, which was happening around the nation in urban areas. It was not until the 1980s that artists began returning to Ybor City, and the restoration of the historic district began.

Though early victims of discrimination, Cuban Americans have now risen to prominence in the highest levels of government, entertainment, and the professions. Ybor City retains its Latin roots but has been revitalized to attract tourists, shoppers, and diners. If you would like to learn more about Cuban history in Tampa, there are several ways to do so through the Ybor City Museum State Park, taking a Historic or Cigar Tour of Ybor City, or by following the José Martí Trail.