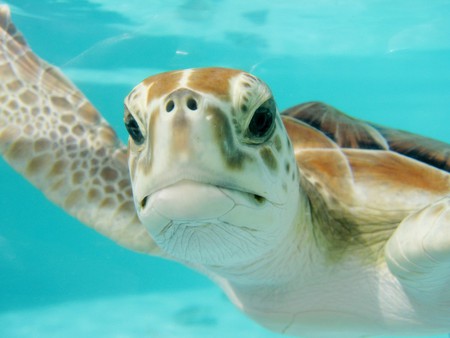 The world’s first sea turtle veterinary hospital in Marathon, Florida, is a nonprofit dedicated to rescuing, rehabilitating and releasing sea turtles back into the ocean. Housed on the grounds of the former Hidden Harbor Motel, the Turtle Hospital is a rescue center for injured turtles of five different species in Florida, including the Hawksbill, Kemp’s Ridley, Green, Loggerhead, and Leatherback.

Located along the Florida Keys, the Turtle Hospital is keen on raising awareness for ocean safety and is also open to the public. Here are eight things you can see and do while visiting the facility.

Take a guided educational tour of the facility. The 90-minute tour includes a presentation to teach about the hospital’s services and lessons in practicing ocean safety to prevent the injury of these sea creatures.

About 50% of sea turtles living in warm climates suffer from Fibropapilloma, a virus which impairs vision, eating and breathing, among other problems. Turtles suffering from this disease can easily become victims of shark bites, boat collisions, and other fatalities. (The hospital also treats turtles for this disease.) 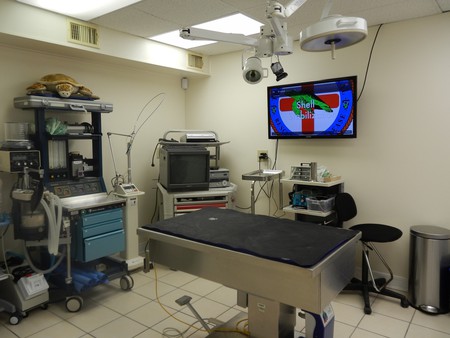 The facility owns three ambulances to pick up and rescue injured sea turtles on the beach.

Observe the rehabilitating sea turtles in their semi-natural environment. The hospital is home to several rehab enclosures where they keep injured turtles that are being nursed. While many will be rehabilitated and released in the future, several others have sustained injuries that will make it impossible for them to return to the wild. Visitors can get to know the permanent sea turtle residents.

Many of the resident sea turtles have had hatchlings, and the tiny sea creatures are on view. In general, sea turtle eggs buried in the sand hatch and crawl out of their nests at night and head toward the water guided by the light of the sky that reflects off the ocean. However, artificial lights on the beach can disorient them and lead them to head inland instead of the ocean. The facility collects those that go astray and returns them to the sea. The beachfront hospital has assisted more than 2,000 hatchlings gone astray. 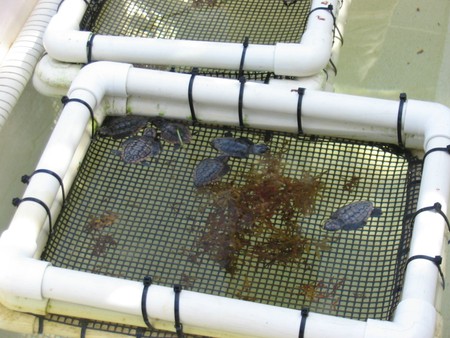 After the presentation and tour of the premises, visitors are invited to feed the turtles. Loggerhead turtles feed on crabs, lobster, and conch. 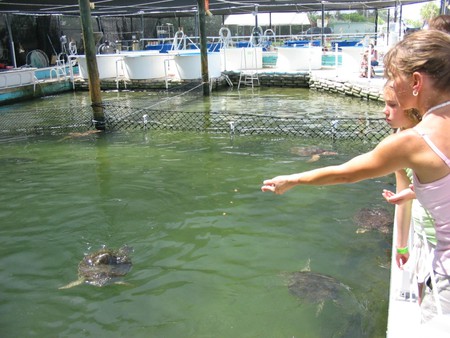 You’ll have to check their calendar for upcoming events, but the hospital does hold public turtle releases free of charge. Observe the thrilling moment of a rescued sea turtle swimming back into the ocean! 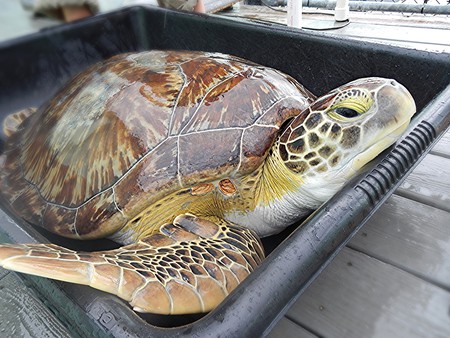 Five permanent resident sea turtles are available for adoption. Your contribution of $35 a year will provide food and medicine for your adopted sea creature. Plus, guardians will receive a photo, biography, and certificate of adoption!